By the time Isaac moved to Longview in 1942, Lovell and Walt both had children, and Vernon was engaged to be married. Ivan, fresh out of Sidney High School, stayed with Lovell and Reatha while he attended business college in Longview. Bob, Vernon, and Ivan all served in the armed forces during World War II. 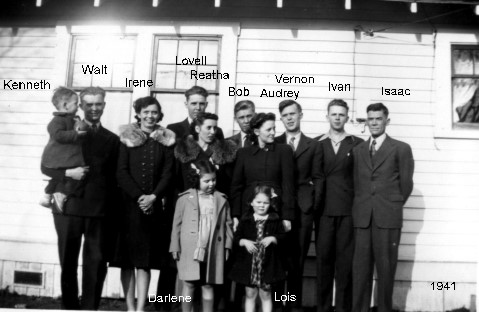 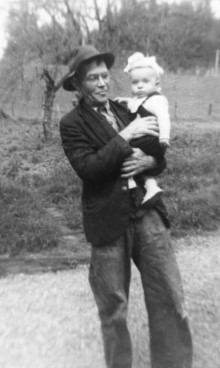 I was born six years later. I believe Isaac had worked in the mills for a few years, but by the time of my earliest memories, he had retired, and was living on a few acres of land just one mile from my parents’ home. As soon as I was old enough, my folks encouraged me to walk or bicycle to Grandpa’s to spend time with him, which I did very frequently through the mid to late 1950’s. He lived in a tiny attic apartment while renting out the rest of the old farm house. There was a single milk cow, a vegetable garden, and about a dozen fruit trees, mostly cherries, from which he sold the produce to supplement the rent and his Social Security income.

Grandpa and I played many games of checkers and cribbage, and walked to a nearby slough to fish for crappie and perch. I regret that it never occurred to me to ask questions about his earlier years. However, other grandchildren who did ask got very little information for their efforts. I was told that cousin Kenny once asked grandpa what his wife had been like. His response was, “Why do you want to know?”

All five of Isaac’s sons eventually had families, some of them quite large. By 1957 there were 16 grandchildren (all pictured below); the final count reached 22. 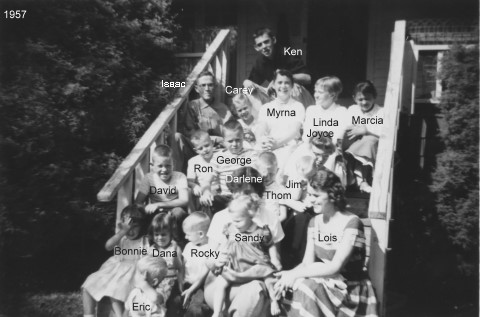 By the late 1960’s, Grandpa had grown quite feeble. He lived with my parents for several years, then moved to a nursing home, where he died at age 85. 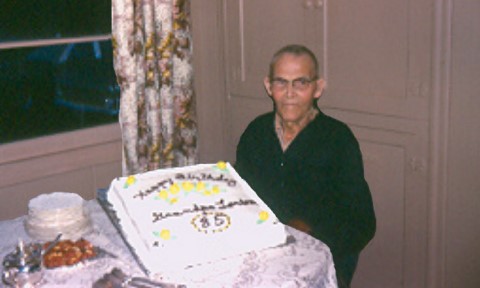 He is buried at Sunnyside Cemetery near Skaar, ND, not far from the old homestead. Also buried there are his wife Anna, and my father, Lovell, who died just a few months later. 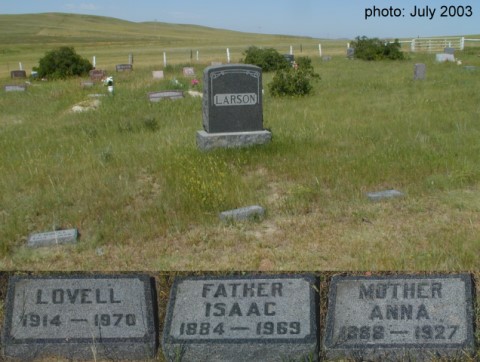