I was most grateful to receive this week the autobiography of Uncle Ivan Larson, the youngest of Isaac’s five sons. It is a fascinating 20-page document, filled with pictures, and a summary of his 85 years, up to now. Among other remembrances was the detailed account of his service in World War II, where he saw combat in the famous and decisive Battle of the Bulge. That will be coming in a future post, along with the WWII experiences of two other Larson brothers, Bob and Vernon.

For today, I would like to quote from Ivan’s account of his early life, which offers some new facts about the time just after his mother’s death, described earlier in Ike and the Boys.

My mother died on August 2, 1927, one month before my fourth birthday. My Dad had made arrangements during the early part of the year to move the family to Parkland, Washington and had sold the livestock and leased the farm to a neighbor. After my mother’s death he couldn’t bear to leave for Washington and since he had leased the farm we had to find a new place to live. We moved to the Erickson farm about a mile away and about a quarter of a mile from the Shadwell School. My Dad’s sister, Lucy, spent two summers with us to keep house and do the cooking while the farm work continued. We lived on the Erickson place for about three years and at the end of the lease on our original home, about 1930, we moved back. 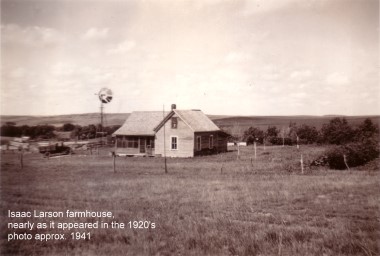 This picture was taken in 1928 while we were living on the Erickson place: 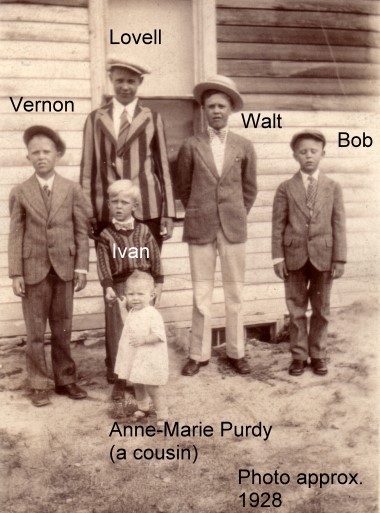 While on the Erickson place I started school in September 1928 at the age of 5 years. It is said that since there was no one at home to care for me during the day I kept following my older brothers to school and the teacher finally said I might as well start school as long as I was there anyway. Thus, I got an early start in school and finished high school in 1940 at the age of 16.

After moving back to our old place I had a little over a mile to walk to school. Shadwell School was a one room school with no electricity or plumbing, as was our home. I completed elementary school in 1936. In all those eight years the total enrollment in any one year was never more than 12 students—some years there would be some grades with no pupils. 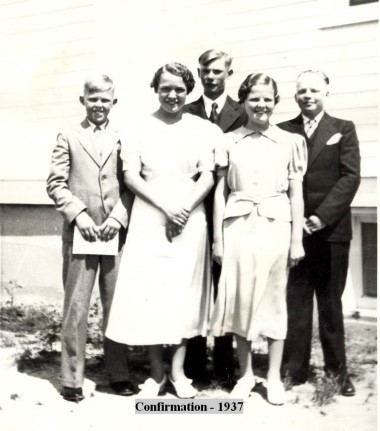 (End qoute) We’ll leave it there for now. Once again, “Tusen Takk” to Uncle Ivan.