The Brush Creek church (see previous post) is located near the junction of Highway 33 and Norwegian Valley Road (1). Each square on this map represents one square mile. Note that at the upper end, elevation-wise, “Norwegian Valley” adjoins “Irish Ridge,” an ironic but fitting reminder of the interaction (not always cordial) between Irish and Scandinavian immigrants.

About a mile up the valley from the church is Ole Larson’s farm(2). The farm was lost to the family during the Depression, and has not been farmed for many years. The house was lived in (but not maintained) until just a year or two ago, judging from its appearance. The main structure is still fairly straight, but both of the porches, lacking  foundation, are sagging badly. 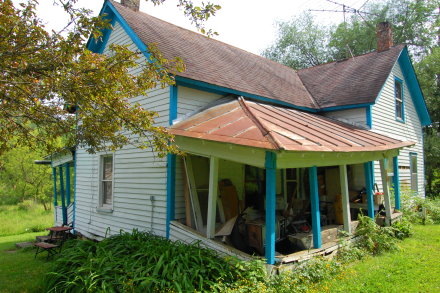 It has obviously been through many renovations, but according to Aline and Clarice, is the same structure where Ole lived and raised his family from about 1874 until his death in 1908.

I don’t know in what period poured-concrete silos were in vogue, but this one looks pretty old. 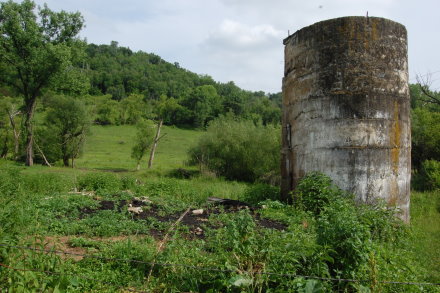 The ashes alongside must be from a burned-down barn. There remain a couple of the original outbuildings, along with a more recent concrete-block silo. 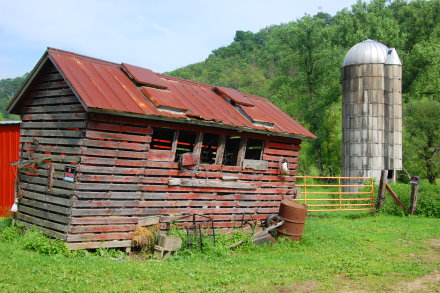 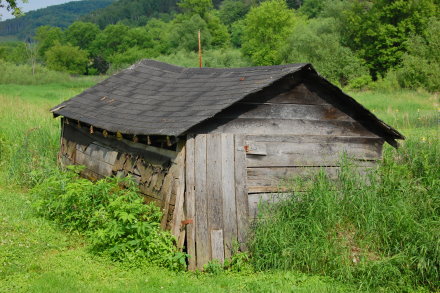 This tractor certainly doesn’t go back to Ole; he most likely never saw a tractor, nor an automobile, on his farm. But I’d guess it predates World War II. 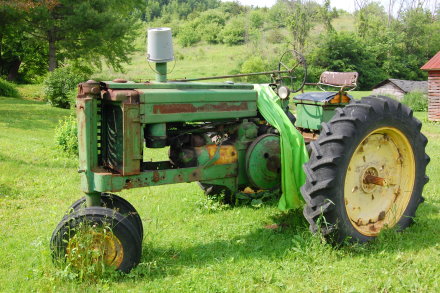 As you can see from the backgrounds, the land has gone from field, to weeds, to brush, and some of it to forest. But memories remain.