Perhaps I was a bit hasty to pooh-pooh the value of the packet I received from the National Archives. For one thing, it puts an end to my speculation that Smith lied about his age to enlist for WW one. It wouldn’t have worked in his case, since there was record of his first enlistment in 1906. 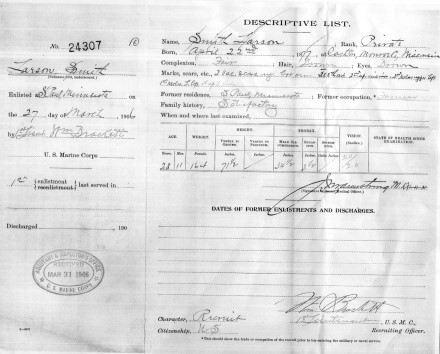 And when “The World War” came around, it turns out that Smith was first denied reenlistment. 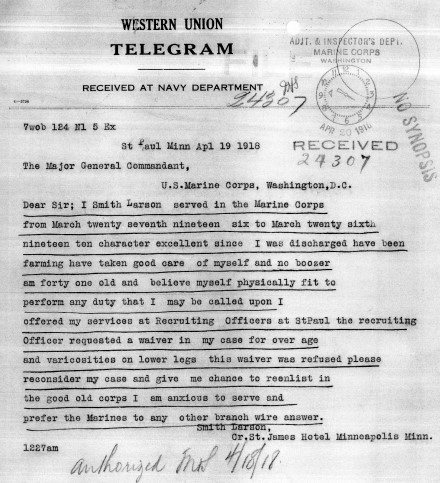 The appeal succeeded, as we know. With apologies to cousin Aline, who I’m sure used the best available sources, I am leaning toward this birth date of 22 April 1877, rather than the one in “Larsons and Slettens” (14 April 1876).

It also provides at least a piece of evidence (not too reliable) that Smith was actually living and farming in North Dakota prior to the war. Couple that with the statement in his obituary (even less reliable), that Smith “disposed of his farm” to reenlist, and one might look to the year 1918 for the transfer of that land to Isaac.

But that brings into question just where Isaac, Anna, and their first three sons lived until then? In some other, long-gone, house? In “Uncle Smith’s” house (why?)? Any ideas?