I just got back from a trip to northern California. The main purpose was to celebrate my mother-in-law’s 94th birthday, but I made a side trip to visit (second)  cousin David Kasold, the grandson of “Aunt Lucy,” Louise Larson. David has several old photo albums, apparently assembled by his mother Edna, but containing snapshots from Louise (most likely taken by Smith Larson). Some of these photos I have seen before, but most of them are new to me. The latter include the earliest photos yet of Waldemar and Lovell. The first one is positively Walt; a similar but less clear shot is labeled as such.

Next is obviously Isaac and Walt on the right. The other man and child are less certain; after some very insightful comments (see below), I am fairly settled on Isaac’s close friend Con Brunsvold and his eldest son Howard (who was about Walt’s age). 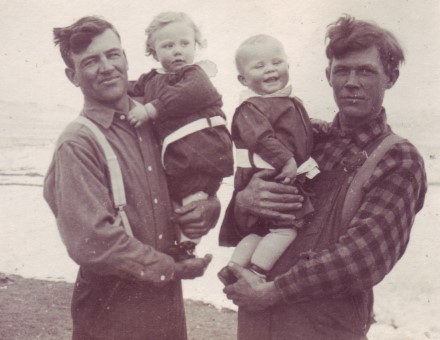 Below must be the earliest photo yet known of Lovell. 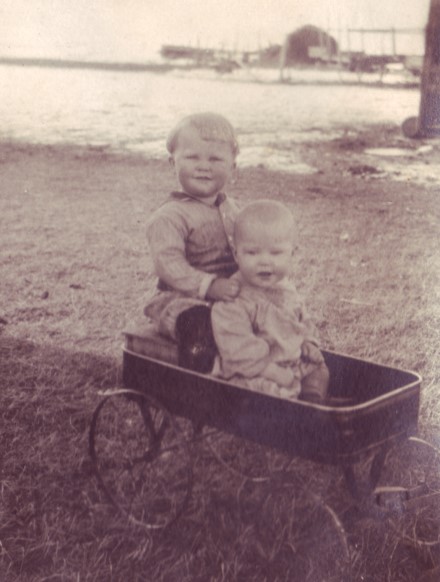 Finally (for today), the two of them with a barnyard pet. 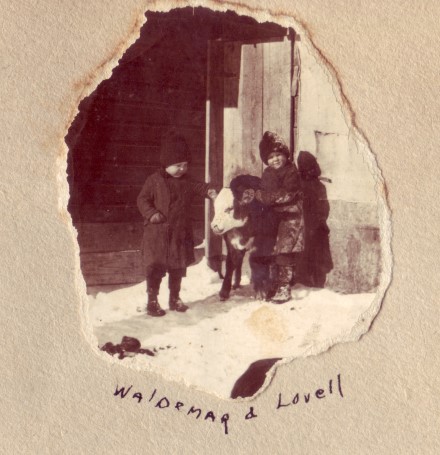 This is a luxury, very few of these are labeled at all. Next: some large group shots with identity crises.