Back in 2010, cousin Gail Myers (R.I.P.) sent me two original letters sent to my grandfather Dan Myers from his elder brother Gene (Harry Eugene Myers) in 1898. The letters had been in possession of Gail’s brother Larry. Both of the letters were in a single envelope, in which apparently was sent the second of the two. 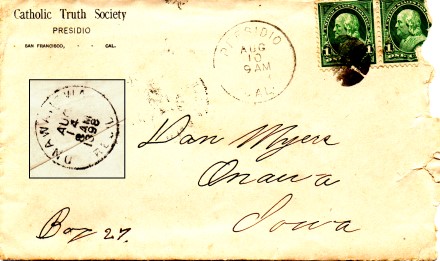 The “receipt” postmark is from the reverse side. I do not know (yet) what connection there is, if any, with the “Catholic Truth Society;” Gene was stationed in San Francisco as part of the US military. He was 20 years old at the time, and Dan was 11. 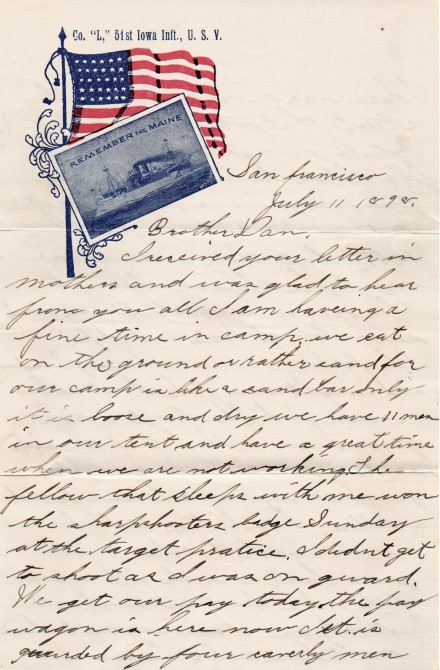 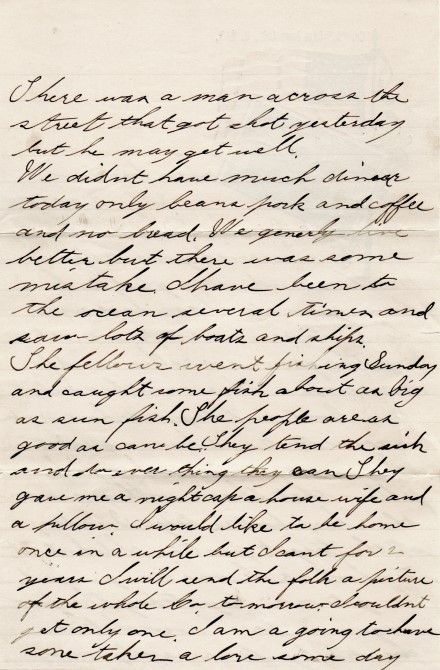 There are two more pages to this letter, coming up down below, after a couple of comments. First, I had to look up the initials, “U.S.V.” They stand for “United States Volunteers,” to which Teddy Roosevelt’s unit also belonged in the Spanish-American war. I am still uncertain whether this was a separate branch from the Army, Navy, and Marines. Maybe something like the National Guard?

Now, about the letter itself: “I am having a fine time … we eat on the ground, or rather, sand” already a bit of a contradiction. I mean, eating on the ground, especially loose sand, hardly sounds like a “fine time” to me.

“There was a man across the street that got shot yesterday,” but no indication if it was a training accident, drunken brawl, robbery attempt, or …? Interesting that it was narrated right after the pay wagon part.

“We didn’t have much dinner today, only beans, pork, coffee, and no bread,”  because of ” … some mistake,” does all this sound familiar? 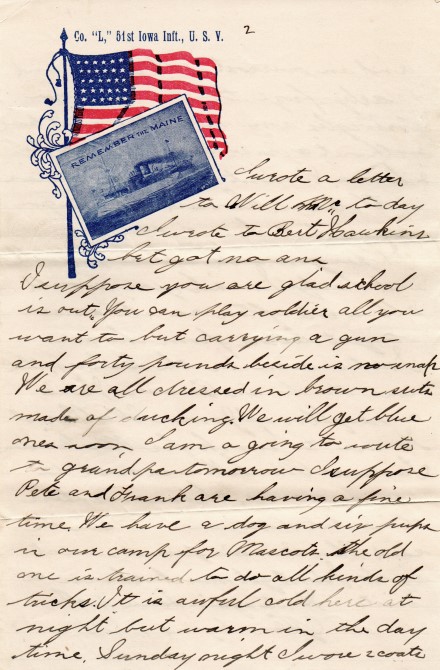 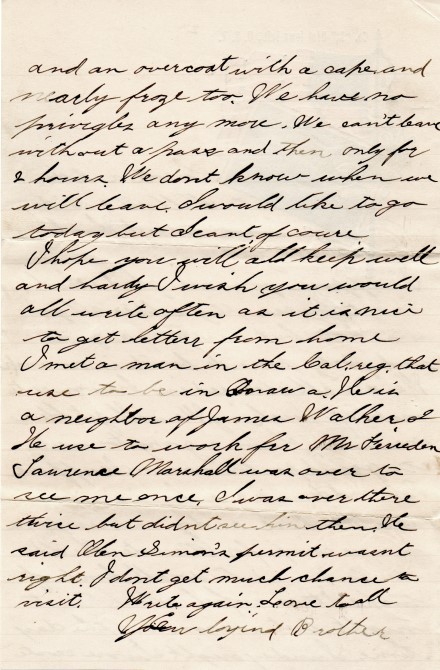 From these pages, I  extrapolate that “Uncle Gene” was eager to enter the fighting, which his unit did in the Philippines that winter. The Spanish-American War had ended by then, but there ensued a much longer, and very bloody, counter-insurgency against Philippine nationalists.  The “gossip” at the end of the letter I haven’t a clue about. Also, who was “Will, Mr.” mentioned in both letters? 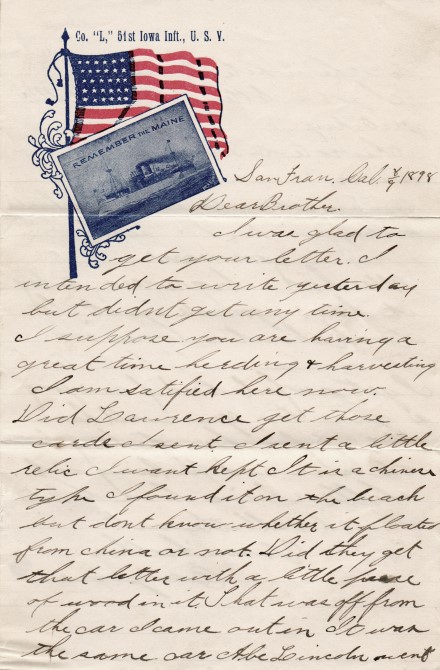 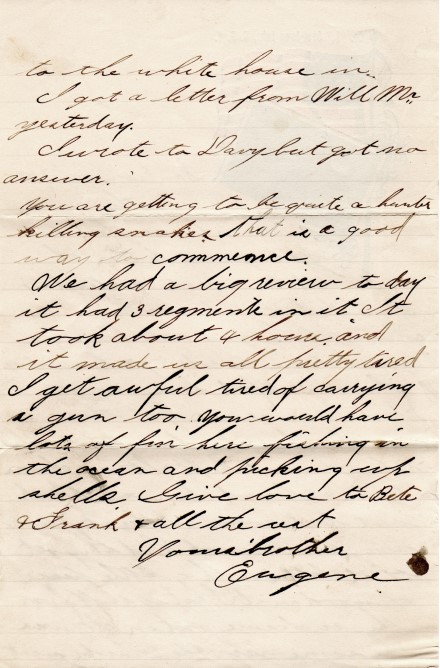 So Gene sent a piece of wood from the train car that Abe Lincoln rode in. Here is a brief article on the 51st Iowa unit. Harry Eugene Myers died in 1912 (age 34), possibly still attached to the military. Stay tuned.