Here, again,  is that paragraph from Great-Grandpa Stephen’s obituary:

The Battle of Helena, on July 4, 1863, was a significant engagement and an important victory for the Union, even though it was confined to relative obscurity by the fall of Vicksburg on the same day, and the battle of Gettysburg the day before. The 33rd Iowa infantry regiment was there, as related in this history. Click on the link to view the entire book at archive.com. 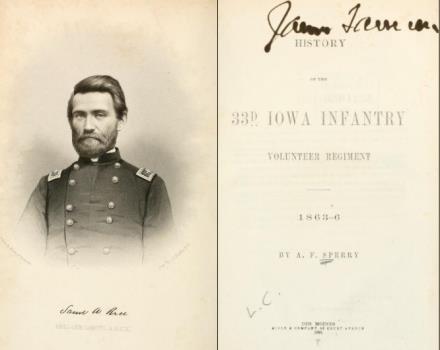 Stephen’s father, and presumably Stephen himself, were indeed part of this regiment (p. 196): 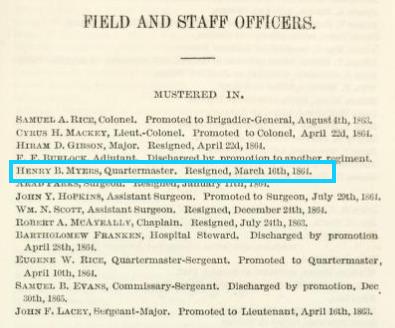 Of the 20,000 Union troops previously stationed at Helena, 16,000 had gone south for the attack at Vicksburg. The Confederates, in their final offensive in Arkansas, sent 12,000 troops north, in an attempt to overwhelm the depleted forces at Helena. Unfortunately for the Rebels, their intelligence and planning were faulty. Despite the Union’s inferior numbers, Helena’s defenses were excellent. After a battle of several hours, the attackers were soundly driven back. Rebel casualties numbered over 1,600, while the Federal army suffered only 200.

Was one of these relatively few casualties the very young Stephen Myers? It remains a possibility, as his company (according to the obituary, “C,”) was caught in an early setback for the Union, at the one post which was briefly captured by the Rebels (p. 29-30).

This account leaves out a tactical detail I read elsewhere: the guns of battery “C” had been disabled by the defenders before they abandoned them.

Since the battery was quickly retaken, it seems implausible that any Union casualties would be “left on the field for dead” for 24 hours.

There is one well-documented incident in this very battle that bears some resemblance to the anecdote in Stephen’s obituary. Thanks to cousin Gail for finding it. A certain Private Thomas A. Moore is profiled on this free page at Rootsweb. Coincidentally, Moore’s unit was the 33rd Missouri, and Stephen’s, the 33rd Iowa.

The enemy attacked their works on the fourth of July a few minutes before daylight. Thomas was listed as having received a “gun shot wound over right temple” and “pronounced mortal” but a passing soldier found a breath of life in him and he was taken to a Memphis hospital where he remained until he was discharged on permanent disability on 14 Dec 1863.

Viewed in one way, this might be considered evidence that something similar could have happened to Stephen. However, I am leaning toward the alternate interpretation, that it became the basis for an apocryphal version, highly embellished, with the principal character changed to young Grandpa Stephen. Perhaps a tall tale told at the tavern, or even offered as an excuse for a drinking problem.

This in no way shakes my notion that Stephen may have actually been wounded, psychologically if not physically, by his engagement in mortal combat at such a young age. Wounds that, however invisible, may have affected him for life. One of these wounds *may* even have included witnessing  the terrible incident described above, or worse. I will be leaving off this thread for now, pending future developments.

In another war-related irony, it has come out in comments to previous posts, that Stephen B. Myers was second cousin  to Stephen Crane, author of one of the most famous Civil War novels, The Red Badge of Courage. That makes Crane my second cousin, 3x removed. Grandpa Stephen may or may not have been aware of this relationship; either way, perhaps he identified (for good reason) with the book’s young protagonist. 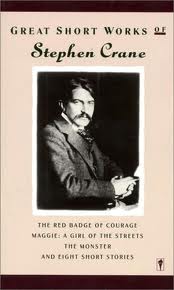 The enemy attacked their works on the fourth of July a few minutes before daylight. Thomas was listed as having received a “gun shot wound over right temple” and “prounounced mortal” but a passing soldier found a breath of life in him and he was taken to a Memphis hospital where he remained until he was discharged on permanent disability on 14 Dec 1863.
Lawrence Myers, 1920-2010
Stephen Bennett Myers, Part III