Last weekend, a visitor posted a comment at one of my old blog posts on the Myers family. She had bought some old photos at an estate sale in Boise, and went searching the Web for an interested relative of the people identified in the pictures. That lucky relative happened to be me.

Laurie (the visitor) mailed me the photos, and they are a veritable treasure-trove! To begin with, I have looked high and low for any photos of 2nd great-grandpa Harry Eugene Colby (1822-1903). You may recall that Jody Boyd compiled a very thorough “cold-case” study of him last year. I was a bit surprised that Jody did not find any pictures, as Colby was a prominent businessman in the town of Onawa, Iowa. Now, out of the blue, the problem is resolved. 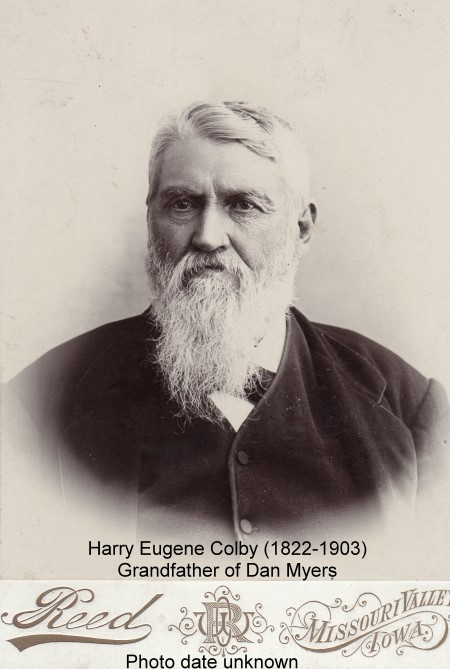 Quite a handsome gentleman, at that. Below, he is pictured with some of his sons and grandsons. 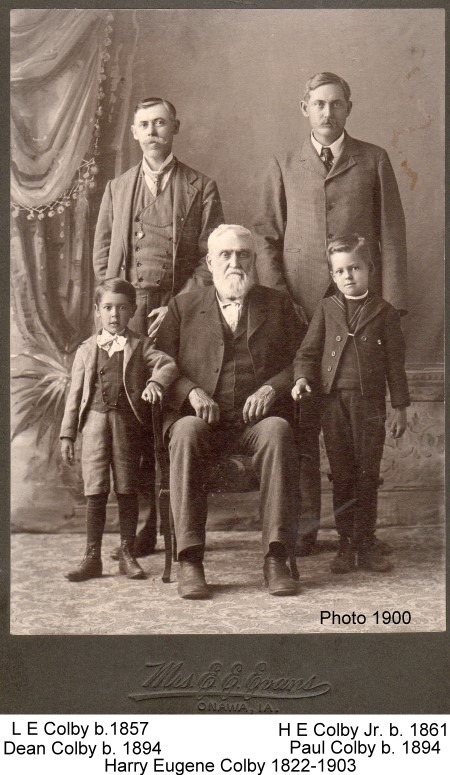 But wait, there’s more! The estate was that of Frank Elmer Myers (1920-2007). Frank was the son of Henry B. Myers (b. 1888), who was my grandfather Dan Myers’ brother. I never knew anything about Frank, other than his name and birth date from the Lawrence Myers Bible. There is another “Uncle Frank” that my mother knew well: Frank Sparks, husband of Mom’s sister Helen. There was also a Frank Colby Myers (1892-1973), another brother of my grandfather, with whom cousin Gail tells of a single, touching encounter.

There are no pictures of the late Frank E Myers in the batch that Laurie sent me, but I’m sure to find some when I visit his widow and their two sons in Boise (my previously unknown second cousins), which I hope to do soon. But here is one of Frank’s dad, Henry B, who was named after his grandfather, the Civil War vet. 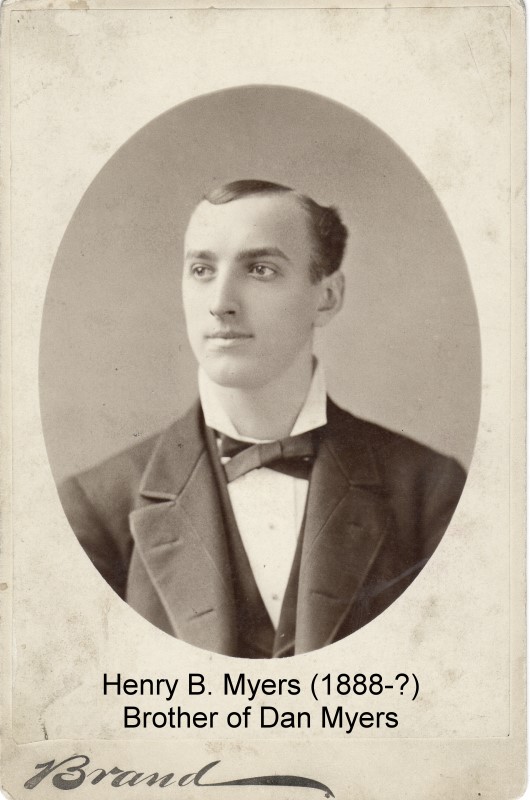 His appearance is a clue to a “mystery companion” known only as “Henry” in a 1915 photo of Dan Myers I posted some time ago. Pretty good resemblance, I’d say. 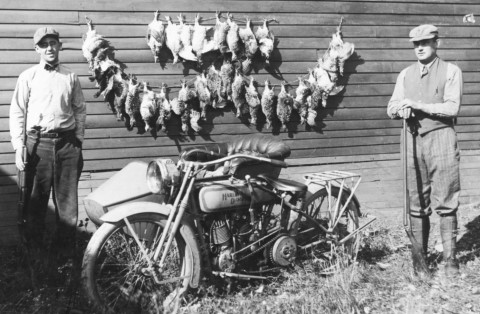 But here is the greatest surprise of all, one that Laurie had not mentioned in her emails. Up to now, my earliest image of Grandpa Myers was his wedding in 1909, at age 23. Now here he is with brother Henry, when Grandpa was only about 5. 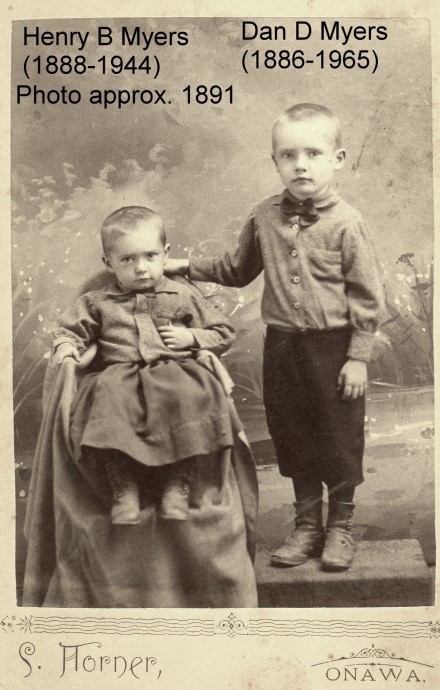 In the packet from Laurie were several more photos, of people I am pretty sure are Frank’s mother’s and/or wife’s relatives. I will scan those for my archives, and try to learn more about them later.

To sum up, in addition to making the acquaintance of at least two biological second cousins, I hereby nominate Laurie Young of Boise, my new friend and genealogy sleuth, as another Honorary Cousin. Thanks, Laurie!

The Prison Site
The Myers' of Idaho