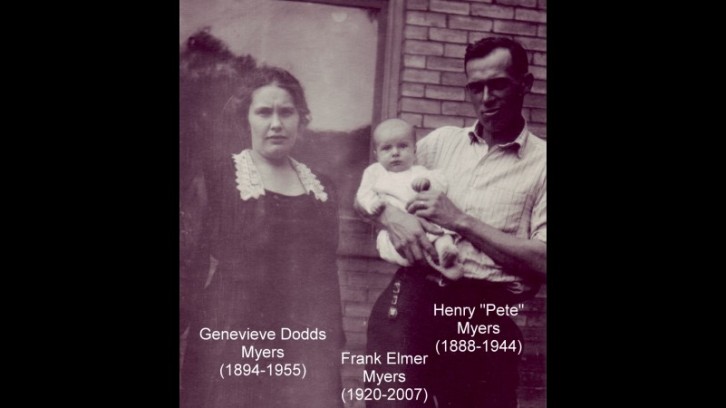 In an earlier post, we showed some photos of Henry, a younger brother of Dan Myers. The information I gathered from his descendants in Boise, Idaho now provides at least a skeleton of his life story. He was born in Onawa, Iowa on 09 Dec. 1888, to Stephen and Helen Myers.

In 1908, he enrolled in the University of Utah’s School of Mining. Note the assurances in this letter that Henry’s mother will be kept informed of his progress. “In parenta absentis” 🙂 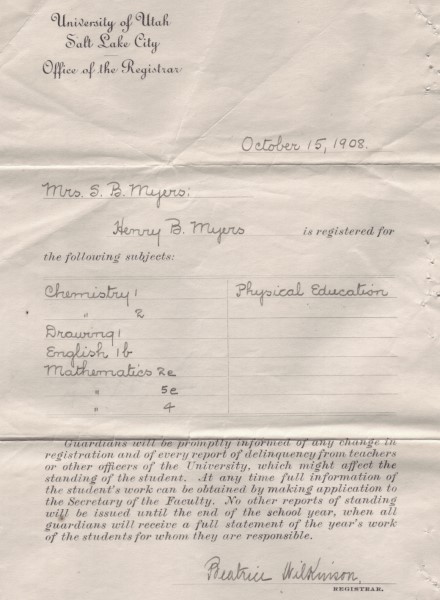 After graduating, he worked for many years at the coal mines near Kenilworth, Utah, where he specialized in safety engineering. Here is a card he wrote to his mother in 1921, apparently after some kind of mining safety competition in St. Louis. 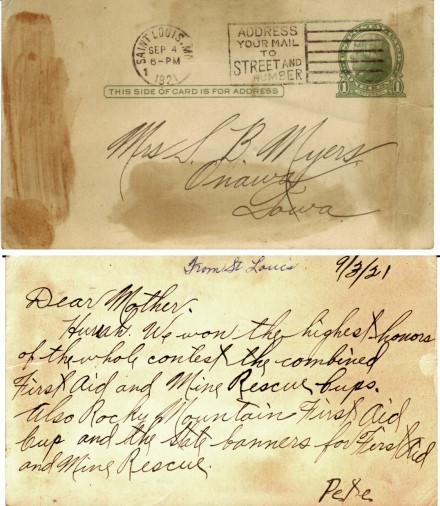 Henry, who was known by his nickname, “Pete,” was married 09 Mar. 1912 to Genevieve Leona Dodds of Boise, daughter of Charles Elmer Grant Dodds and Hannah Hagler.

The Dodds were a Catholic family, so the children were raised Roman Catholic. There were three Myers children: Helen Hannah (1918-1918), Frank Elmer (1920-2007 – Steve’s father), and Avis Vale Myers (Married name Pintus; 1922-1992). Both Frank and Avis had children, grandchildren, etc. I don’t have all the names of Avis’ branch yet.

Here is an extended family group shot dated 1922, with names on reverse, but not in order. 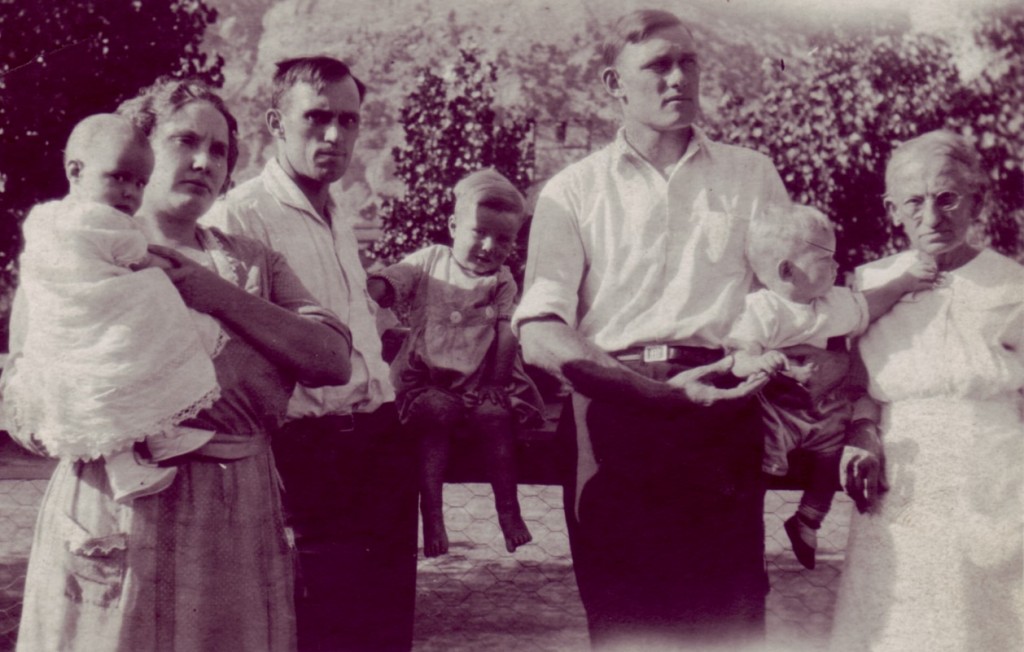 This snapshot is of Henry, Avis, and Frank a few years later. 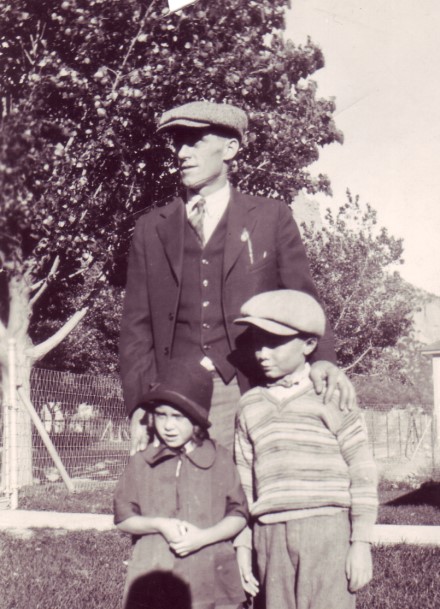 This undated, unidentified portrait is problematic. 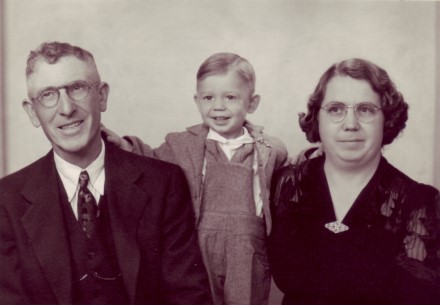 It certainly seems to be Henry and Genevieve at a considerably later date. But who is the boy? Frank would be much older, and  their grandsons were not born until after Henry’s death in 1944. They had nieces but no nephews, not that one would likely be in a portrait like this anyway. If this were Frank, aged about five, then Henry would be only about 37 years old, and Genevieve about 31. The date would be earlier than the previous snapshot. Possible, I guess. The boy does look like Frank …

Anyway, Henry Myers died 19 Nov 1944 in Boise, Idaho, survived by his wife, and Frank and Avis, who both went on to have families of their own. 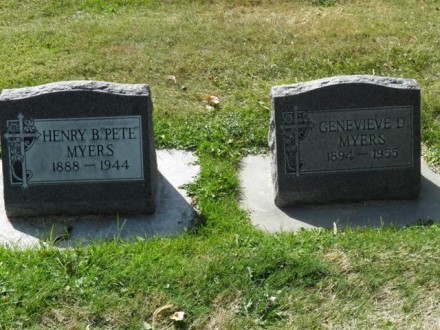