The Myers’ of Idaho

I just made my planned trip to Boise, where I met several newly-discovered relatives. 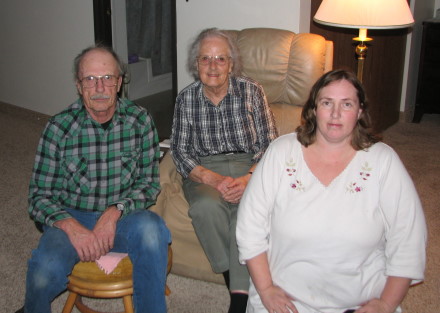 On the left is Stephen Frank Myers, my second cousin. In the center is his mother, Mary Joyce Hyatt Myers, widow of Frank Elmer Myers (1920-2007), and on the right is Steve’s daughter, Vickie Myers Barnhart. We were all delighted to make this new connection and exchange stories, pictures, and information.

Before discussing Steve’s branch of the family, I will begin with a little added information about our common ancestors, whom I have written about before.

Stephen Bennett Myers and Helen Colby were great-grandparents to both Steve and myself. After Stephen died in 1917, Helen lived with Steve’s grandfather, Henry Borbidge Myers, nicknamed “Pete,” until her own death in 1923. That is how Helen’s memorabilia ended up in Steve’s branch of the family. Lots more on Henry in the next post.

I had seen Stephen and Helen’s wedding date mentioned elsewhere (15 Sept. 1875), but had neglected to enter it in my database. I have done so now, after seeing their official wedding certificate. 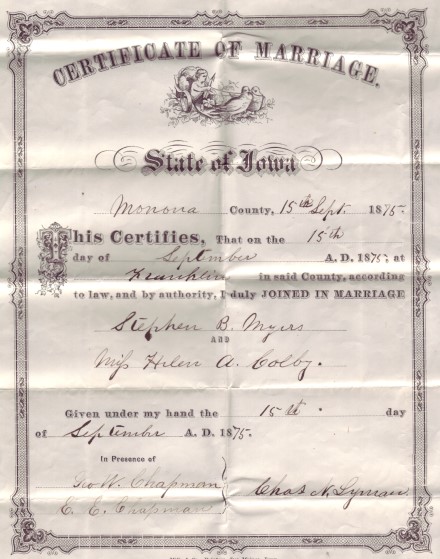 Here is a fact I was not aware of at all: before marriage, Helen was a schoolteacher. There were a number of her annual certificates among the documents. They ranged from this rather official one in 1866 (Helen was 16 years of age then) 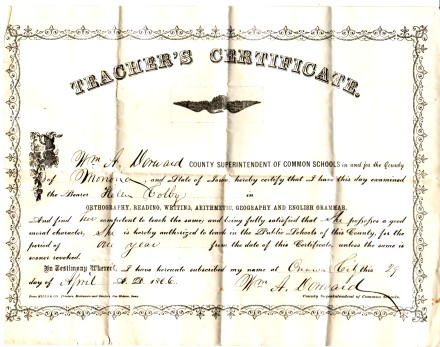 To this one, scribbled on a grocer’s letterhead (the grocer was also the county superintendent of schools, and publisher of a newspaper). 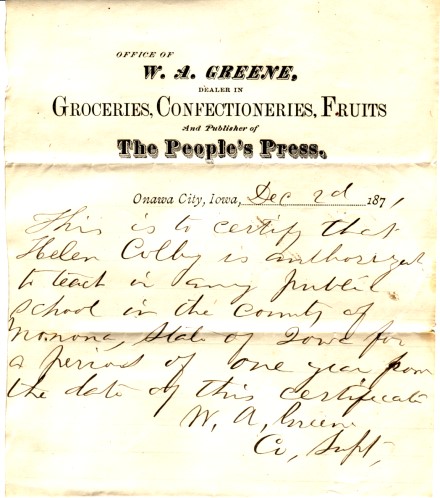 Also among the documents were sympathy letters from several of Helen’s children following the death of Stephen B Myers in 1917. The one from Grandpa Dan was typed on his grocery-store letterhead. 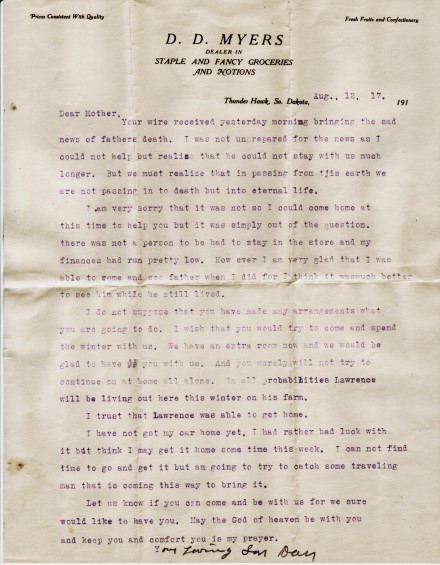 Finally, a selection from the earliest photos in this family’s collection. They are in a small box of tintypes. I couldn’t scan most of them, as they were mounted behind glass and not readily taken apart. But this one was not in a frame, consequently quite damaged but also easily scanned. It is of Helen Colby, dated 1874, before she and Stephen Myers were married. A bit of retouching got it to this point. 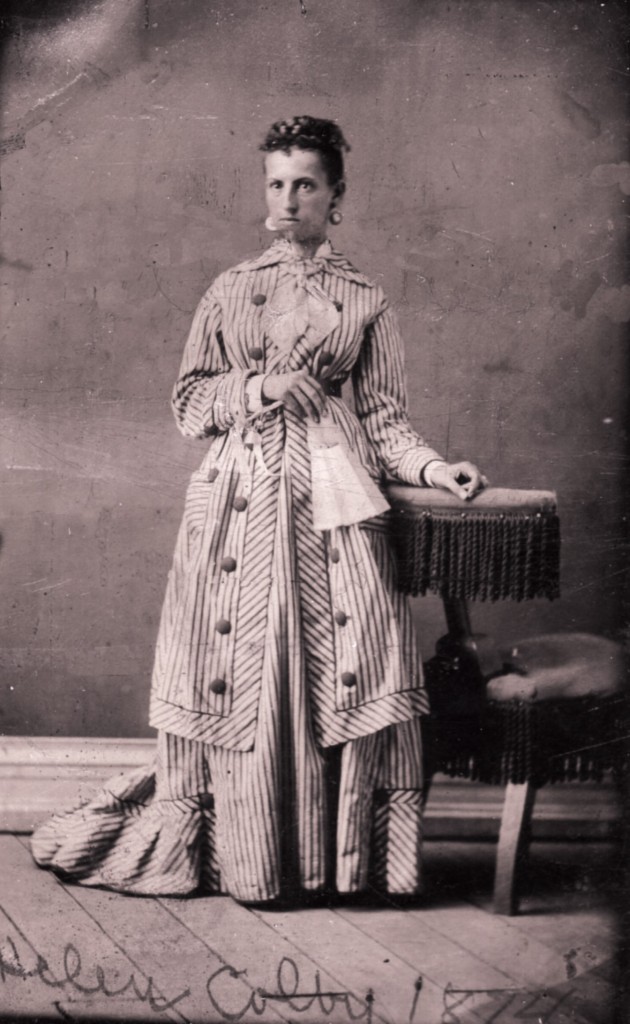 This is just the beginning. Next: Henry B “Pete” Myers, from Iowa to Utah to Idaho.