Frank Colby Myers (1892-1973) was the youngest brother of Dan Myers; other siblings were Harry E, Lawrence, Lenora B, and Henry B. Henry B was covered in an earlier post; the others will be featured later.

The only two photos I have found of Frank are from the collection of Stephen F. Myers of Boise, Idaho, whom I visited last month. There is still some uncertainty which of the men in the picture below is Frank and which is Henry. Based on comparisons with other pictures of Henry, I think Frank is the one on the right, next to their mother, Helen Colby Myers. 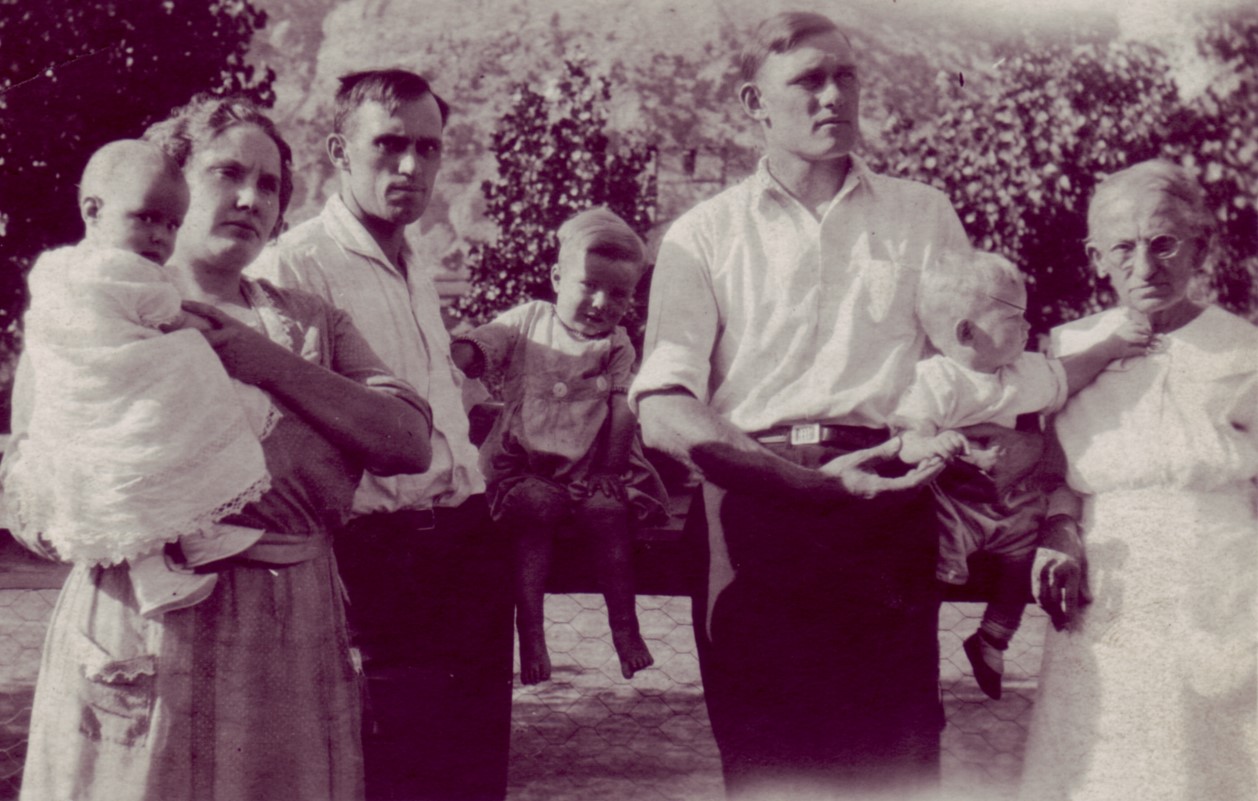 If I am correct, then the next photo must be Frank with his parents, shortly before his father’s death in 1917. 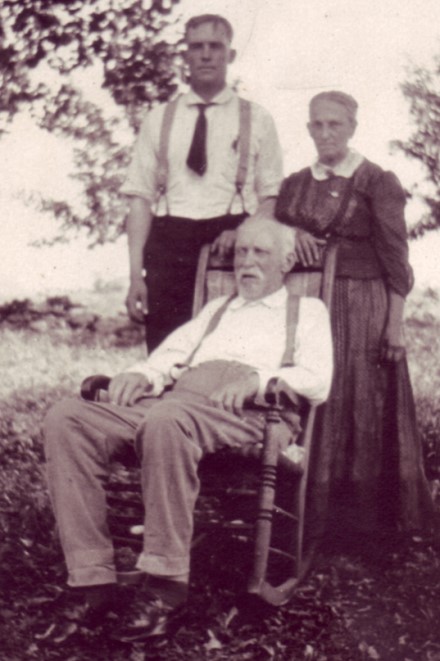 In Jody Boyd‘s exhaustive study of the Harry Colby family, I found a six-page typewritten “life story” by Frank himself. I don’t know yet how Jody acquired it. The first page is a list of Frank’s family members. No details, just names and dates, most of which I already had. But the rest of the pages give a very detailed account of his dual careers, military and civilian. It seems he accomplished a great deal in both spheres.

Frank entered the US Marines as a private in 1916. By the time the US entered World War I in 1918 (near the war’s end), he had been promoted to first sergeant. After the war, he attended officers’ training. By the time he was released from active duty to the reserves in 1919, he was a first lieutenant.

In the entire narrative, there are only two brief phrases on Frank’s family life: “Married to Mildred Dyer at Des Moines, Iowa March 6, 1920,” and “Son born July 7, 1921 at Minneapolis.” Not even the son’s name (Stephen D)! More on that situation later.

Through the 1920’s, Frank studied civil engineering, while continuing his officer duties in the Marine reserves. By 1924, he was also working as a draftsman and junior engineer for the city of Oakland, California, along with continued studies and military activity. He would remain with the city government for the rest of his civilian career.

Back to the military for now: Frank was promoted to Captain in 1932, then Major and commander of the 12th Reserve Battalion, San Francisco,  in 1939. The battalion entered active duty in 1940, under his command. After US entry into WW2, and several more promotions and transfers, Frank found himself in the South Pacific. As a full Colonel, he commanded the Marine Corps shore party for the landing on Okinawa, April 1945. In 1946, after the war’s end, and a 7-month hospitalization (the cause of which was not specified), he was released from active duty. Continuing in the reserves, Frank was promoted to Brigadier General prior to his retirement.

In the next post, we will backtrack a few decades to recount Frank’s civilian career as a Civil Engineer in Oakland, and the near-absence of any information on his family life.