I have written several times about Samuel Jørgensen and Marit Pedersdatter, the parents of Ole Larson’s first wife, and thus the maternal grandparents of Isaac, Axel, Smith, and Louise Larson. About a year ago, I found information on their immigration in 1877 , ten years after their daughter Anne, Ole’s future wife. I commented at that time that on the roster of their departure, the husband, wife, and all three children traveling with them, were listed with the husband’s patronimic surname, Jørgensen. This was a departure from the old tradition, in which the wife would have kept her natal surname, Pedersdatter, and the children would be named after their father, that is, Samuelsen/Samuelsdatter. Indeed, the eldest son, upon his immigration years earlier, continued using his “tradional” surname (with Americanized spelling), Samuelson. On my trip to Wisconsin in 2009, I found the graves of Ole Samuelson and his family at Brush Creek. And on last summer’s trip to Norway, I visited the birthplaces of both these ancestors.

But I had searched “find-a-grave.com” and other sources in vain for burial information on Samuel and Marit Jorgenson. Lo and behold, I found it this week, under the name Samuel Samuelson, right there at Brush Creek! 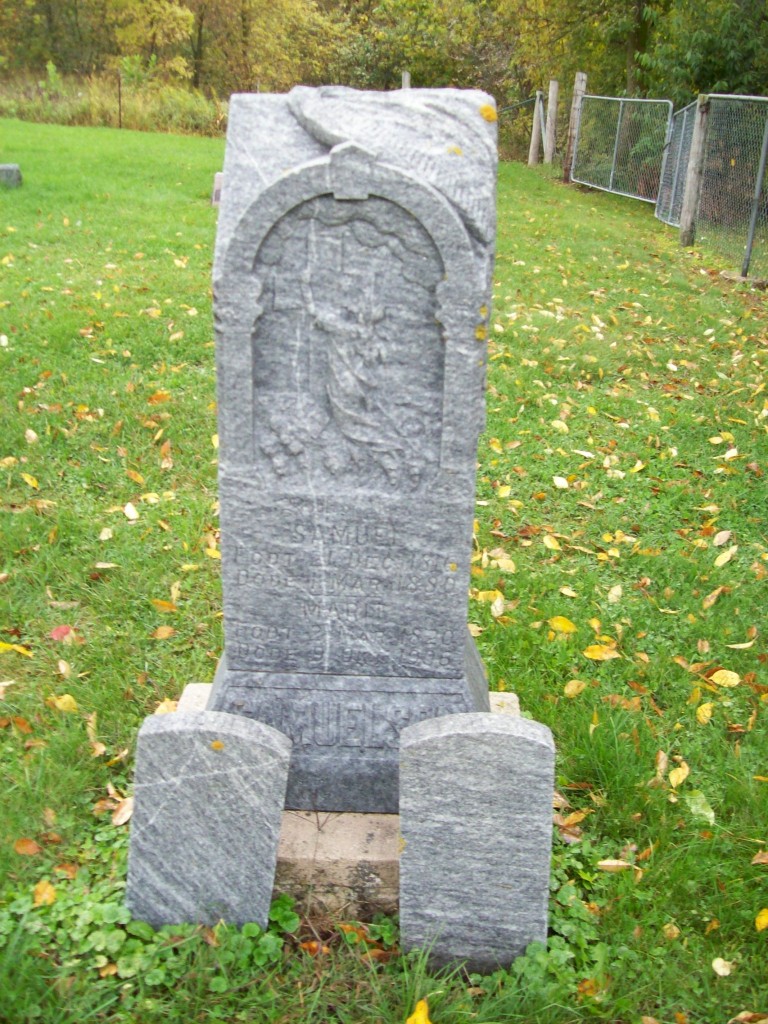 In a new twist on the well-known immigrant “surname shuffle,” Samuel and Marit adopted the surname of their children. Thus Samuel became, in traditional parlance, a son of himself! Reminds me of the old comic song, “I’m my own grandpa.”

If you click on the image for an enlarged view, you can almost read the birth and death dates (Samuel’s birth date is erroneous; the correct date in the Norwegian churchbook is 20 Dec. 1815, as opposed to 21 Dec 1816 on the stone). I will try for a better photo on my next trip to Wisconsin. Anyway, now we know that Ole’s in-laws probably lived somewhere near him in the tiny “Norwegian Valley” of Vernon County.