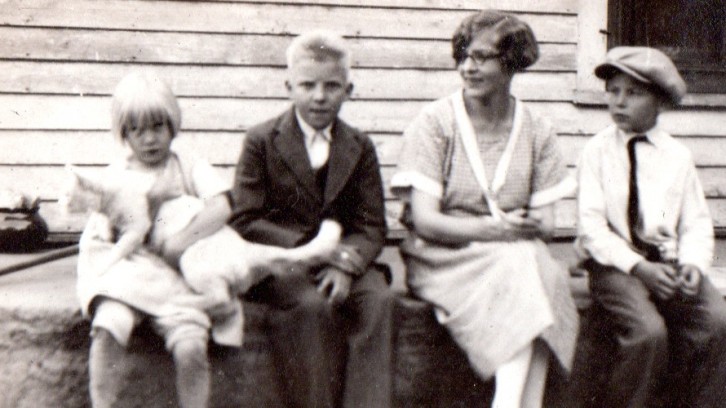 I just received a large box of treasures from second cousin Andrea Lunde Otto. Her paternal grandmother, Manda, was Isaac Larson‘s half-sister. Manda married Henry Olavus Lunde in 1912, and lived thereafter in Lake Crystal, Minnesota. She died quite early, so was not on the family radar in my younger years, as Uncle Oscar or Aunt Lucy (Louise) were, although I did not know them in person. Pictured in top photo are Mande and the eldest three of her four children. 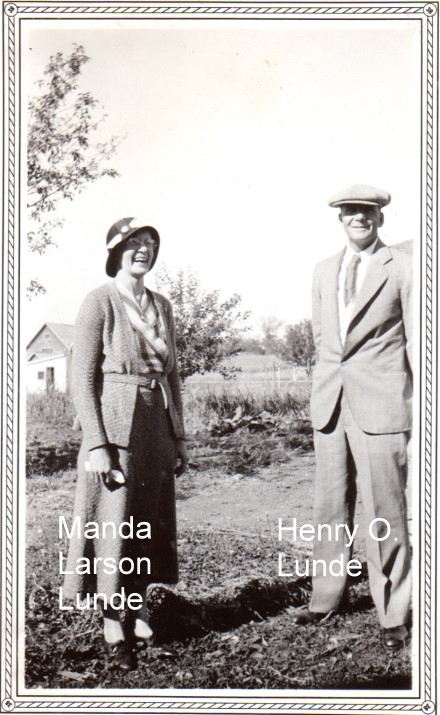 Manda is pictured below with two of her four children. Only the coat sleeve of the eldest son, Orville (1912-1936), is shown in this snapshot.

Also not pictured above is Manda and Henry’s only daughter, Helen.

One more close-up of Manda.

As mentioned, Manda died at the age of 45, “after a long illness.” Even more tragically, the eldest son, Orville, passed the next year, at age 24. According to his obituary, he died of a sudden case of pneumonia, after being ill only four days. Here is Orville as a young man:
Orville left behind a twenty-year-old widow, and a ten-month-old daughter, Janet Mary Lunde (still living today). Do not confuse Janet Lunde with Janet Lund of Longview, WA, if by chance you know the latter. The two are about the same age, but are not biologically related. Here is Janet Lunde, with her mother, Mary Hanson Lunde, shortly after Orville’s death. If you are keeping score, Janet Mary Lunde (the infant below) is a second cousin to me and all my Larson cousins (first and second).

Manda’s youngest son, Norman, was Andrea’s father; consequently, there were a lot of his pictures in the box. I archived several; here are a couple. 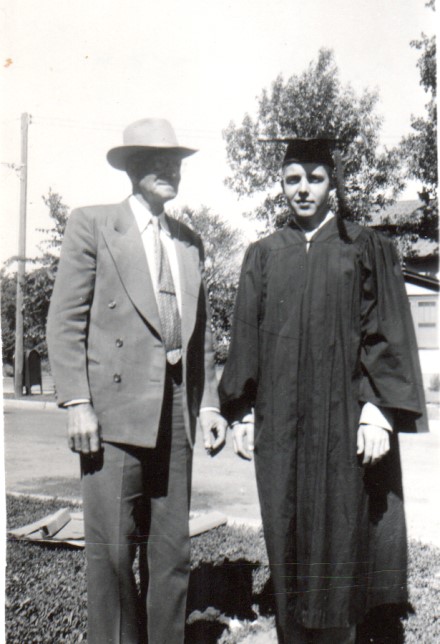 Many thanks to cousin Andrea for these images, and a wealth of family tree information along with them. Also included were portraits of Henry Lunde’s parents and grandparents, taken in Norway in the 1870s and 80s. Although those folks are not biologically related to most of us, the images are interesting enough to post here. Stay tuned.