The Browns of Delaware County

In poking around on findagrave.com, and emailing some contributors, I pieced together a whole new line of ancestors buried in Delaware County, Ohio. I checked with cousins Gail Myers and Paula Aldous Howell; they had inklings of this but nothing specific.

Let’s begin with the memorial for Henry Bennett Myers’ first wife, my great-great-grandmother Leonora S Brown (grandmother and namesake of Aunt Nora). Her grave, as well as Lawrence’s is in Berkshire Cemetery,  a few miles west of Sunbury. I had been curious about the surname she shared with her mother-in-law, Eliza Brown, but had no substantial information on either of them. 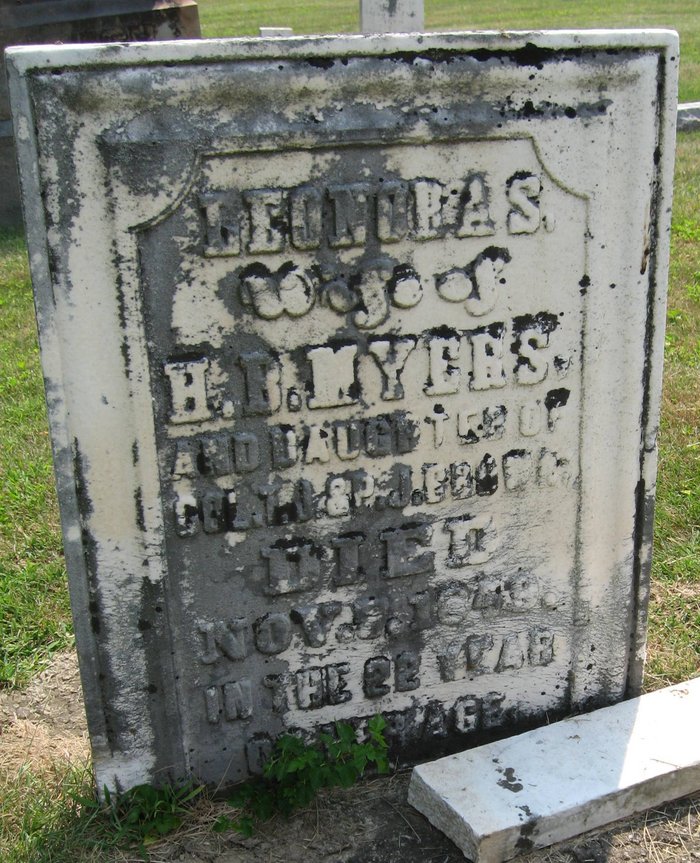 So Leonora’s father was named Colonel T J Brown. That detail may have already been in my possession, but had not made it onto the radar. It led me to more memorials, plus an excellent website by Paul Clay, “Alum Creek Families,” which proves with good evidence that the same Col. Thomas Jefferson Brown was a brother of Eliza Brown (Henry Bennett Myers’ mother).  In other words, both of Henry’s wives were his first-cousins! (It is well-known that his second wife, Fanny B Myers of Luzerne County, PA, was.)

More to the point, it opened up a whole new, well-researched line of ancestors. Col. Brown’s (and Eliza Brown’s) father, Major Thomas Brown, was another of the earliest pioneers of Delaware County. Maj. Brown is my fourth great-grandfather (of the same generation as Philip Myers). And from the historical accounts, he beat Lawrence Myers to Ohio by several years. Maj. Thomas Brown’s findagrave.com memorial is here. 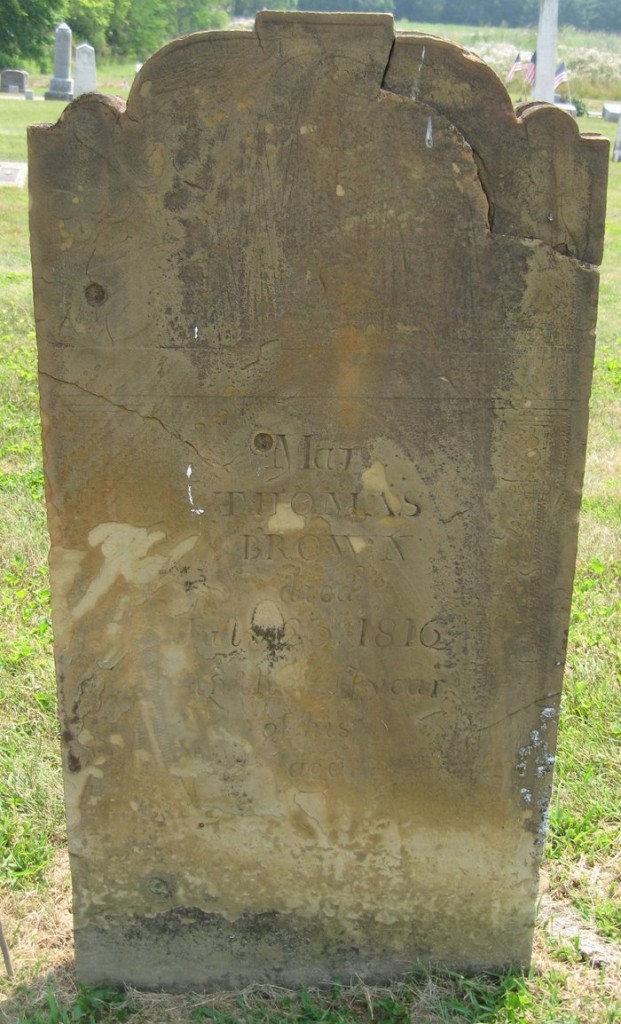 Paul Clay’s site includes an excellent bio, at least partially taken from an 1880 History of Delaware County, which is available free on Google Books. The first settler and leader of settlement in the county was one Col. Moses Byxbe. It is not known how he obtained the title of Colonel, as Revolutionary War records show him serving sporadically, as a private. He may have attained officer status later, in a local Massachusetts militia, or just gained it as a nickname in later years. It is said (but not proven) that Byxbe owned a tavern and general store in the Berkshire hills of western Massachusetts, which would have made it possible to trade lodging, food, drink, and supplies for the land grants the government was issuing to Revolutionary War veterans. What is certain is that he somehow obtained warrants for some 8,000 acres in the Northwest Territories, and staked his claim in present-day Berkshire township, Ohio, by 1804.

Apparently, Col. Byxbe was a very persuasive man, as within a year he had attracted numerous settlers to his frontier holdings. These included Major Thomas Brown, who moved his family to Berkshire Township in 1805, 11 years before the Myers brothers founded the village of Sunbury. “Major” Brown’s military career is still under investigation, as is that of his son, “Colonel” Brown. I am waiting for some materials from another descendant of these folks which may clarify this point. Meanwhile, my next post will explore some land issues, and the dynamics between the Brown and Byxbe families. Stay tuned.