Shortly after cousin Mary Ann Larson Meschke passed away last year, her daughter Carrol Johnson, a frequent correspondent, sent me a lot of pictures from Mary Ann’s estate, They include a mystery photo I have yet to unravel. 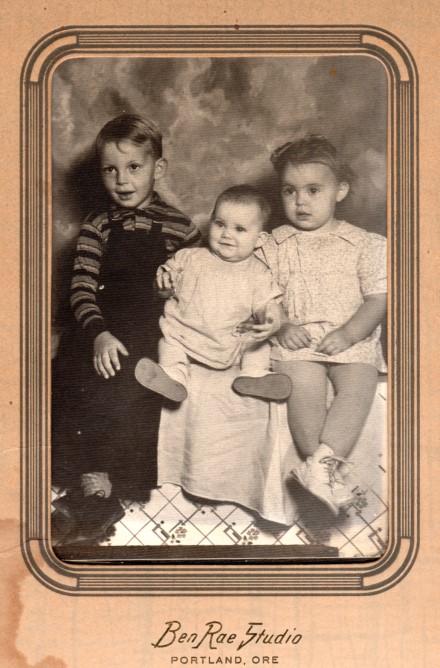 Cousin Carrol brought other photos to Lois when they met in their winter habitat, and Lois has now sent some of those to me. Thanks, cousins! 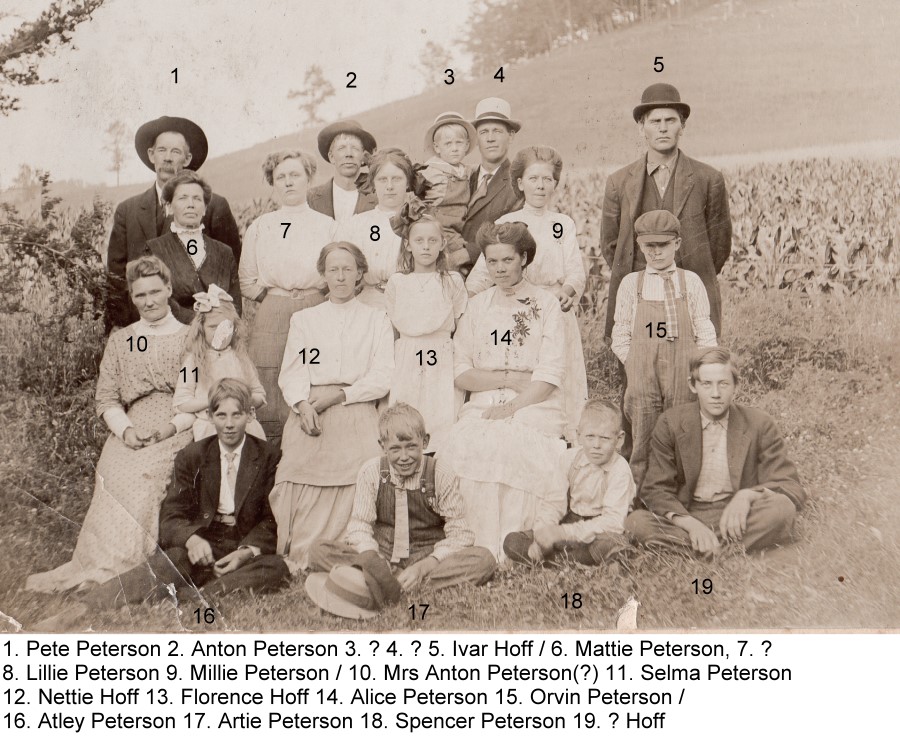 Click on the image for a larger view. The names are written on the reverse side of the print. The one that hit me (Lois, too) is Atley Peterson (alt. Pederson). My parents were good friends of his and visited his home in Oregon with me in tow. I remember the visits only vaguely, but Mom took an 8mm movie at one of them. Here are a couple of stills. 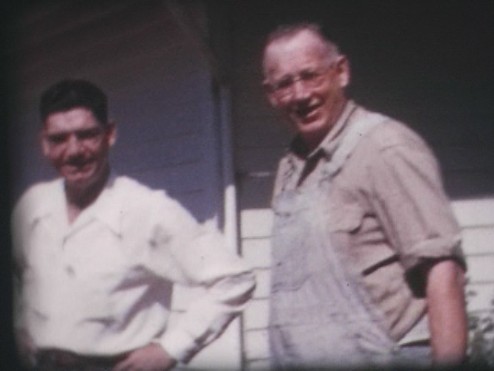 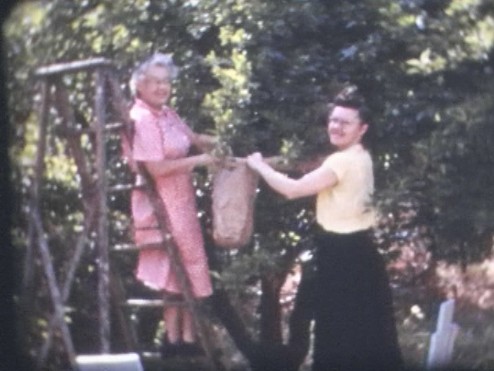 The year was 1952. I was only five, but watching this movie later on helped preserve the memory, although vague. I think we visited other times, too. I remember Atley as jovial and full of jokes. The thing is, I started out only guessing that the older woman was Atley’s wife, and that at least one of the two young adults was a child of theirs. But Atley was not in my family tree data, and neither were any others in the Peterson-Hoff photo above. At first I zeroed in on Anton Peterson, as that is the name of a relative by marriage in the Volden line, related to Anna Moen. The timeline was about right, but their children matched none of the kids in the picture.

A few hours of census-bashing clarified the family relationships in the picture. Frustration #1: Atley’s middle name was McKinley, which was abbreviated in at least two of the census books. This resulted in a surname of “McPeterson” (!) in the indexes. But we got through that eventually.

Atley was a child of Pete Peterson, as were Alice, Millie, and Spencer. While his age is misstated in some of the census transcriptions, the 1900 US census, the only one to list month and year of birth, gives Atley’s birth as Aug 1896. Since he appears as a lad of 13-15 years in the above photo, we can tentatively date the photo around 1909-1912. 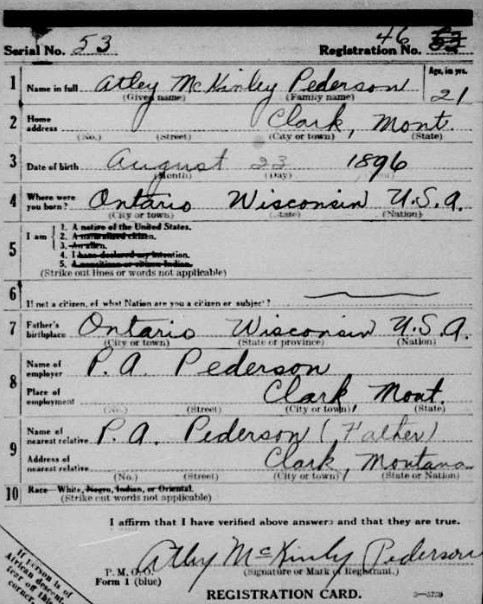 I struck pay dirt when I found the marriage record of Peter and Mattie Peterson, 11 May 1885. Bride’s name: Mattie Samuelson. That melded nicely with Matea Samuelsdatter, who is indeed in my tree: the sister of my great-grandma Anne Samuelsdatter. Note, however, the fluidity of both the given name and the surname. In 1875, at Ole’s marriage to Anne, her surname was given as “Samuelsdatter,” and her father’s name as Samuel Jorgenson. Now, ten years later, Mattie/Matea’s surname is Americanized as “Samuelson.” More remarkably (and we have remarked on it before), her late father’s name is no longer Jorgenson, but Samuelson!

But sisters they were, so to put the relationship another way, Atley Pederson (that was how he spelled it – see draft card above) was a first cousin of my grandpa Isaac Larson.He has now been added to my tree, along with his siblings, and his father and his siblings.

Next: finding Atley’s wife … and what about kids?