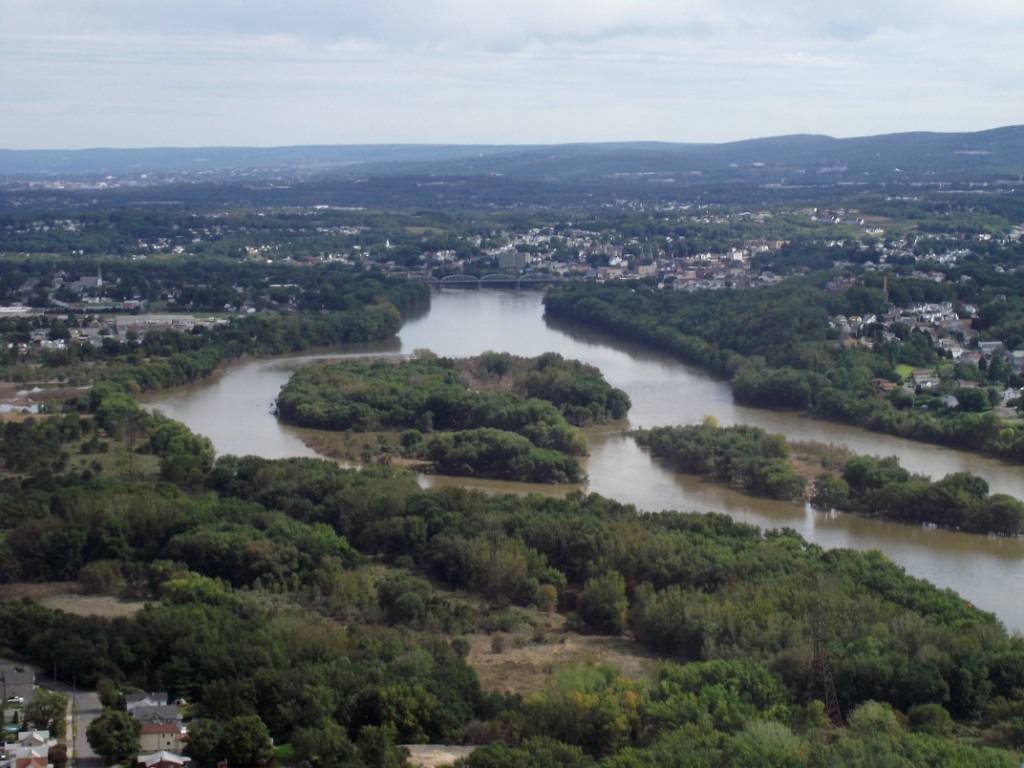 I have already written extensively about this place, drawing on considerable literature from the nineteenth and twentieth centuries. Densely populated today, the valley was inhabited only by Native Americans when my ancestors first arrived in the 1760s. If you have not already done so, please read some of my articles on Thomas Bennet and his son-in-law, Philip Myers. Also of interest is the story of Frances Slocum (no known relation to my family), who was kidnapped by natives as a child, and thoroughly assimilated into their culture before she was found by her relatives a half-century later.

Near the south end of the valley is the city of Wilkes-Barre (pronounced “Wilk’s-Berry”). 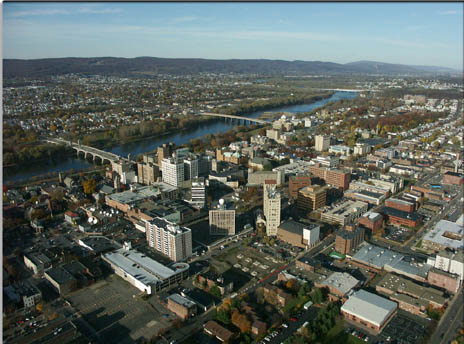 The entire valley is built-up with towns and villages on both sides of the river, thanks to a long period of prosperity fueled by the mining of anthracite coal. My first stop was at the county historical society, which I was disappointed to find closed for the Memorial Day weekend. I should have checked on that.

Across the river, in the town of Kingston, I met with a co-descendant of the pioneers, cousin Fred Myers (not to be confused with Fred Meyer, of Northwest department store fame). 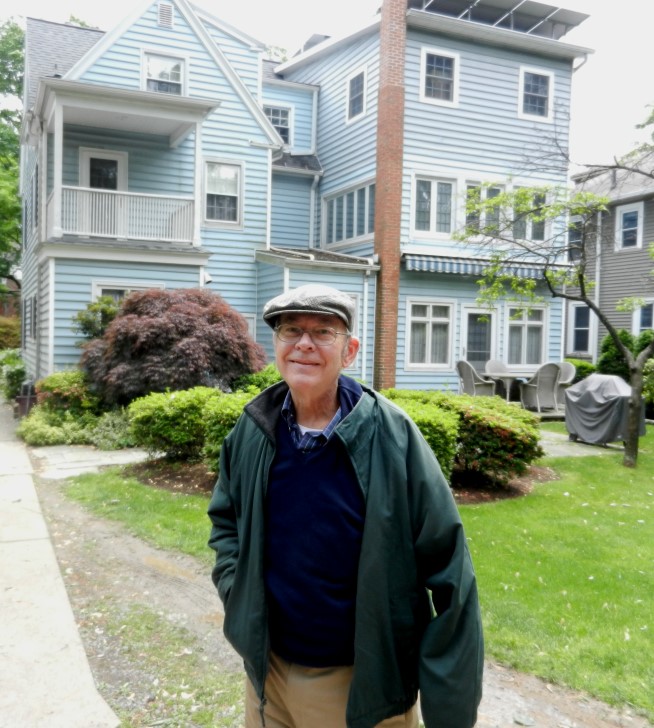 Fred is a son of Charles E Myers (1913-2008), a family historian and author of an excellent biography of Thomas Bennet. Like his father, Fred practiced medicine, until a stroke left him partially paralyzed 25 years ago. After that, he worked as a medical administrator until his recent retirement.

After a pleasant lunch with Fred, he drove me around the area to show me several points of interest. He did not have much time, so I returned to the same places later for more detailed exploration. One was the monument at Forty Fort, the next township to the north of Kingston. 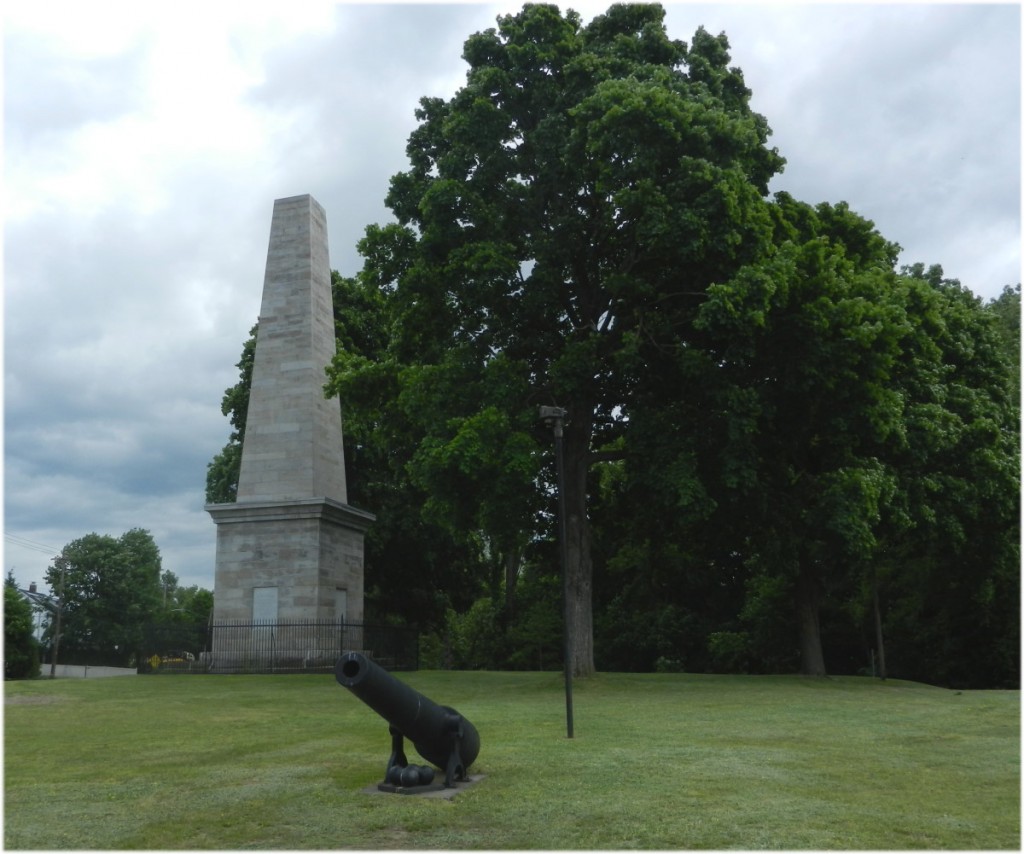 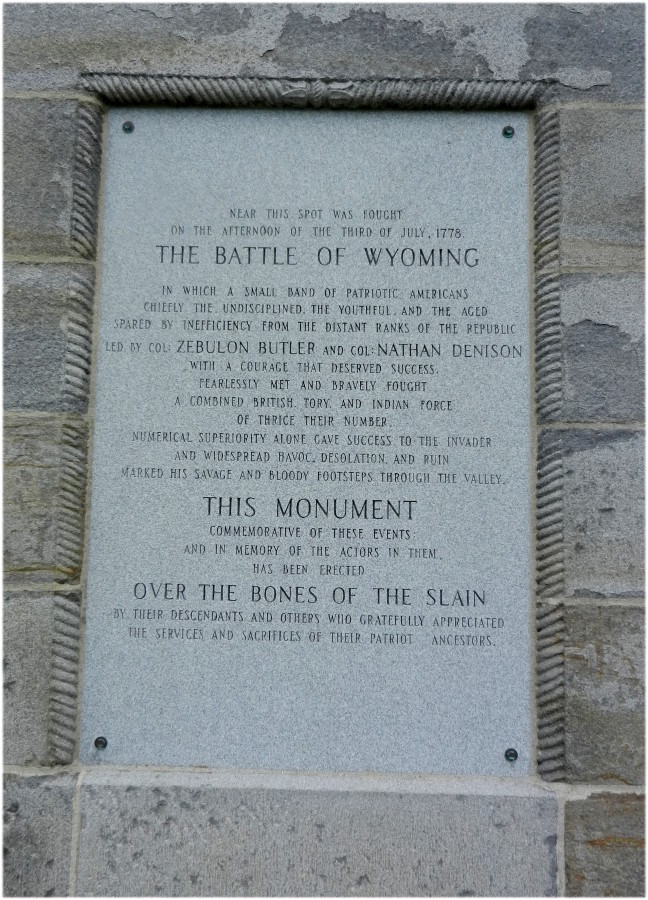 Like the 19th-century literature about the battle, the inscription here presents a very one-sided perspective. A rather different viewpoint underlies this Wikipedia article. The exact site of the battle is unknown; I’m not even sure about the fort itself. The landscape has changed over the centuries, not only by development, but by changes in the course of the river. One thing is certain: my fifth great-grandfather Thomas Bennet (1720-1796) was there for the event, as was his family. Indeed, Thomas was one of the “Forty” who built “Forty Fort” in 1769. His burial place, which of course will be the next stop, is only a mile from this monument.