Out of Sweden, part 1

Now that we have thoroughly explored the relationship between the Ole Larson family and that of his Norwegian Valley neighbor and fellow immigrant Olof (alt. Olaf, Ole) Erickson (1833-1918), let’s see if we can trace the Erickson line back “across the pond.” To begin with, a serendipitous photo from last spring’s visit to the Brush Creek cemetery. My subject was the gravestone of another shirttail relative, Engebret Johnson, my great-grand-uncle by his marriage to Marit Larsdatter (1837-1880). 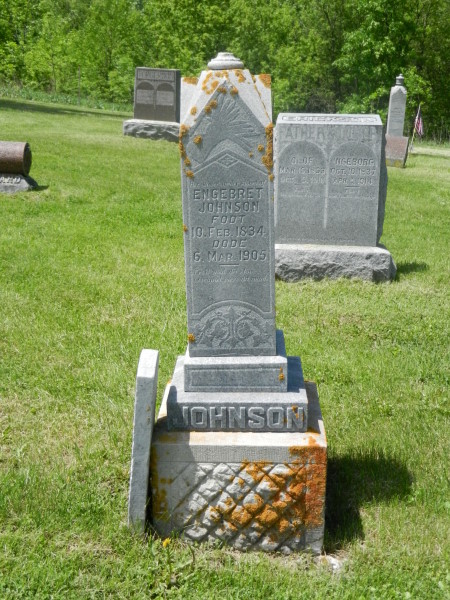 The Erickson line was not on my radar at the time, but there in the background, plain as day, is the gravestone of the family’s patriarch (and matriarch)! 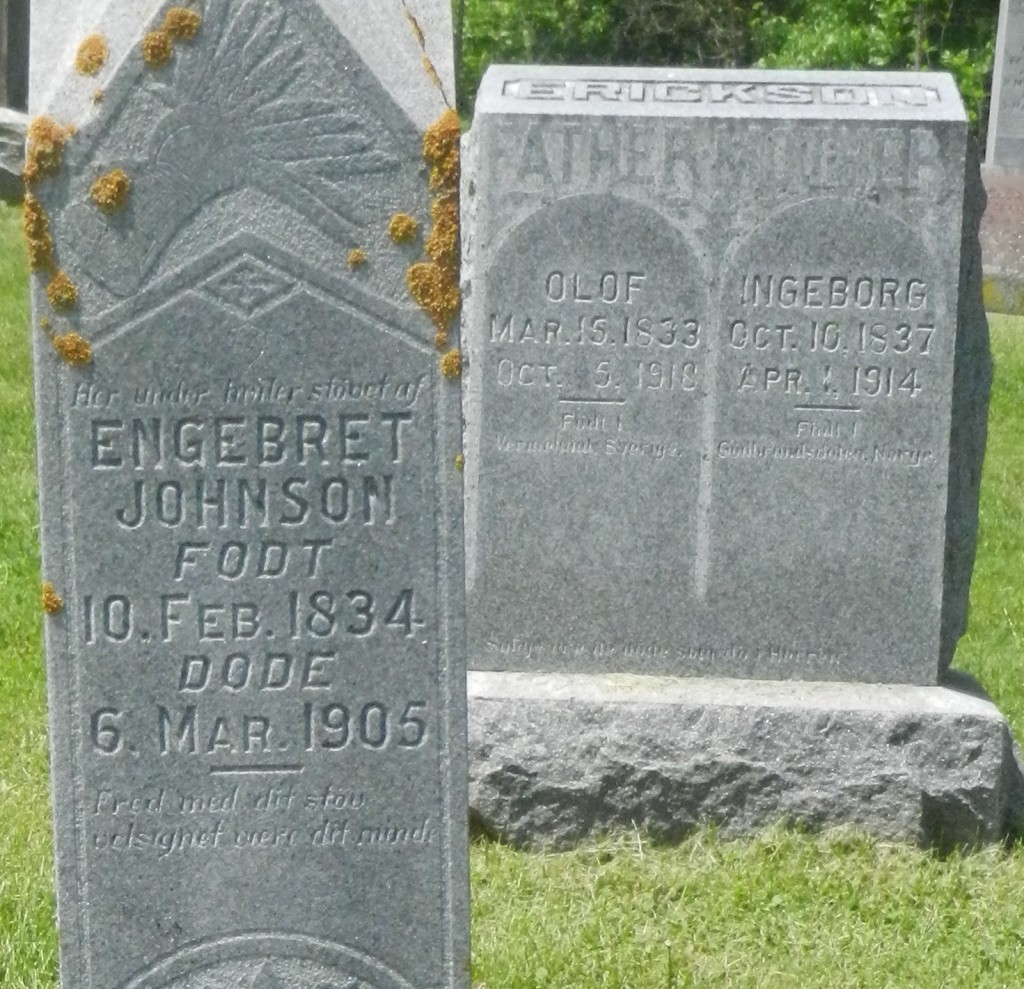 A quick comment about spelling of names: As usual, it’s all over the place. “Olaf” is the most common variant in Norway, “Olof” is more usual in Sweden, and “Oluf” is another mostly Swedish variant. The third spelling, interestingly, was used by the son, in his career as a farmer, politician and author. However, in his essay for Wisconsin History magazine, he refers to his father by the Norwegian variant, “Olaf,” although it is “Olof” on his gravestone.

In the magazine article, the father’s early life is described only briefly. There is a birth date, and the county in Sweden (Värmland) where he was born, but not much else until early manhood, when he travels to Gudbrandsdal, Norway for seasonal work, then eventually marries and settles there until his emigration.

However, in the earlier version of the essay, distributed 50 years later by Norma Haakenstad, there are several pages on this early period. Although as we shall see, some details are probably apocryphal, there are specific clues that served as a launching pad for my investigation. I will post PDF excerpts when I identify those which add to or clarify the magazine article. For starters, click here for the first 11 pages, almost none of which is in the magazine. I am including a lengthy opening passage below, as the anecdotes are quite poignant. If the print is too small, click to enlarge. 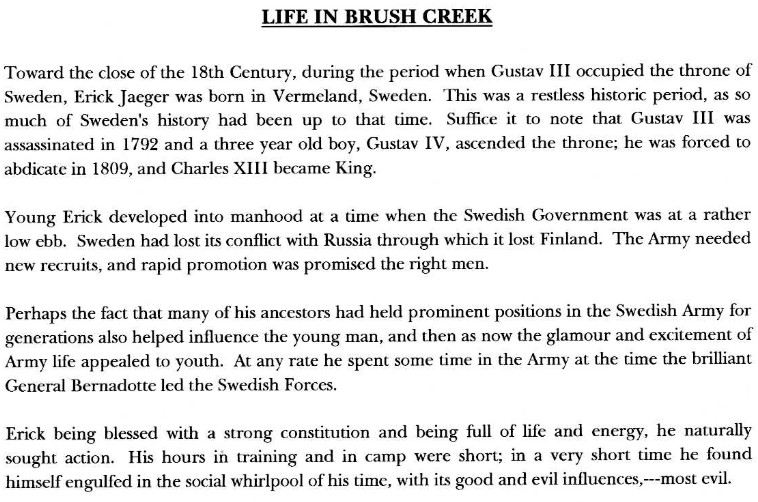 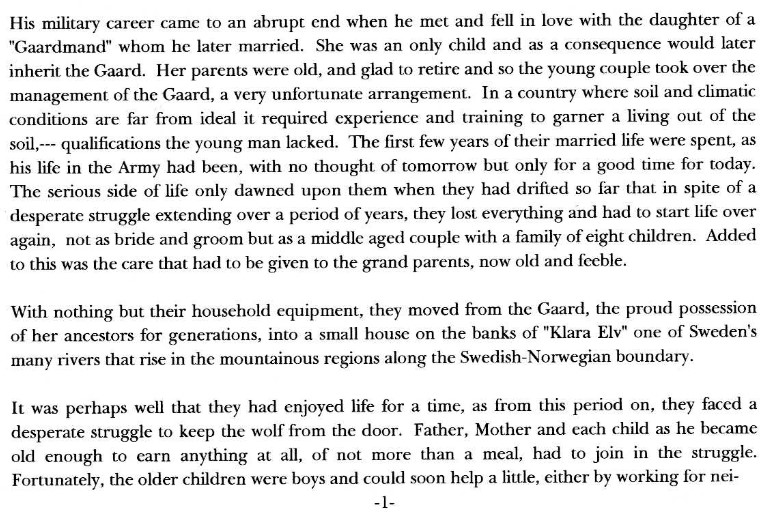 The account of how the family fell on hard times is not very well supported by facts discovered so far, but follow along … 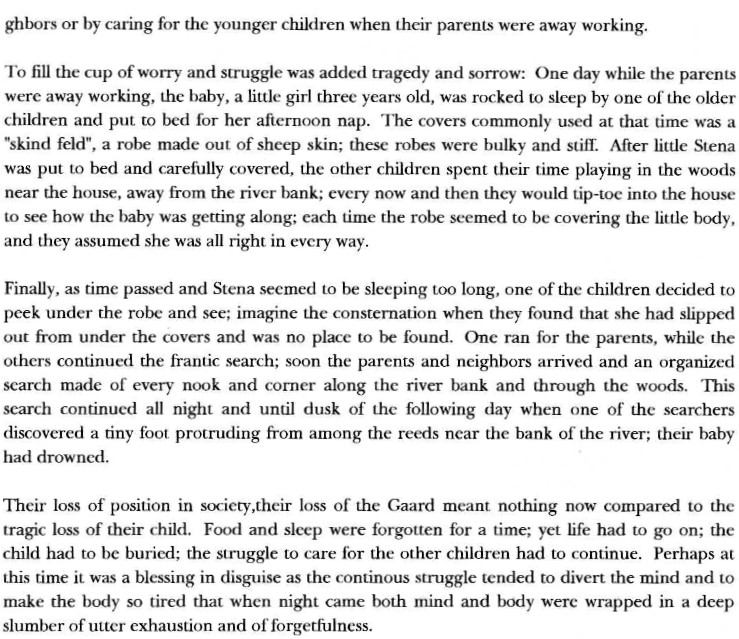 An excellent story, in all. For our purposes, the important facts are in the penultimate paragraph. We already had Olof’s birth date, and the county; now we have the parish (Frykerud), and the farm or place of residence (Ostre Glenne). With that we can begin looking for parish records. Unfortunately, Sweden’s digital archive (unlike Norway’s) charges a monthly subscription fee to access. The good news is, it is available free at the local LDS Family History Center, where I am a volunteer librarian. Stay tuned for some interesting discoveries.

The Erickson Connection, Part 4
Out of Sweden, part 2