I apologize for almost three months of silence. There has been a lot happening, and I am remiss in not reporting sooner.

Since my series on the Erickson family, I have corresponded with another shirttail relative, who is a descendant of Elsie Sletten (b. 1867) and Ole Hoff, and traced the Hoff line back a couple of generations in Norway. Two biological third-cousins on the Moen side have also been in touch. They are both descendants of John Moen (1867-1912), brother of great-grandpa Gunder Moen, and co-descendant with us Moen-Larsons of Torger Gundersen Moen (1829-1928) and Anne Haagensdatter Bakkehaugen. 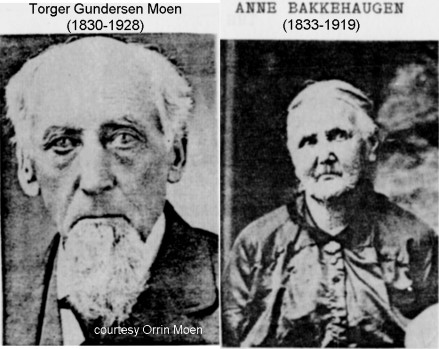 Then, last month, the floodgates opened. At cousin Marcia’s urging, I bought a DNA test from 23andMe, not expecting any sudden or spectacular discoveries. But when the results came back, boy, was I surprised.

Mind you, I am not ready to post explanations of DNA in all its complexity; I am very much a novice in the field, and learning at a slow curve. But as we go, I will try to explain enough for you to follow my train of thought.

My complete results included a rather long list of “DNA relatives,” along with other interesting estimates. For example, the current model in use puts me at only 17% Scandinavian. That sounds too low, as all of my Dad’s ancestors came from Norway, from a social class unlikely to have intermarried with foreigners in recent generations. Also (the latest big thing in DNA), I am 2.6% Neanderthal! That explains a lot — I wondered what made me so clumsy 🙂

Back to the DNA relatives: Topping my list is, of course, Marcia herself, correctly predicted to be my first cousin. There were over 400 more potential matches with predictions of 2nd-5th cousins. I could not view most of the names (they were kept private by the users), but of the hundred or so “public matches” (made their names public), I didn’t recognize a single one. That surprised me a bit, since I know the names of all or nearly all first and second cousins, and a good many third (especially on the Norwegian side).

One of the “public” names, though, did catch my eye: Joanne Lillevold, a U.S. resident with origins in Oppland, Norway, among other places, was estimated to be my third to fifth cousin. Lillevold is obviously a Norwegian farm name, although I had never heard it before. I knew it was not related to the farm name Lillegard, which is important in the Larson family story, but even so, the similarity prompted me to make Joanne Lillevold the first of my new “DNA relatives” that I attempted to contact.

Well, it turns out that Joanne has done extensive research on her Norwegian heritage, and that she does indeed have ancestry at Lillegard, even though the two farms have no relationship to each other. Not only that, but Joanne has developed a new connection from the Larsons (and Lillevolds) back to ancient Norse royalty, and a truly hair-raising story of intrigue and murder involving a distant great-grandmother. So fasten your seat belts, we are about to launch on an exciting journey, including a skeleton in our shared closet that will make Anne Larsdatter’s prison experience seem like a cake walk. 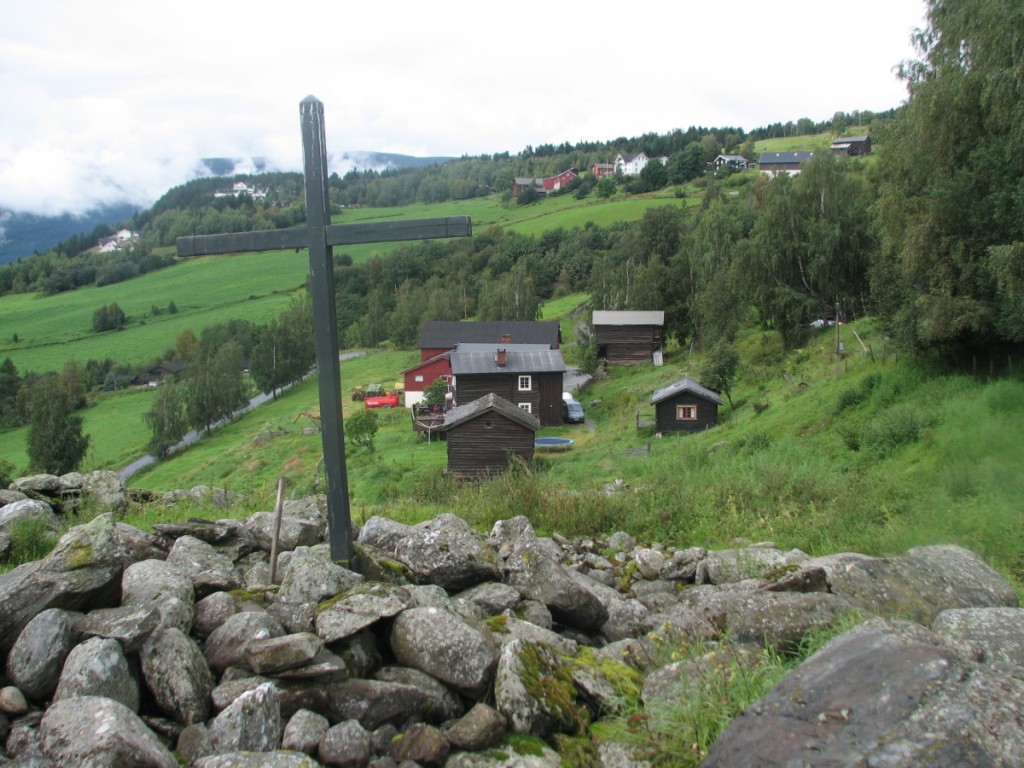 Out of Sweden, part 3
Another New Cousin?!