Can You Forget Old Norway?

Before launching into the story of our very naughty 6th great-grandmother, I want to share a wonderful keepsake sent to me by cousin Gail Myers, along with its touching story. 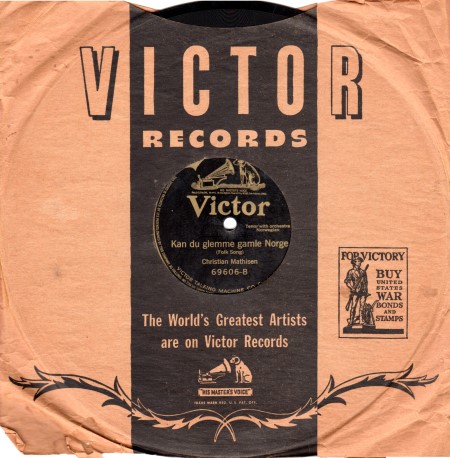 “Can You Forget Old Norway” is a sentimental folk song, apparently very popular with immigrants in America. Here is what cousin Gail said about the record:

… I was six or seven, snuggled on the lap of my Norwegian grandmother Engen, as she told my older sister — with gestures to supplement her weak English — to wind up the large console Victrola and play this over and over, as she cried softly. I said, “Gramma, don’t cry,” but she just hugged me and kept waving at Sis to play it again, or turn it over for the patriotic song on the other side — equally heart-rending for her.

Gail did not know if the record could still be played. But I took it to a local shop and it played fine; they made a digital file for me.To listen to the first verse, click the “play” symbol below.

A quick note on relationships: Gail Myers is first cousin of my mother, who had no Norwegian ancestors at all. Neither did Gail’s father, Lawrence Myers (1879-1937), my granduncle. It is Gail’s mother, Paulene Engen, who was Norwegian, although no known relation to me.

I looked up the record by its number; it was released in 1917, distributed until 1928, and sold a whopping 3633 copies(!). Like all recordings at this early date, it sounds especially tinny, as the sound was recorded without the aid of a microphone (they had not been invented yet). The label on the record’s reverse side has an embarrassing mistake. 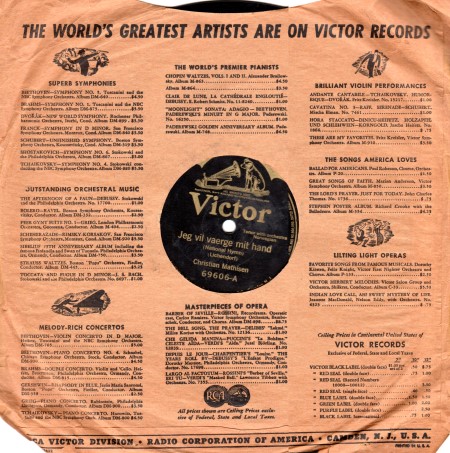 In other news from Gail, he is very active, as always, working with some neighbors on a senior-friendly housing design project, and making music several times a week with his friend Phyllis. 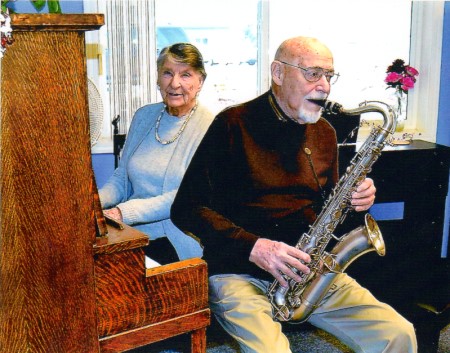 They call their show “Music We Love,” covering hits of the 1930s and 40s, and are in constant demand on the senior-center circuit in their area. Last month, Gail celebrated his 91st birthday. You go, Cuz!