From the jail at Uppigard Kjorstad to the execution place, named Gallows Hill (Galjehaugen), Marte and the others first walked across a small plateau just below the Kjorstad farm but above the valley floor. Try to imagine the scenes with primitive, unpaved roads, some poorly drained, and snow-covered much of the year. The road from Kjorstad is called Kilevegen. 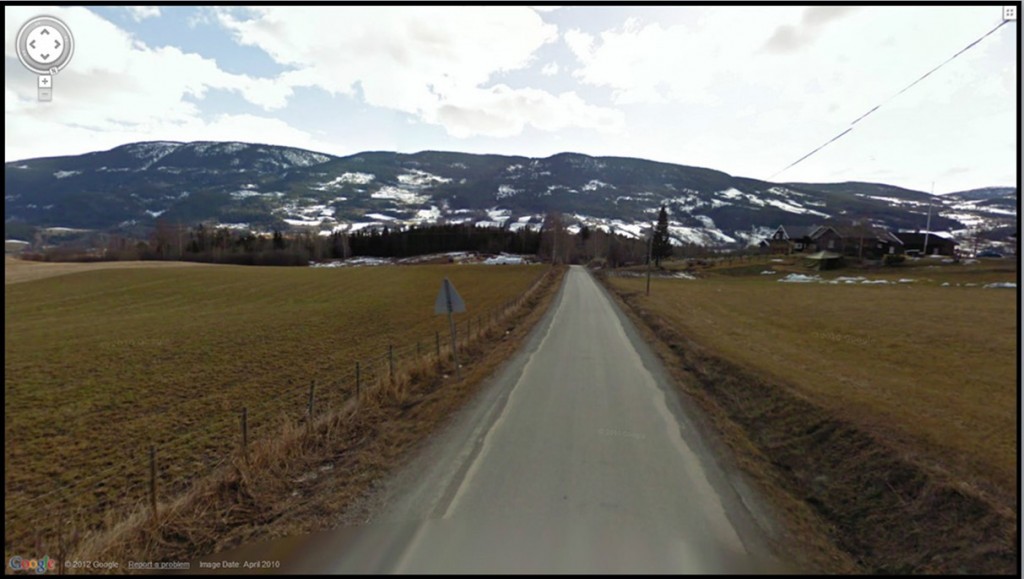 It is not recorded how many officials and witnesses came along on the walk, or showed up at Gallows Hill for the execution, but one can imagine a considerable crowd. Also unclear is which details of the event were officially noted at the time, and which were passed down in folklore until our source authors wrote them down over 200 years later. Be aware that if certain items sound implausible, they may have been exaggerated or even added to the story over the centuries. I will comment next chapter on one particularly bizarre episode.

After crossing the plateau, Kilevegen descends through the forest to Kongsvegen, which translates as “the king’s road.” Since time immemorial, this has been the overland route between Norway’s two historical capitals, Oslo and Trondheim. Today, it is part of “E6,” the primary highway from the southern tip of Sweden to Kirkenes, Norway, the northernmost settlement in Scandinavia. 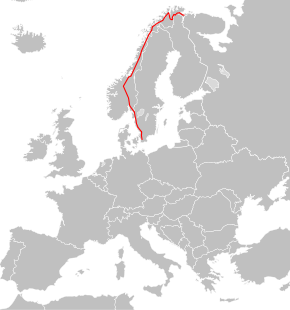 At this point, I ask you to ratchet up your imagination to the next level, and ignore the modern multi-lane, paved highway, with its signage, guard rails, and motor vehicle traffic. Try to concentrate on the scenery, and imagine the road as a rutted track, passable by wagon or coach for a brief season only. In wintertime, passage by sleigh may have been less difficult, if travelers were equipped to withstand the sub-arctic weather. Here is the junction of Kilevegen with Kongsvegen as it looks today. 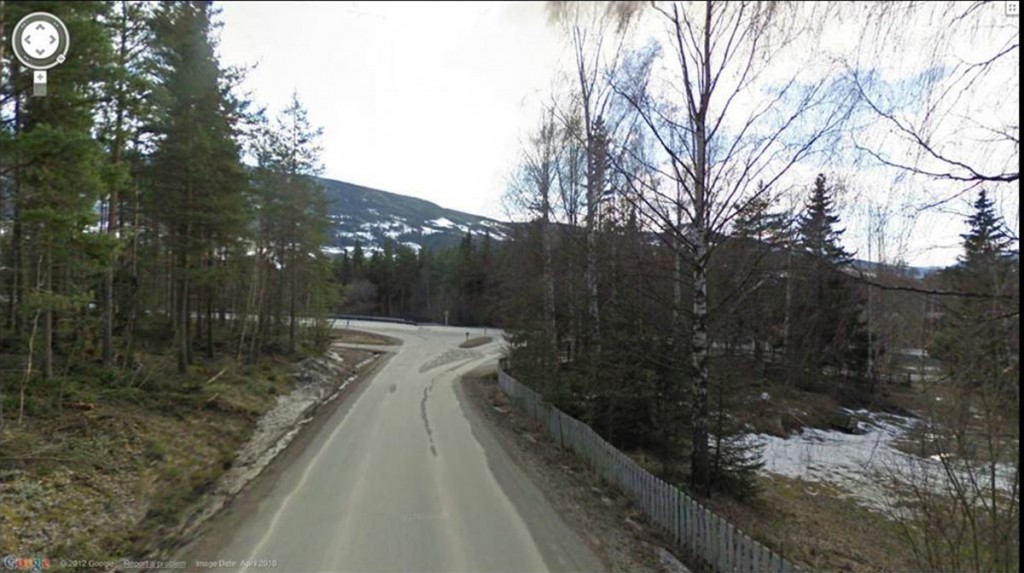 The execution party continued southeast on Kongsvegen for about two kilometers, 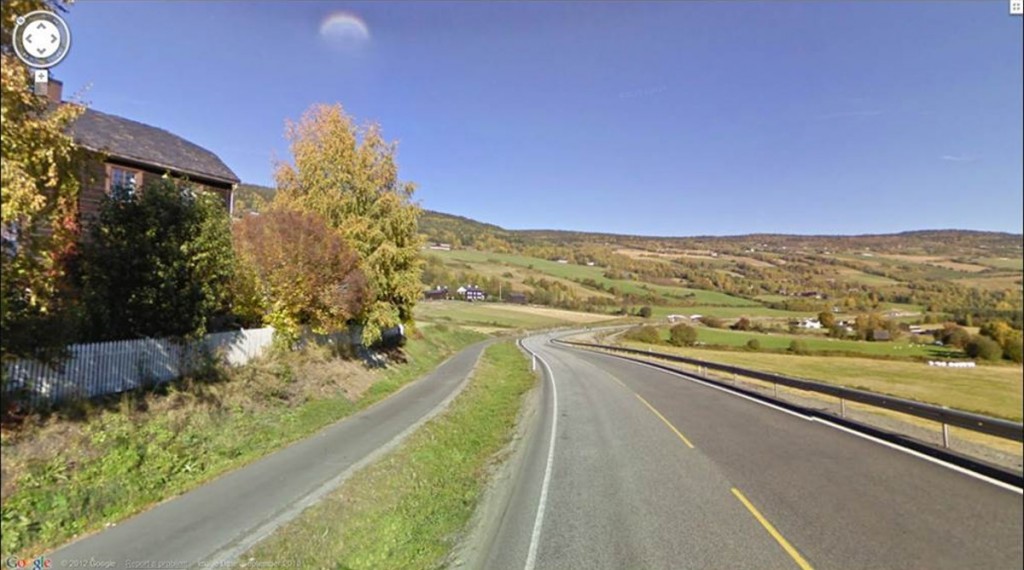 until they reached Gallows Hill. At cousin Joanne’s request, Gunvor Brække took this photo at the summit (the execution’s precise location is unknown). 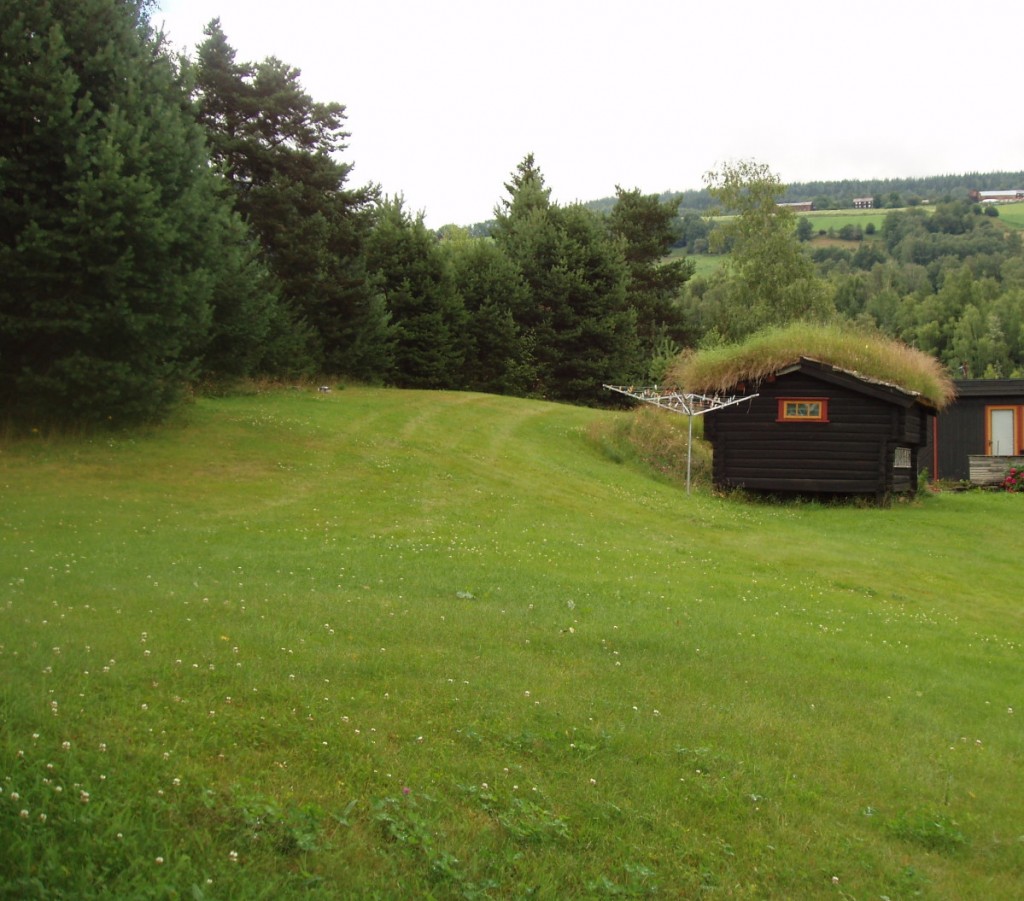 One striking detail of the narrative is musical. You may recall that the son Torger earlier confessed to the crime “with great remorse and weeping.” It was not noted if Marte was remorseful, but on the walk, Kleiven says she sang an old hymn.

… on the way to the execution place she sang with strong, beautiful, and clear voice this hymn in the Kingo* book for the Second Sunday of Advent:  “I beseech you, my Lord and God.”

In her research, cousin Joanne found a hymnbook from Norway, published in 1883, that contains that very song. 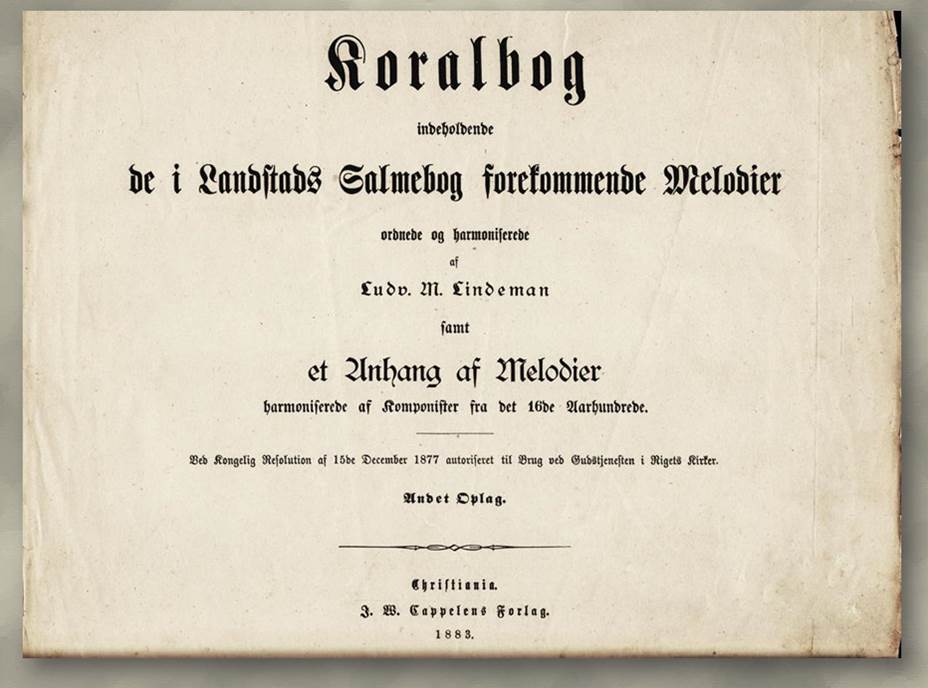 One remark on the hymnal: It was published in Christiania (Oslo), but the language is Danish (official language of Norway from the 1500s until 1906). Confusingly, the king it refers to, by whose resolution the book was published, was Oscar II, king of Sweden, which had been the co-monarchy of Norway since the Treaty of Kiel in 1814. What language did Marte sing in 1695? Most likely a dialect unique to Gudbrandsdalen, quite different from not only Danish and Swedish, but also from Norwegians in other areas. A very distinct dialect remains even today.

It might be interesting to listen to the music, as played on organ by Julie Geveshausen, while watching scenes from Joanne’s slide show depicting the route Marte (probably) walked. I added two winter scenes from elsewhere in Gudbrandsdalen for mood, as the walk took place in early February. I highly recommend you expand the slideshow to “full-screen” mode. Translation of the hymn is by Joanne Lillevold and George Larson.

Coming up: On the Hill.

The Walk Begins
Heads Will Roll