On 14 November 1694, under Norwegian Law 6-9-1, Marte Bø,  Torger Bø, and Anders Lunde were sentenced to death for premeditated murder. After the sentence was pronounced, the prisoners were transported 120 kilometers to a regional or district court in Hedmark, where the sentence was upheld. They were returned to the Fron sheriff’s jail at Kjorstad to await their execution, the method of which was specified: beheading by sword, with their heads to then be set on stakes. 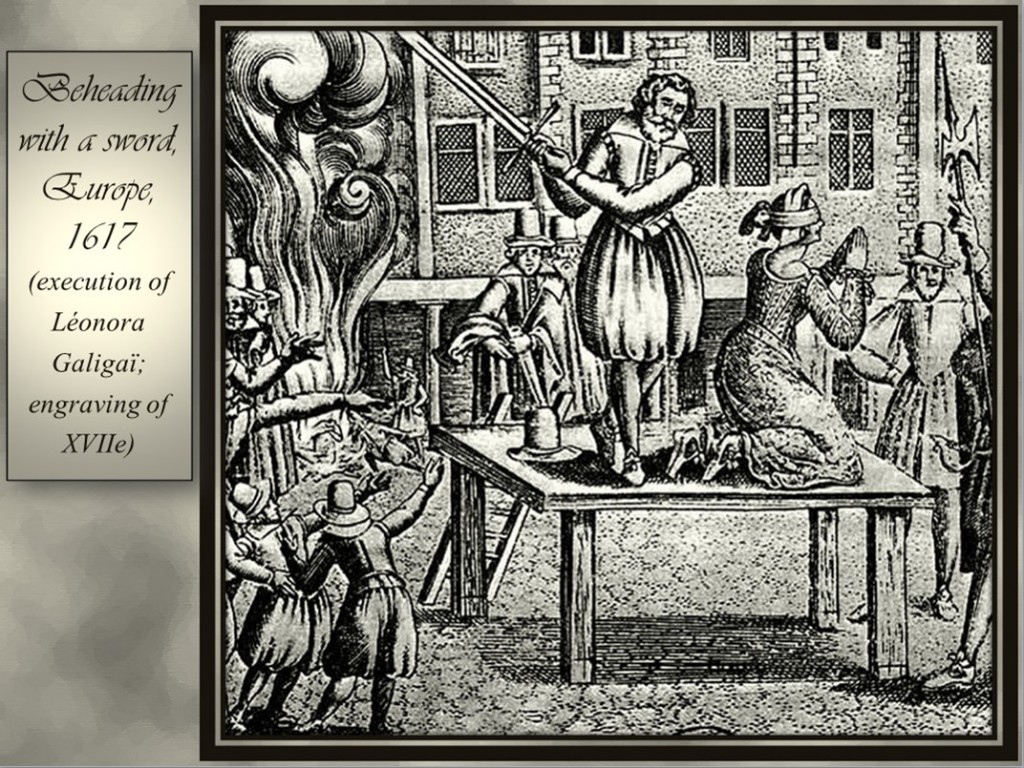 O-o-o-ouch! I warned you it was gross. But this was the 1600s. They were still burning “witches” at the stake, for example. Later, we will take a look at an executioner’s “menu” of options. But the craziest thing of all is, no one seems to have asked why. I think I will need a whole episode to mull that over.

Also unexplored was any possible connection between this murder and the earlier sudden death of the victim’s sister, under suspicious circumstances already described. Kleiven seems to vacillate between disgust over the perfunctory nature of the trial, and rationalization of its shortcomings:

As evil** as this Huskeli murder is from the first to the last, yet more evil were he who did the execution, the sheriff, and the judge.  From the first to the last, the hearing of these three criminals is so superficial and hastily done that it is meaningless, and there isn’t once asked nor said a word about the reason for the murder.  The husband at Bø was not called into court to give an explanation, and neither of the two brothers of Marit Huskelien, who raised the court case.  It appears as though the judge has arranged in order to get the case done as quietly and quickly as possible and avoid all kinds of commotion with witness and testimony.  It was all right to do it with this case because all three criminals at one time confessed to the crime, without the least concealment.  Perhaps the court here took consideration for the two well-respected, old and distinguished families and all the relatives far and wide in the valley, who certainly did see hurt from the Huskeli murder.

My thoughts wander to some of those “relatives far and wide” who “saw hurt.” Østen Østensen Forbrigd, Marte’s father, died of unknown causes in December 1694. Surely, heartbreak over his daughter’s crime and punishment was a significant factor. Marte’s husband, Torger Torgersen Bø died suddenly, just days before his wife’s execution, most likely from a stroke caused by stress.

Then there were Marte’s three other children Østen, Marte, and Tore. Tore was the youngest daughter (fourteen years), and was also our ancestor. Next: Follow them on their walk to Gallows Hill to witness their mother’s (and brother’s) execution.

**another translator used the word “strange” instead of “evil.” I would say strange and evil, and more.

The Confession
The Walk Begins