I thought I was pretty good at collecting images from the Internet to use in my projects. But Cousin Joanne really nailed it when she made her PowerPoint on this story. Using Norwegian mapping sites, and on-the-ground images from Google “street view,” she presented, among other things,  a realistic series showing the countryside as Marte must have seen it on her walk to Gallows Hill. Another tusen takk to my resourceful fifth cousin! All images are clickable for enlarged viewing. 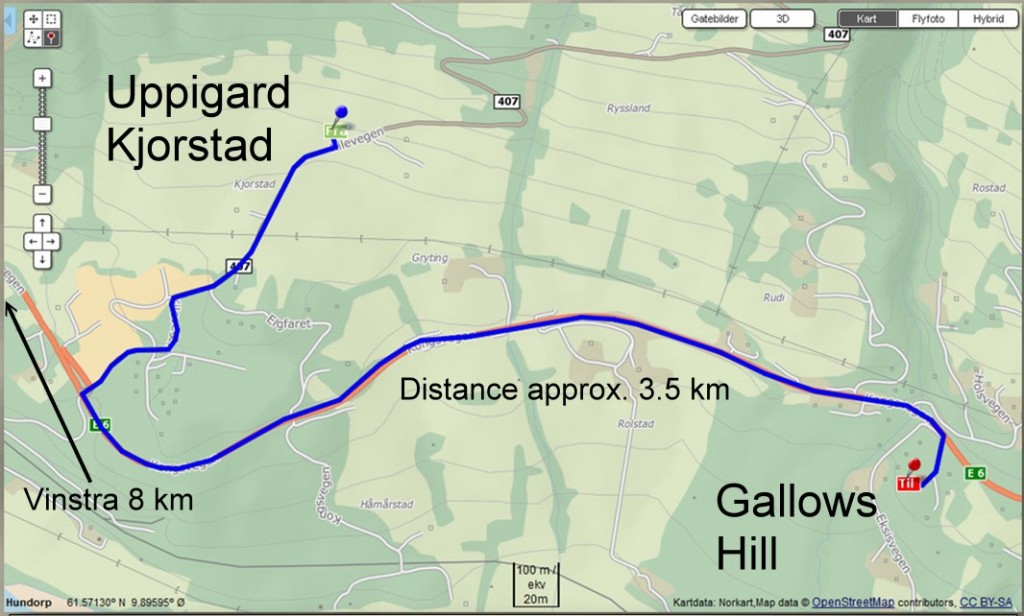 Naturally, the color photos show all modern improvements. Marte and the others on her death-march would have seen fewer and very different man-made developments. Roads were obviously unpaved and more primitive, but probably followed mostly the same route. The triple execution took place on 11 Feb. 1695; I emphasize the date because some of the 20th-century sources got it wrong. The ground would have been mostly snow-covered. Below is part of Uppigard Kjorstad as it looks in the present day. This is where the walk began. 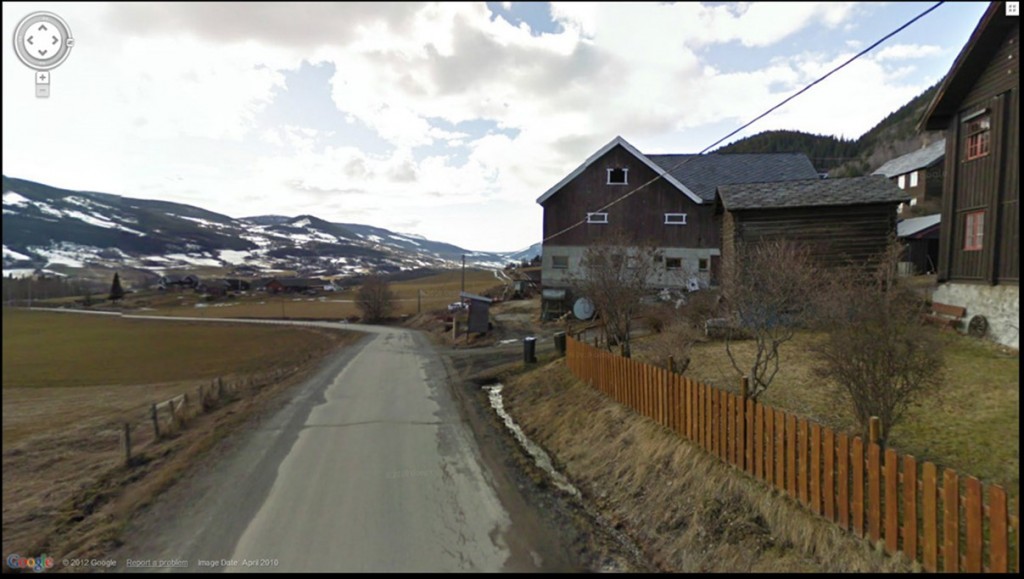 A photo dated 1938 shows the L-shaped barn above, under construction. The building in the left background (no longer standing) was purportedly the jail where Marte and the others were held, 240 years earlier(!) 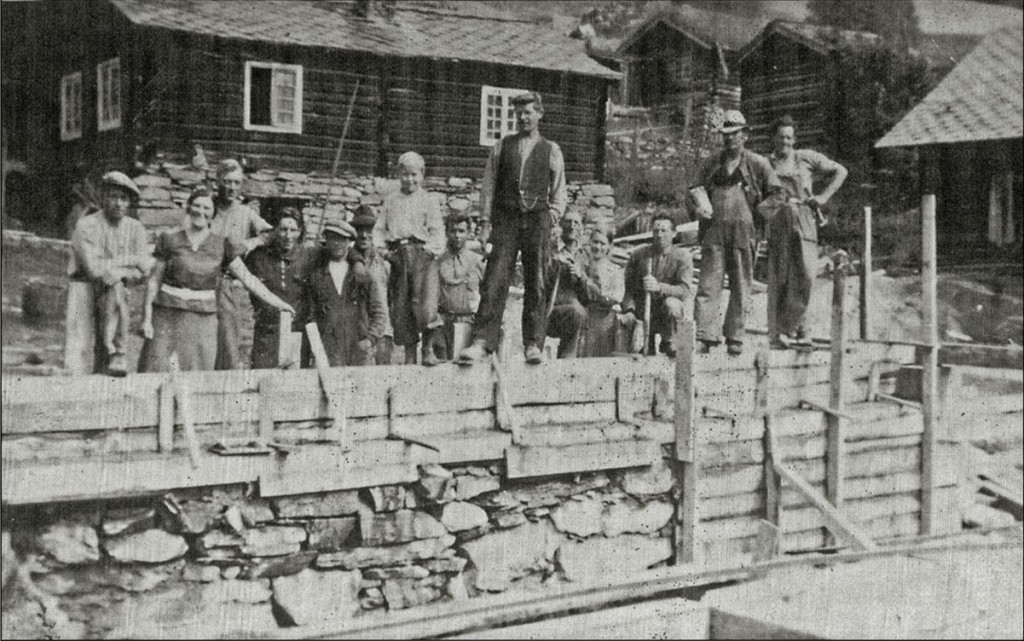 In the previous post, I implied that Marte’s other three children (besides the condemned eldest son) came along on the walk. That was based on my misinterpretation of a passage from Kleiven, which Joanne has retranslated as follows (she cautions us that it is a rough paraphrase, up to the ellipsis):

Marte Bø had three more children besides the oldest son: Østen, Marte [called “Marit” in other sources], and Tore.  Of those, at least Marte was an adult.  On the way to Gallows Hill, Torger said to his mother that his sister Marte should also have been with them [to be executed].  Marte (the mother), tells him, ‘keep quiet, it’s bad enough as it is.’ … Those words Torgjer Bø said to his mother about Marte, his sister, pointed to her also having some guilt in the Huskeli murder, but how that could connect cannot be understood.

While the elder daughter was not among the condemned (which Torger asserted she should have been), there is no indication whether she or the other children were present as witnesses. Joanne doubts it; she posed to me the simple question, “Would you?”

Well, no, I surely wouldn’t, if I had a choice. Both Marte’s husband and her father, who no doubt would have been required to attend, avoided the horror by conveniently dying in the weeks prior to the execution. The husband died suddenly, eleven days before the awful event, possibly from a stress-induced stroke. It is not known whether the father’s death was sudden, but surely the upheaval in his family was a factor. As for the children, I think it likely they were also required (forced) to be there by the customs and mores of the time, as devastating as it would have been for anyone, let alone a child. Either way, I strongly doubt they had a choice in the matter.

Next: the closing hymn