A loop through western and central Iowa rounded out my 2014 mini-journey. The city of Onawa, south of Sioux City on the Missouri River, was the home of my great-grandparents Stephen B Myers (1848-1917) and Helen (Colby) Myers. 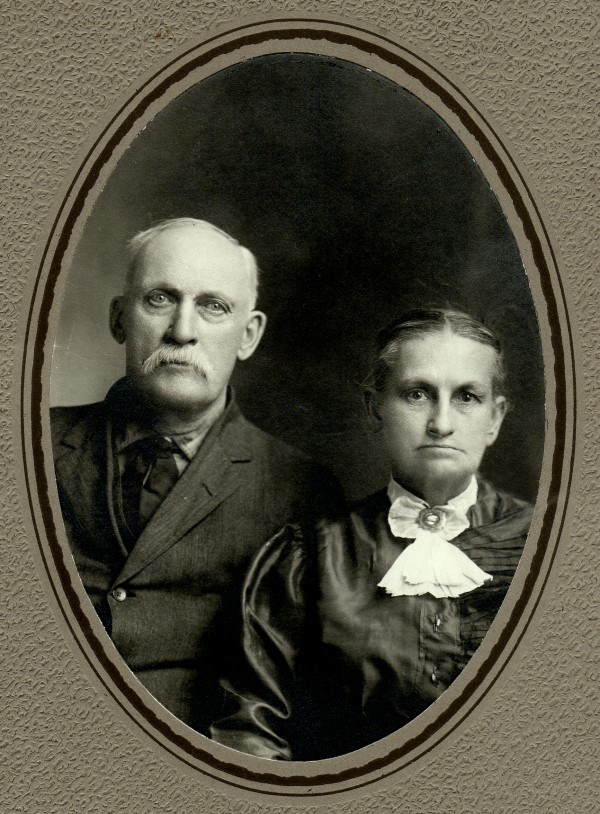 Stephen Myers was a long-time official of Monona County, and may well have worked in the county courthouse, from the time it was built (1892) until his retirement. The building was renovated in the 1990s. 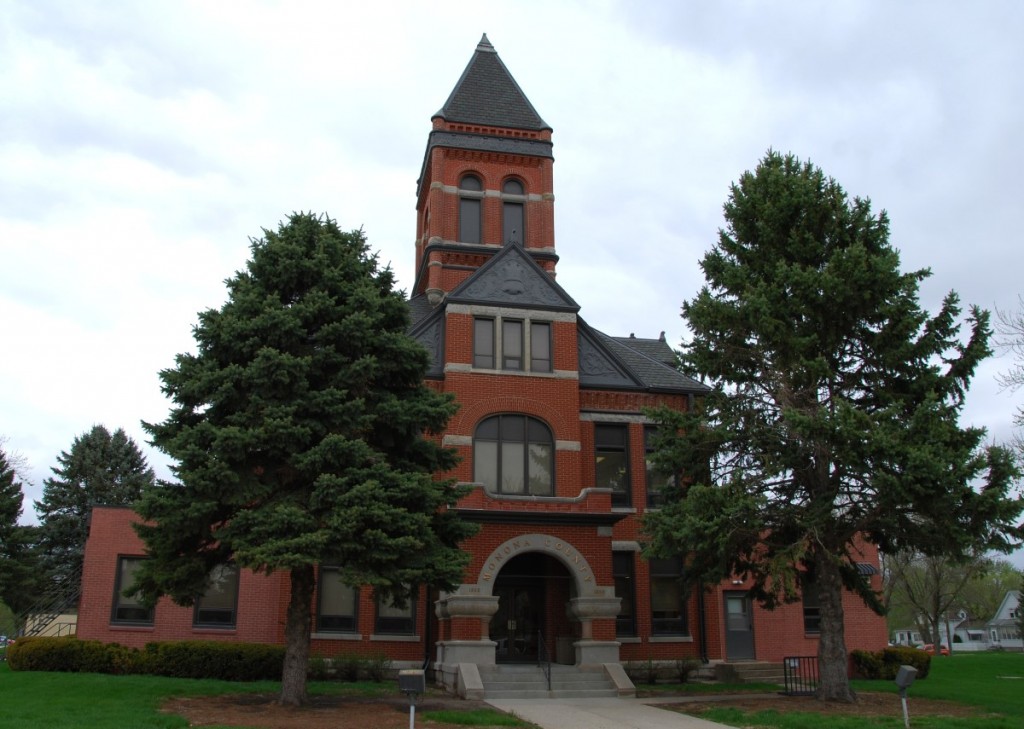 On visiting the public library, I was told by a librarian that their small local history and genealogy collection was initially funded by a gift from Helen Colby Myers!

The City Cemetery is near the center of town. 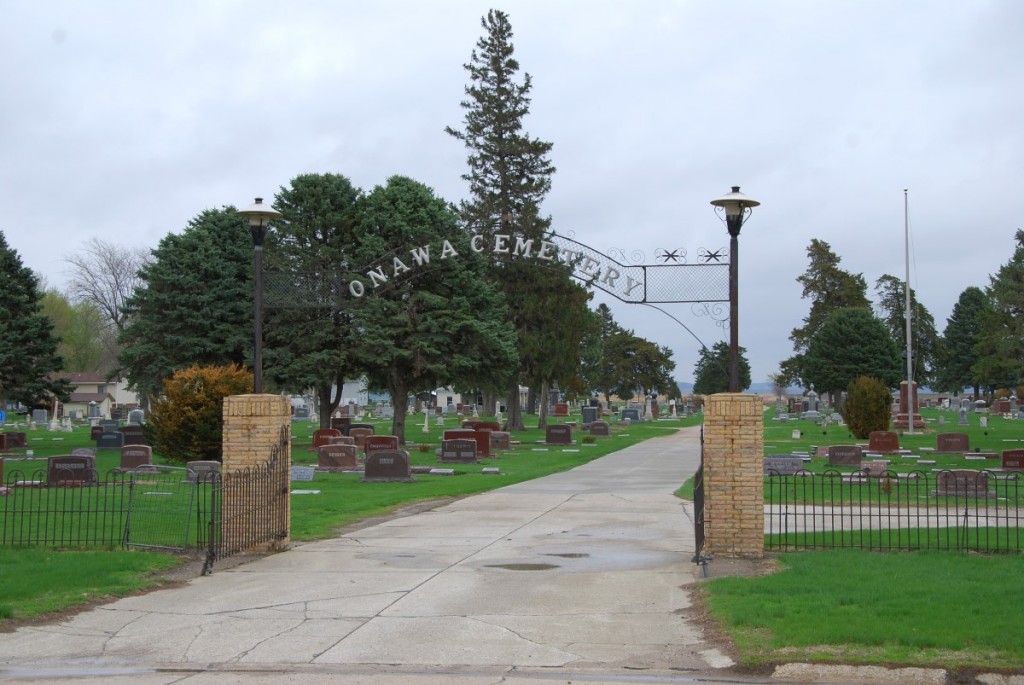 I have a little issue with Stephen and Helen’s grave markers, which I need to follow up on soon. Their gravestones are in excellent condition, and the grounds are adequately maintained by the city, if a little too heavy on the herbicide for my liking. 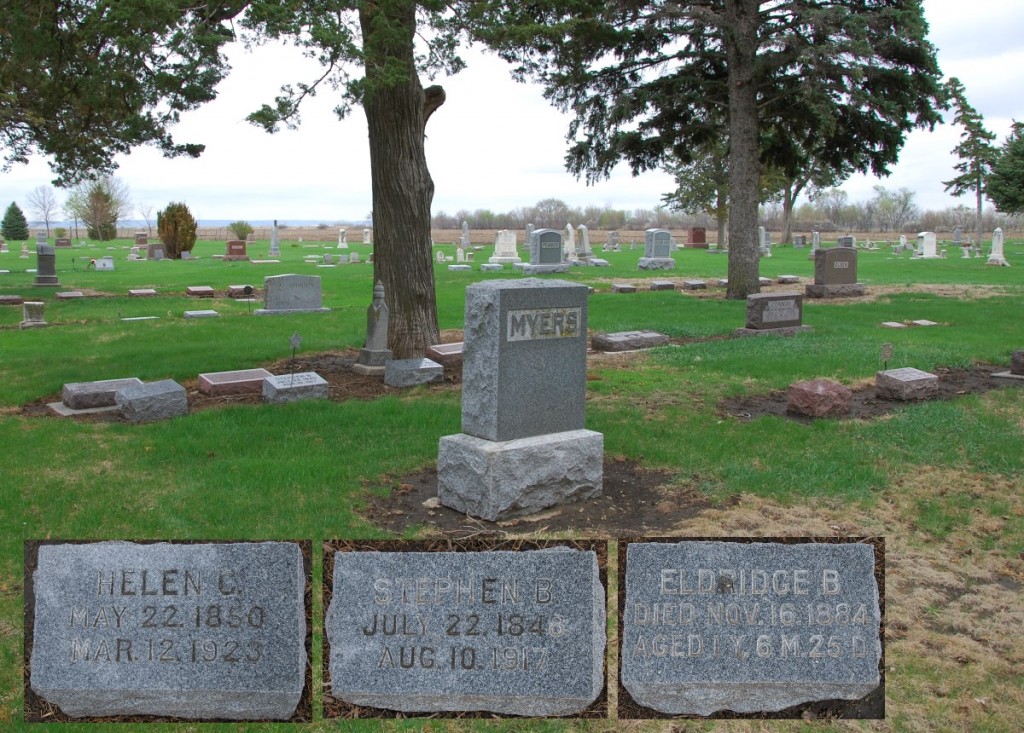 Click to enlarge, as usual. The three individual stones pictured in the inserts are those in the near background above, at least eight feet from the common stone, the only one that displays the surname. As the sexton explained to me, the “Myers” marker is a headstone, while the three individuals are “footstones.”

Well, that was all very well when the folks were buried in 1917-23. But decades later, the Hawkins family, no known relation to the Myers, were buried in the next plots, and their “head” stones almost touch the Myers’ markers. 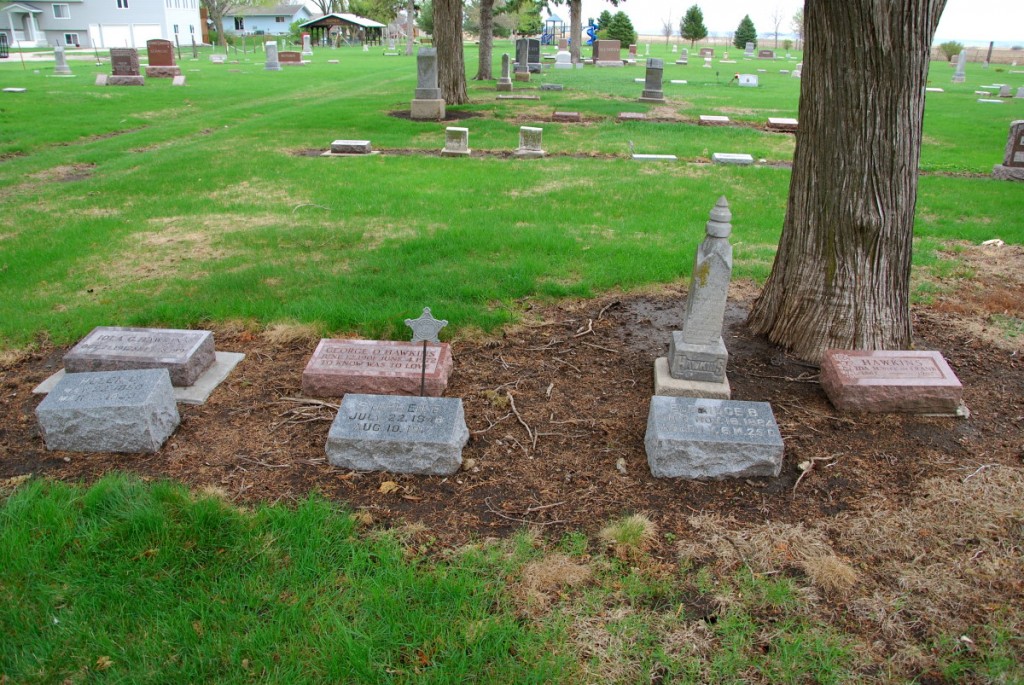 This is all according to the cemetery plan, and it has been this way for over 20 years, but it just doesn’t feel right to me. A casual visitor might at first think that “Stephen B,” “Helen C,” and “Eldridge B” were members of the Hawkins family. I am investigating the possibility, and cost, of moving the Myers footstones to the head of the graves, aligned with the current “head” stone. 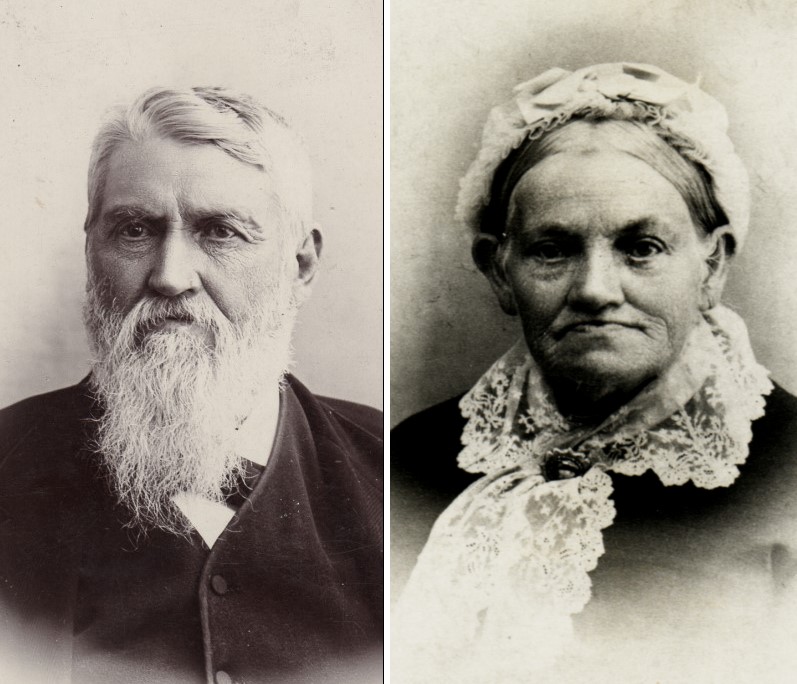 Susan Eldridge happens to be the biggest “brick wall” among my second great-grandparents. Her obituary states that she was born 19 May 1820 in New York state, but I have found no corroborating evidence, nor any hint of her parents’ names. See my “most wanted” list.

The Colby monument is large and ornate. Photos I had seen on Findagrave.com and elsewhere did not do it justice. 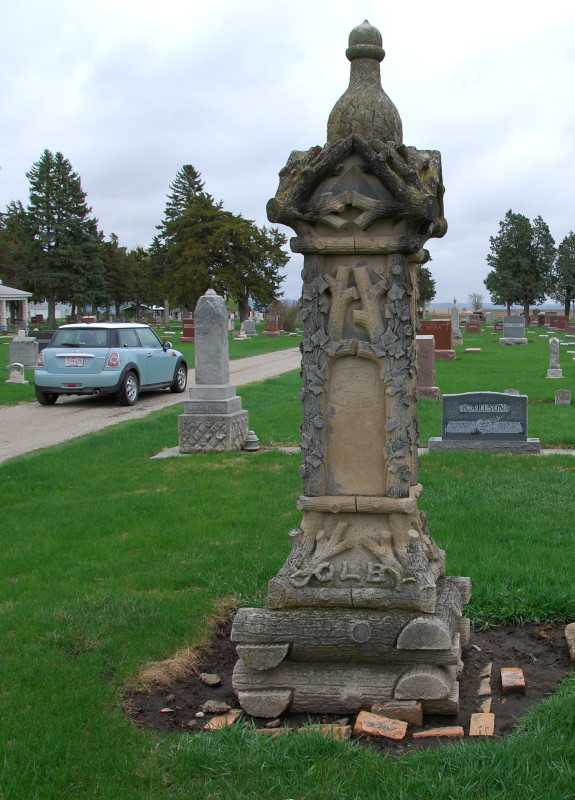 Harry’s and Susan’s inscriptions are on two adjacent sides, shown here in composite, from earlier photographs by Jody Boyd. 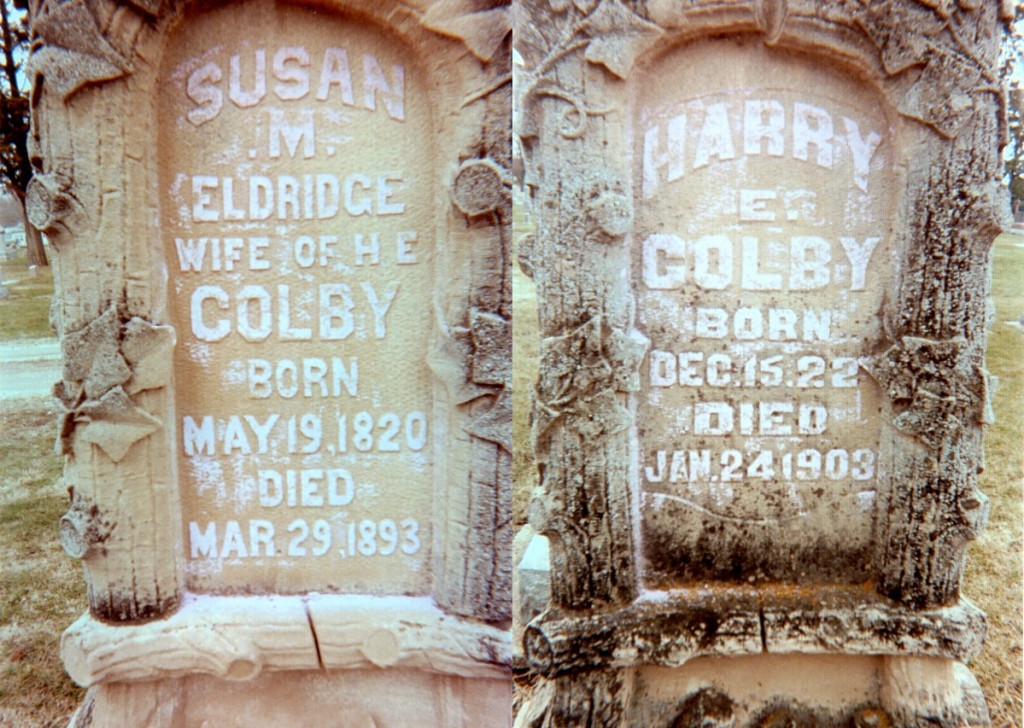 Next to this monument are the graves of my great-granduncle Harry E Colby Jr. and his wife Flora Blackburn (Colby). 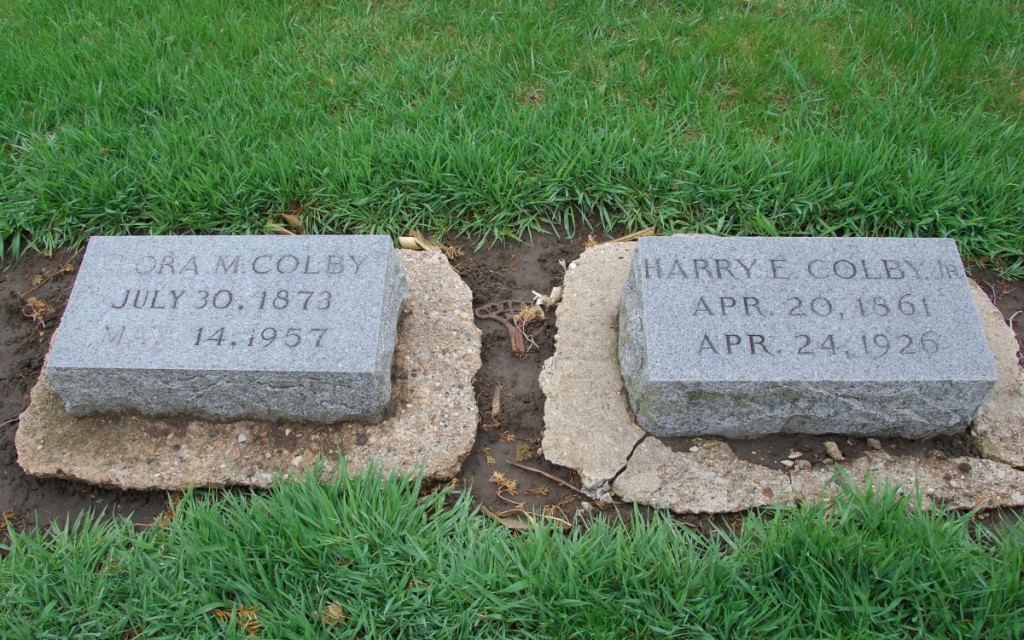 Next: Oskaloosa, and the fulfillment of my “bucket list.”