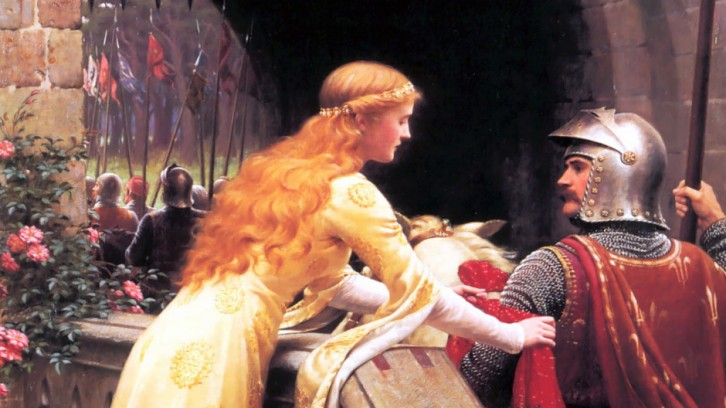 A New Batch of Royalty

In the course of my research, I uncovered a whole new line from my mother, Reatha Myers Larson, back to the royalty of medieval Europe, by way of a scheming duke named Henry Stafford, about whom more below. This  time, the line is linked to Dan Myers’ father, and wouldn’t you know, it shows that Dan’s father and mother were distant cousins. Incidentally, this brings us into royalty a century or so later than previous connections, and gives us literally hundreds more ancestors. 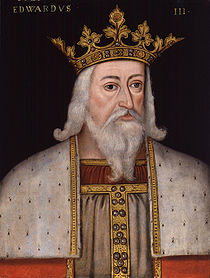 Henry Stafford was part of the extended Plantagenet dynasty, which lasted from 1133-1485. Among other connections, he was, three times over, 3rd great grandson of King Edward III. Of the 15 kings in the dynasty, here are five others who are my direct ancestors: Edward II, Edward I, Henry III, John, and Henry II. The last three are ancestors of both of Dan Myers’ parents.

These were dangerous times. While the kings and their relatives enjoyed lives of privilege, power, and luxury, deadly perils lurked at every turn. Of those six monarchs named above, at least one died by murder, another as an indirect result of his military defeat, and others ascended the throne following the premature death and/or violent overthrow of their predecessors. Besides their job hazards, they were as vulnerable as others to the prevailing pandemics; at least one died of the Black Plague. 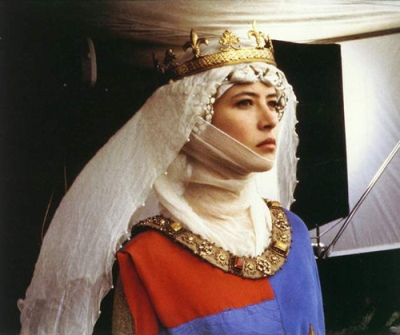 Isabella of France, as portrayed by Sophie Marceau in the 1995 film, “Braveheart”

Well, not as in “raised by wolves,” but the nickname is still an apt metaphor for her life and career. The quintessential femme fatale. I speak of our approx. 20th great-grandmother, Isabella of France (c. 1294-1327). She was the daughter of King Philip IV of France, and in time, sister of three more French kings.

N.B. In the film, Isabella is the love interest of Sir William Wallace, a historical figure who led a long guerrilla war for Scottish independence during this period. However, although her birth date is uncertain, she would have been impossibly young at the time of the events fictionalized in the movie, and it is not plausible that she was ever involved with Sir William. Indeed, William Wallace was executed before Isabella even married Edward II (note below her age at marriage). 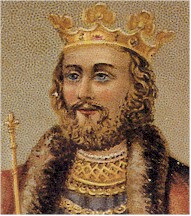 Promised from infancy, Isabella was married at around age twelve to the famously bisexual, inept, and newly crowned King Edward II of England, a young man (only) twice her age. In this way, Isabella was flung into what had every prospect of being a royally dysfunctional marriage.

In the early years (that is, once she reached puberty), things progressed as expected; Isabella bore to Edward four children, including our ancestor, the future Edward III. Her faithfulness is not taken for granted by historians; the couple’s itineraries nine months prior to each birth strongly support the children’s legitimacy. In time, jealous of her husband’s male lovers, she tried with limited success to rid their court of them. Eventually, she took a lover of her own, at first discreetly, later quite publicly. He was Roger Mortimer, first Earl of March. 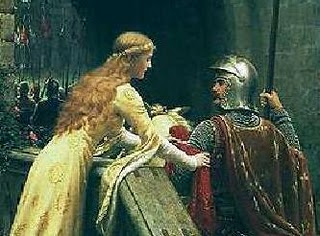 They had no children together, but in a supreme irony, Roger Mortimer is also our ancestor, through a child of his marriage to Joan de Geneville.

While in hiding in Flanders, Isabella and Roger conspired to rebel against her husband. This they did, successfully, in November 1326. Although they installed the 14-year-old Edward III as king, Roger and Isabella ruled as regents for several years. Accounts differ as to whether they had Edward II gruesomely murdered, or kept him in seclusion after their conquest. Roger and Isabella set about usurping many noble landholdings, by disgracing or executing the owners.

In 1330, supported by many nobles, Edward III, now 18 years old, asserted his independence, and Roger Mortimer was hanged without trial on November 30. Both Isabella “the she-wolf” and Mortimer’s wife Joan were pardoned and lived out their lives in retirement. Isabella was permitted by her son to dote on her grandchildren.

“No man ever excited her resentment who did not perish under its effect; the king himself forming no exception to this fact.” – Unattributed quote

References abound for the lives of Edward II, Isabella the She-Wolf, Roger Mortimer, and Edward III. Many of the articles on the linked search pages were consulted for this post. There is a somewhat controversial, full-length biography of Isabella by the best-selling historian and novelist Allison Wier, which I haven’t got hold of yet, as well as humorous treatments like this badass of the week award, and this hilarious spoof titled, “Support Group for Tragic Queens.”

In exploring the Revolutionary war patriot Philip Myers (German immigrant, and my 4th great-grandfather), naturally I was curious about the pedigree of great-grandma, his wife Martha Bennett. The Wyoming Valley book shown earlier gives a skeletal sketch of her patrilineal ancestors back to colonial Massachusetts, not far from the Colby’s. Specifically, my 8th great-grandpa along these lines is Samuel Bennett (b. 1611) who immigrated to Weymouth, Massachusetts from Weymouth, England around 1630 with his father Edward Bennett (about the same time as Anthony Colby immigrated). For prior generations of Bennett’s I have found no clues; all the reliable multi-family tree sites are silent.

Not so, however, with Martha Bennett Myers’ paternal grandmother, Mary Stafford (1690-1782). From her father, Amos Stafford, the male line goes straight back to Henry Stafford, 2nd Duke of Buckingham (1455-1483). This character is my 12th great-grandfather. 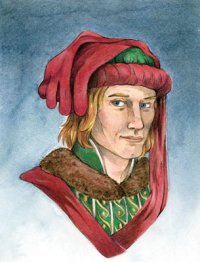 Henry was a member of the royal family many times over; indeed, three of his four grandparents were descended from king Edward III, albeit through daughters or youngest sons. He never became king, but was a potent behind-the-scenes player, who may well have had his sights set on the throne. He maneuvered his kinsman Richard III into power following the death of Edward IV, by engineering the disgrace, disappearance, and presumed murder of the uncrowned Edward V and his brother in the Tower of London in 1483. These two were also Henry’s kinfolk, of course. The same year, Henry Stafford changed sides,  joining forces with Henry Tudor (a more distant relative) in a rebellion against Richard III. This rebellion failed, and Henry Stafford was beheaded for treason on 2 November 1483, at the age of 28.

Henry Tudor, however, successfully overthrew (and killed) Richard two years later, seizing the throne as Henry VII. This ended the Plantagenet dynasty of English kings, the house to which Stafford was most closely related (Technically, the dynasty ended earlier, but the two succeeding dynasties, reigning until Richard III, were extensions of the Plantagenet line).

Fall From Grace: Plantagenet and Stafford

There is an excellent Wikipedia article on the entire Plantaganet dynasty. If you don’t want to read all of it, scroll down to the section on the family’s decline. Better yet, start a little earlier, with the Wars Of the Roses. These were multiple conflicts, mainly between branches within the Plantagenet bloodline. These wars involved the reigning kings and title characters in no less than four of Shakespeare’s tragedies.

The last two Plantagenet’s died during the reign of the viciously paranoid Tudor king Henry VIII (lived 1491-1547). One of them – a 66-year-old widow – was executed for treason(!) 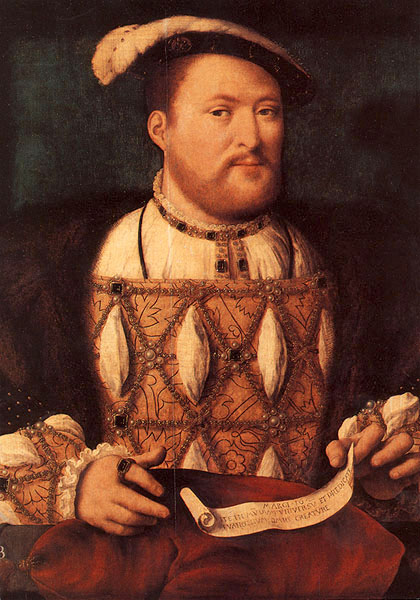 The House of Stafford fared not much better, but the male line did survive. The late husband of the widow mentioned above was Baron Henry Stafford, grandson of “the” Henry Stafford, Duke of Buckingham. I am checking on why their son was not considered a threat; his name was Richard Stafford; birth, death dates unknown. Not killed, but bitterly shunned by the Tudor’s, Richard Stafford died in poverty; his children and grandchildren were poor tradesmen. Perhaps generously, they could be considered part of the emerging Middle Class: not servants nor peasants, but having no property of their own. Documentation is poorer for the next few generations, but it appears that Richard’s 5th great-granddaughter was Martha Bennett, wife of Philip Myers.