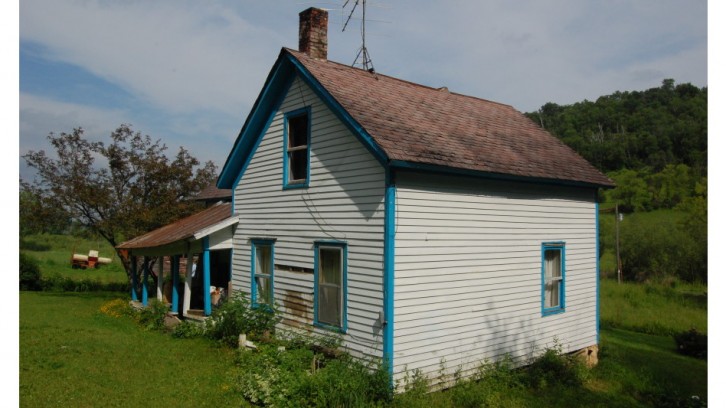 My great-grandmother, first wife of Ole Larson, this Anne was born 25 Jan 1845 in Tretten, Norway, at the farm Bjerke, where her father and many other ancestors were also born. Click here for Anne’s place in the family tree. In this photo from across the river, Bjerke is in the center background.

She was christened on 16 February, as shown above, along with a twin sister named Ingebor, who apparently died during infancy, as another sister with the same name was born in 1852. While that is not conclusive proof that the first Ingebor died, it is a good bet, since she never appears again in family records. Click here for a profile of Anne’s parents.

At 22 years of age, Anne came to America aboard the bark Johannes Rød, landing in Quebec, Canada, as Ole Larson had done two years earlier. 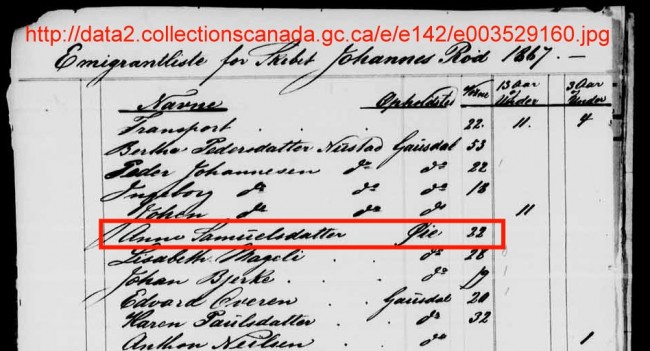 Her destination, like so many Gudbrandsdalers, was Coon Prairie, Wisconsin, near the present-day town of Westby. Three years later, Anne married Ole Larson. Ole had acquired some land about 25 miles north of Coon Prairie, in a small spin-off settlement known today as “Norwegian Valley.” Their home (top photo) was still standing in 2013, although abandoned and quite run-down. 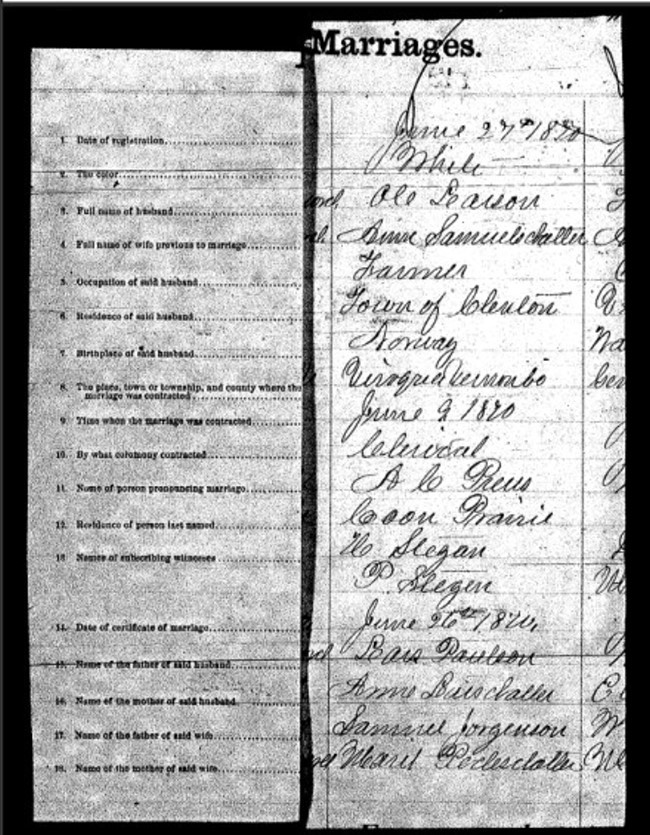 It is unusual to find the bride’s surname given in the “old country” way, “Samuelsdatter.” In fact, when Anne’s sister Mattie was married years later, their surname had become “Samuelson.” Anne’s brother Ole Samuelson had many children, some of whom maintained friendships with my grandfather and my parents during my lifetime. Even Anne’s father, Samuel Jorgenson in the old country, and in the above document, is named on his gravestone as Samuel Samuelson(!)

From 1871 to 1884, Ole and Anne had six children, two of whom died in infancy.  Of the four surviving, three are portrayed below, in the earliest known photo of the Larson family. The eldest, Smith Larson, is not pictured. The youngest is, of course, my Grandpa. 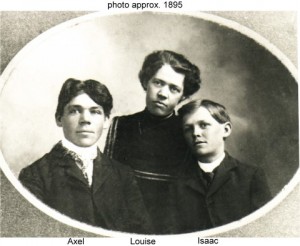 Anne died in 1885, when Isaac was a year old. There seem to be no death certificates in Wisconsin for such early dates, and so far, I have found not even an anecdote about her health or cause of death. It can’t have helped that Alma Larson, Ole’s first child with Helene Olsdatter, was born a month before Isaac.

Ole and Anne are buried together at Brush Creek, with Helene (Hellina) situated a few yards away. 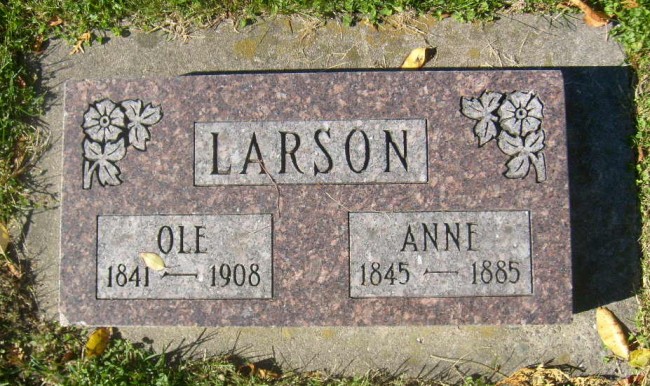