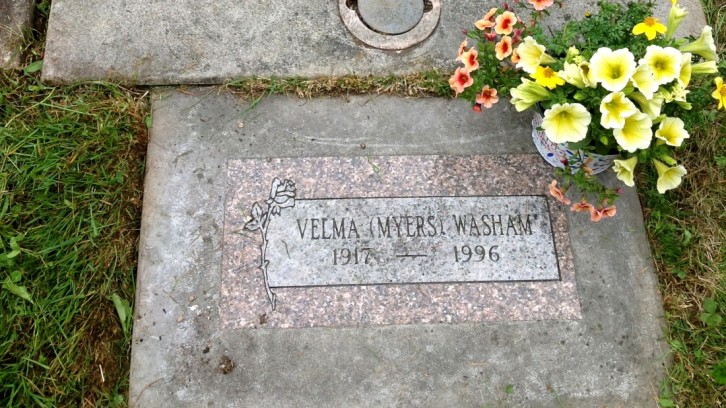 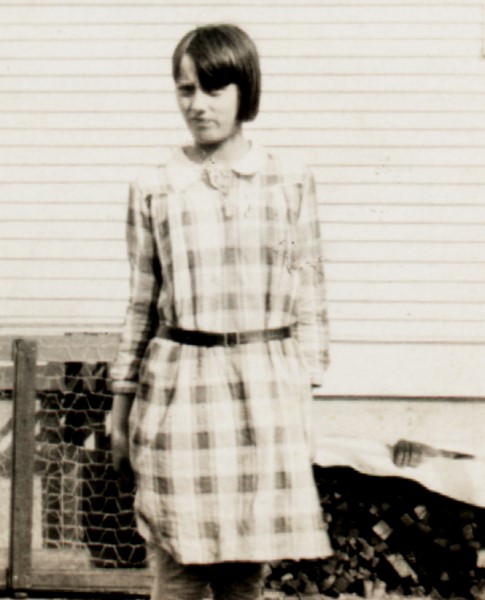 Younger than Mom by three years, she was estranged from the family as a teenager. Of course, Reatha was also estranged, but Velma never reconciled with her parents. It was vaguely known in the family (not to me, personally) that Velma had married a Mexican man, had two children with him, then divorced. The children stayed with their father, then were adopted, and after over 60 years, one of them eventually made contact with the Myers family in 2013.

It was some time after my father died when Mom (Reatha) made contact with Aunt Velma (they may have had some kind of contact before, but that was also unknown to me). She had lived in Denver since the 1950s, and was becoming frail. Mom went to Denver to visit her a few times. She also claimed Velma’s cremains when she died in 1999, and buried them in her own future plot at the cemetery in Castle Rock. The surname Washam is presumably that of another former husband. There is a Denver City directory of 1954 that lists Velma Washam, single, working as a maid at a hospital, where she also lived on the campus. I suspect that Velma had some mental-health or emotional issues that manifested from her teenage years, but went unrecognized until much later.

The erroneous death data on the stone is my own fault! After Mom died, I ordered a gravestone for Velma, smaller but similar to Mom’s, and I used the date in the cemetery’s records, which was in error. According to Social Security records, Velma died 15 Oct 1999. Mea culpa! 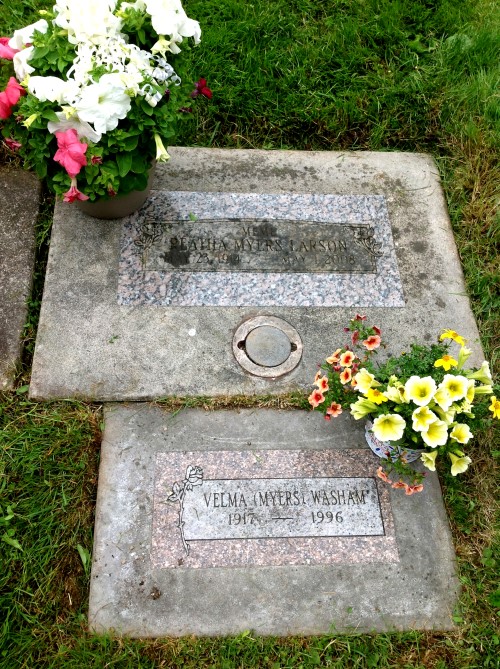