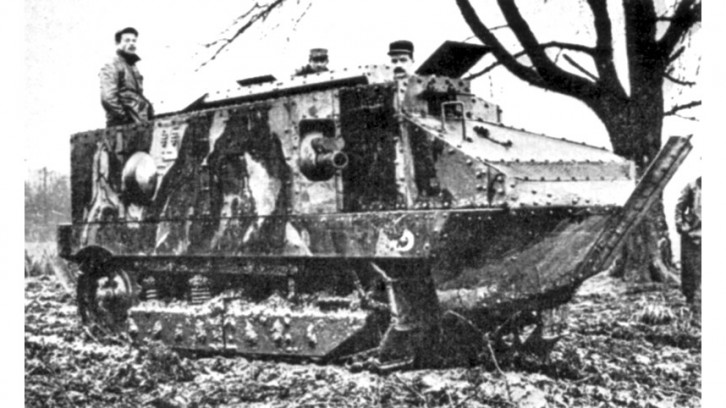 Born on this date in 1916: cousin Milton Arthur Larson. “Larson, who?” you may ask. He is rather distant, at second cousin, once removed. I couldn’t resist including him, because he is not related by the Larson name, but is a great-grandson of Amund Volden, whose birth was featured yesterday.

On this date in 1918 (World War One), US Army troops operated tanks for the first time in combat, at the battle of St. Mihiel in France. The tanks were French-made, probably similar to the top photo. Also fighting in that battle was a US Marine private named Smith Larson, my granduncle. It was the only battle Uncle Smith fought in. Something must have happened to him at St. Mihiel (poison gas??) that changed him from a healthy (if over-age) Marine, to a semi-invalid, in and out of hospital until his death three years later. The military records (sketchy as they are) say he was “sick,” not wounded, adding to the air of mystery.