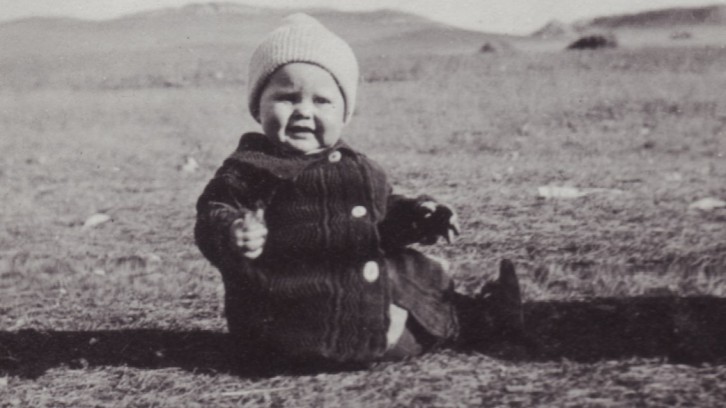 Eldest son of Isaac Larson and Anna Moen, Waldemar was born in hospital in Sidney, Montana. The same is true for all five Larson boys, although the family lived 25 miles east, in McKenzie County, North Dakota.

Waldemar married Irene Gladys Nelson. They followed my parents to Longview-Kelso, Washington. Early on, Walt worked as a mechanic, in his own business, I think. But as far back as I remember, he was a longshoreman at the large port docks in Longview.

Although we lived across town from each other, our families were frequent companions. Their son Kenny, several years my elder, was more like a big brother. Our house was conveniently close to Grandpa Isaac, and was a frequent gathering place for Walt’s family and others. Here are Irene, Walt, Myrna and Marcia on our front steps c. 1961. 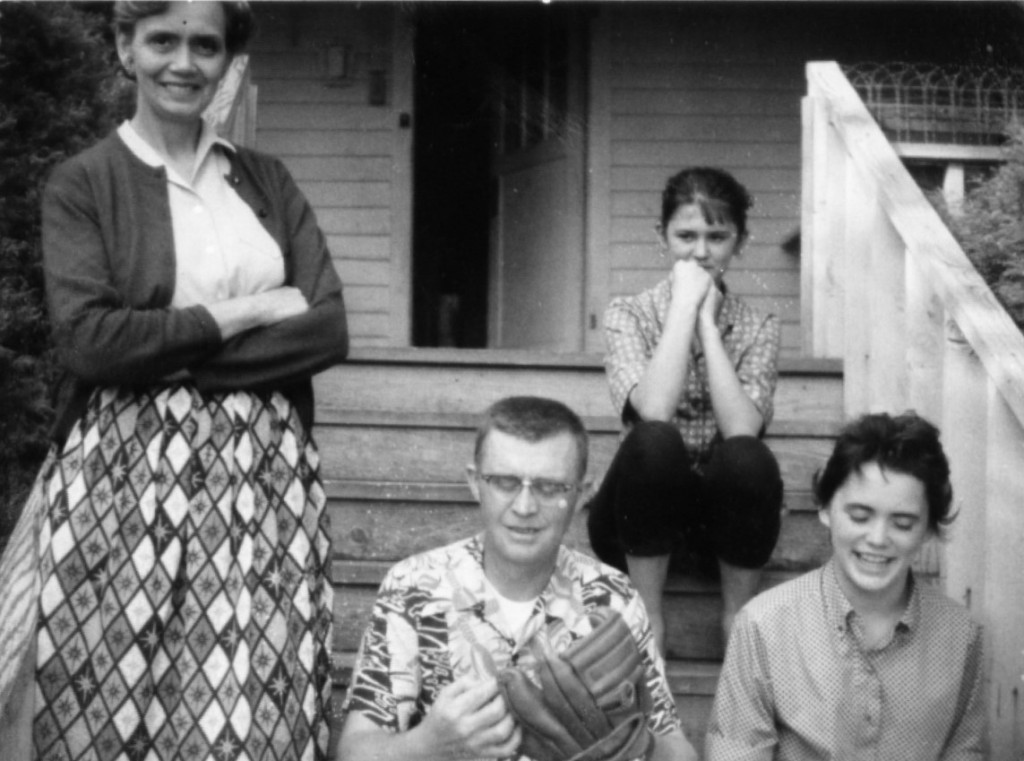 The “menfolk,” i.e. Walt, Lovell, Kenny, and George, played countless games of pinochle, and took dozens of hunting and fishing trips together. Uncle Walt retired in Southern California, where he died 17 Feb. 1989.