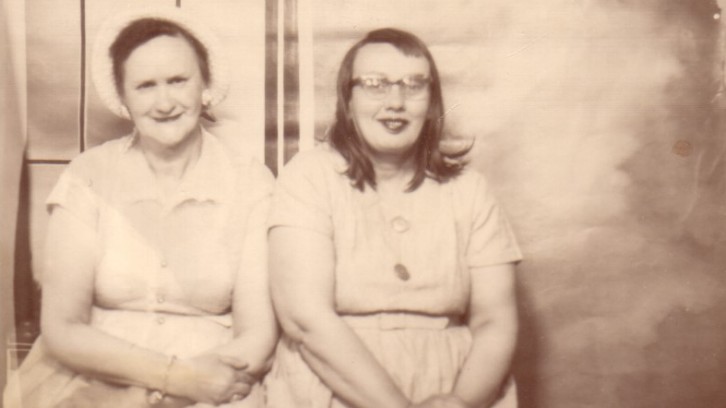 Died in Denver, Colorado, on this date in 1999: aunt Velma Myers (m. Arrietta, Washam), on the right in top photo. She was also featured on her birth date, 11 January. Velma was estranged from her parents when she married Jose Arrietta, a Mexican (scandalous, in the racist culture of the time). They were soon divorced; their two children were adopted by two different Mexican-American families, and none of us knew what had become of them.  When Velma died, Mom claimed her cremains, and buried them in her own cemetery plot in Castle Rock, Washington. I ordered the marker after Mom died; apologies for the incorrect death date (I mistakenly trusted the cemetery’s records without verifying). 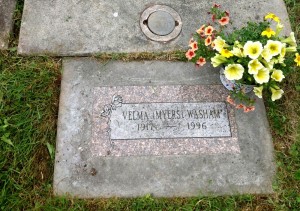 There had been no contact between Velma and her children since the family broke up. But in 2013, more than 70 years after the breakup, a granddaughter of Velma’s made contact with Uncle Barney Myers, and we have learned much more about this branch of the family. Velma’s daughter went by the name of Missy Valverde (Missy passed away in 2015). She is pictured below next to Uncle Barney. On the left is her daughter, Lisa Oleson, and on the right, Barney’s daughter Joyce. 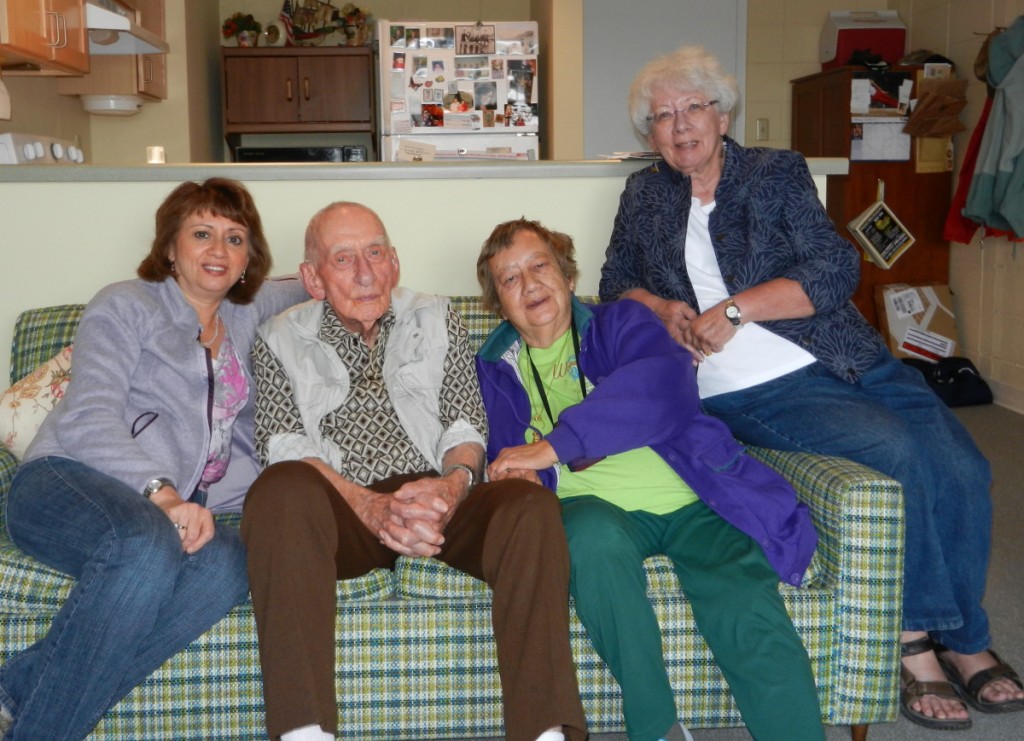 Missy passed away in early 2015. We are grateful that she was able to connect with her biological family.