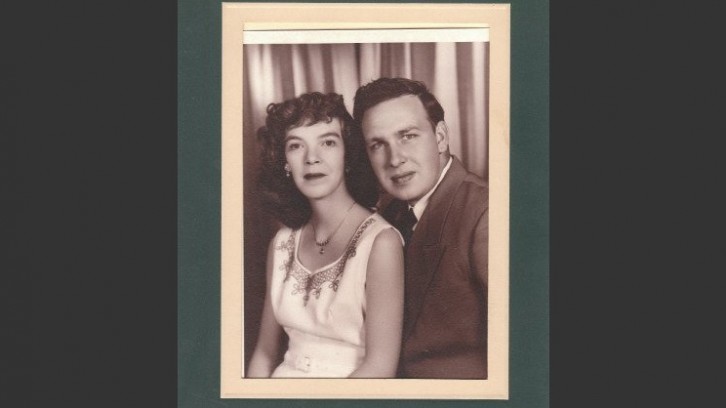 Born in Yerington, Nevada, on this date in 1928: second cousin Vivian Mae Van Arnam (m. Peterson, McNeil). Top photo: portrait with her second husband, Edgar “Bud” McNeil. Vivian was unknown to me until I began studying the family in depth. She was the daughter of Charles Van Arnam, son of Aunt Nora (Lenora Brown Myers), who was sister of grandfather Dan Myers. Her story is a poignant one, and involves some “lost” cousins that have yet to be successfully identified.

Vivian first married at the end of WW2, when she was 16 years old, to one Donald D. Petersen, a young Marine back from the war. 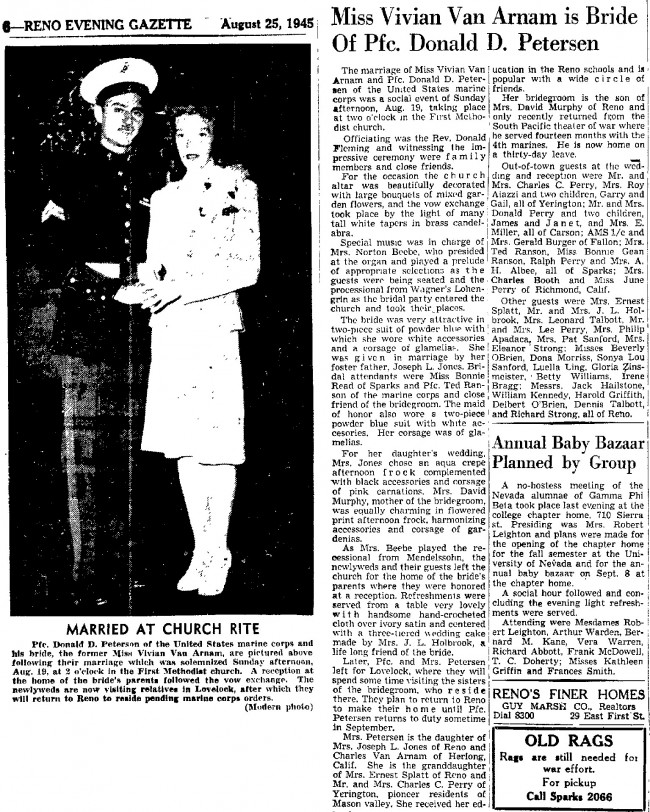 They had two sons, then separated in what must have been a bitter divorce. Family lore has it that Vivian’s mother maneuvered to have the boys stay with their father (!-rather than with Vivian, her own daughter). Be that as it may, the boys had little or no contact with their mother, who eventually remarried and adopted two children with Bud McNeil. It was one of these children, Michelle McNeil Candee, who provided me with a lot of my information on this branch.

I have made some efforts to locate Vivian’s two biological sons, without success. There are so many Donald and Dennis Petersens out there, it’s a real needle-in-a-haystack, even with one approximate and one precise birth date. I did locate a death record for their father, who died in Yerington in 2002.