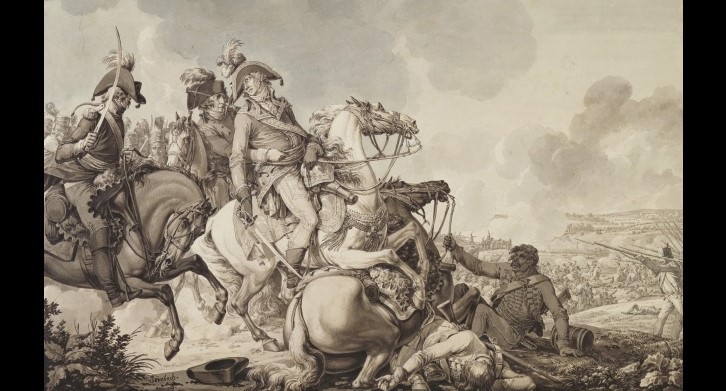 We continue the French Revolution name-line with distant cousin Desaix B Myers, who died in Santa Barbara, California, on this date in 1992. Perhaps “Jr” should be added, as his father was also Desaix Brown Myers (1882-1962). It was his grandfather, Talleyrand Desaix Myers, whose birth we featured just yesterday. And, his son, also named Desaix but often called Terry, is retired from a long career in the US Foreign Service, and is currently a professor at the National Defense University in Washington, DC. Once again, images here are not of our relative, but of his ultimate namesake, Louis-Charles-Antoine Desaix. At top: The Death of Général Desaix, at the Battle of Marengo, 1800, by Jacques François Joseph Swebach (1769-1823). Below: statue of Desaix at the Louvre. 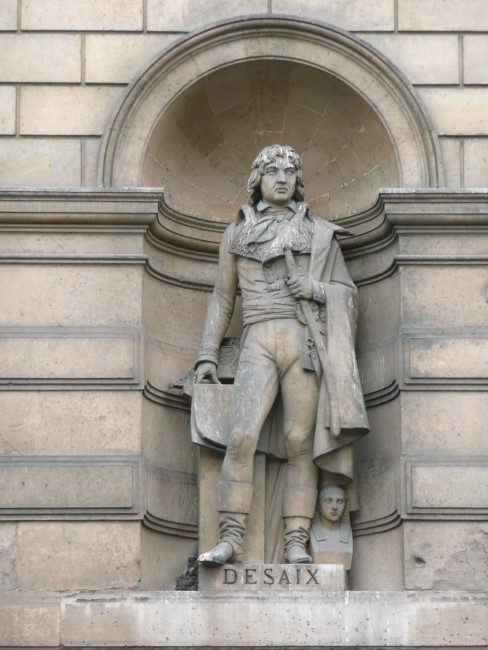