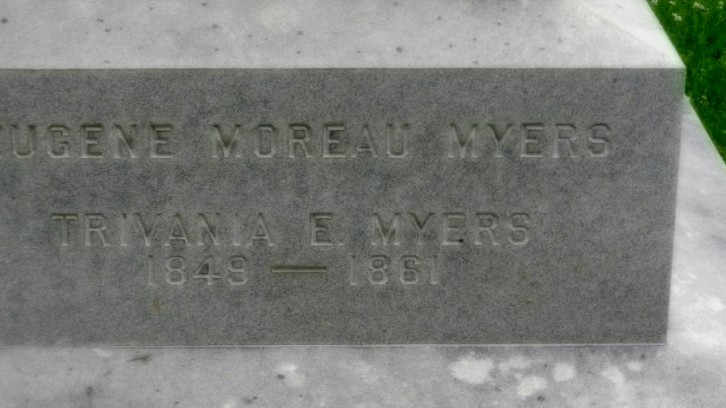 Died in Frederick County, Maryland, this day in 1861: Triviana E Myers.  Our relationship is quite distant, but I was privileged to pay respects on my 2013 journey. 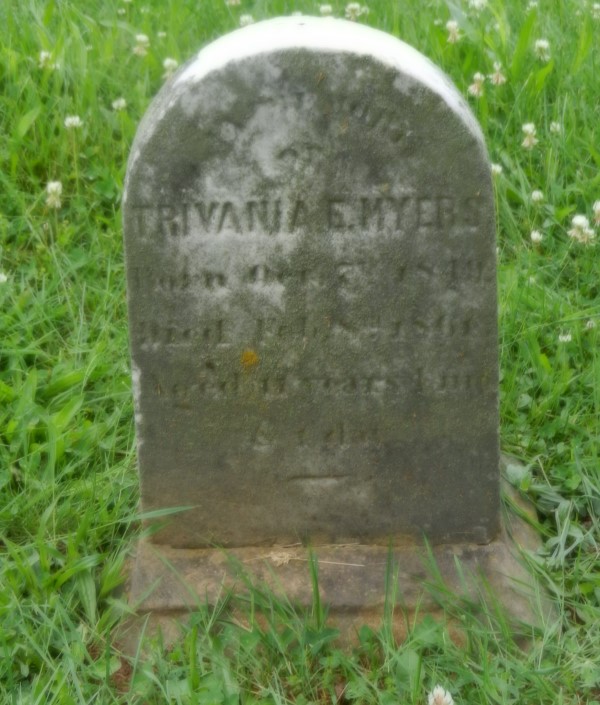 Triviana died at only twelve years old, but she had several siblings who raised families in Maryland and nearby. Her grandfather was Michael Myers, who was my main study interest in Frederick County. In addition to the small stone pictured above, Triviana’s name is inscribed on the same massive monument where Michael’s tribute is found (see top photo). 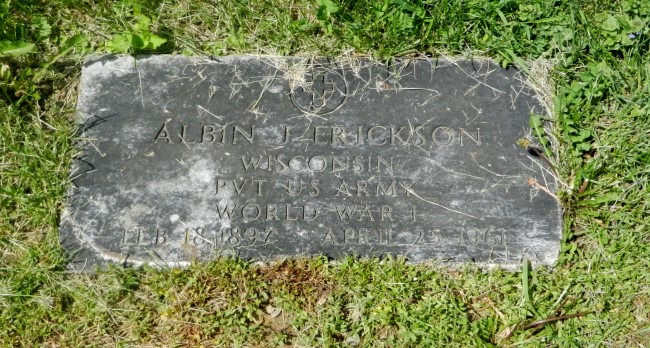 Born in Vernon County, Wisconsin, this day in 1897: Albin Julian Erickson, son of John Erickson and Anna Caroline Hanson (niece of Ole Larson), thus first cousin (once removed) of Isaac Larson, on his father’s side. In 1919, Julian married Myrtle Samuelson, creating a remarkable situation. Myrtle was first cousin to Isaac Larson, on his mother’s side. So, while the husband and wife were not biologically related, their numerous children, grandchildren, etc. are double cousins with the Larsons. 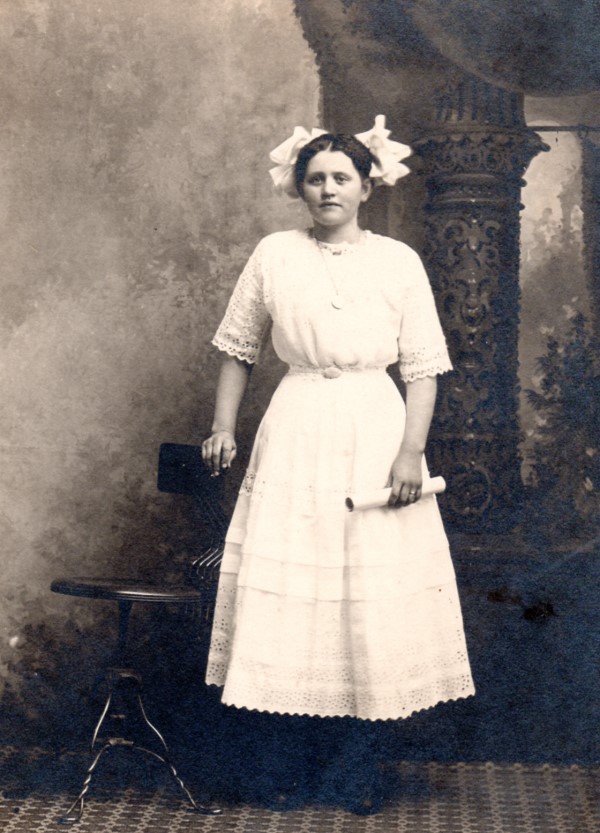 But it was John Erickson’s brother Oluf (he insisted on the Swedish variant) who became close friends with Axel and Isaac Larson, and eventually joined them in the North Dakota homestead country. Read More …