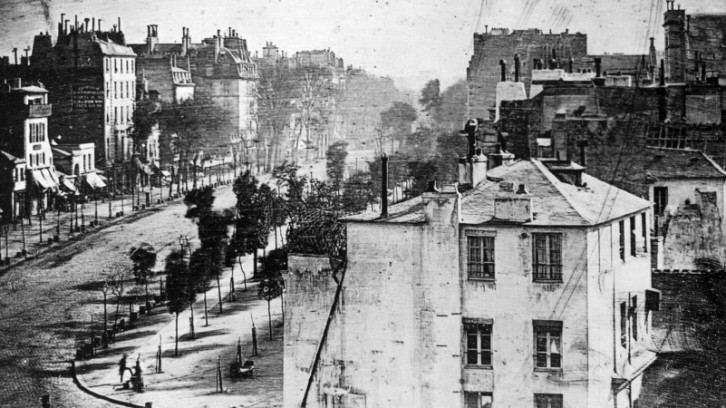 No close family anniversaries. Born in  Cormeilles-en-Parisis, France, on this date in 1787: Louis Daguerre, artist, inventor, and most famously, the “father of photography.” Daguerre developed(!) the first photographic process to achieve popular use, which became known as “daguerreotype.”  He sold the rights to his invention to the government of France, which released the details freely to the public in 1839. Top photo: detail from Daguerre’s photograph “Boulevard du Temple,” made in 1838.

In its early form, the process required exposure times of several minutes, making it most suitable for landscapes and other stationary subjects. It is said that the photo at top was the first “candid” photograph of people, although that is a bit of a stretch. Because of the long exposure, traffic in the street does not appear at all, but a bootblack on the corner, and his customer standing for a shoe-shine, remained still long enough to be captured, however unclearly. 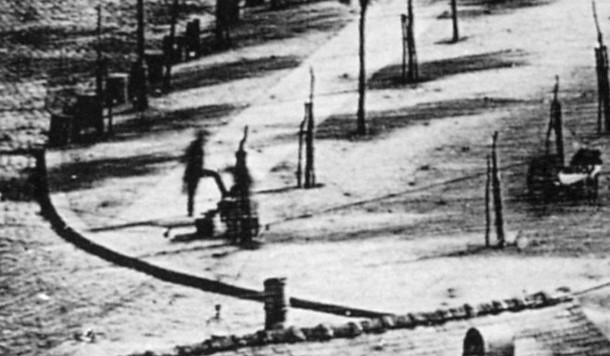 Daguerreotype was undoubtedly the process used to make a photo of great-great-grandparents Henry Bennett Myers and Leonora Brown in their wedding attire in 1847. Portrait photography was challenging in this early period, as subjects had to remain perfectly still for a very long exposure. 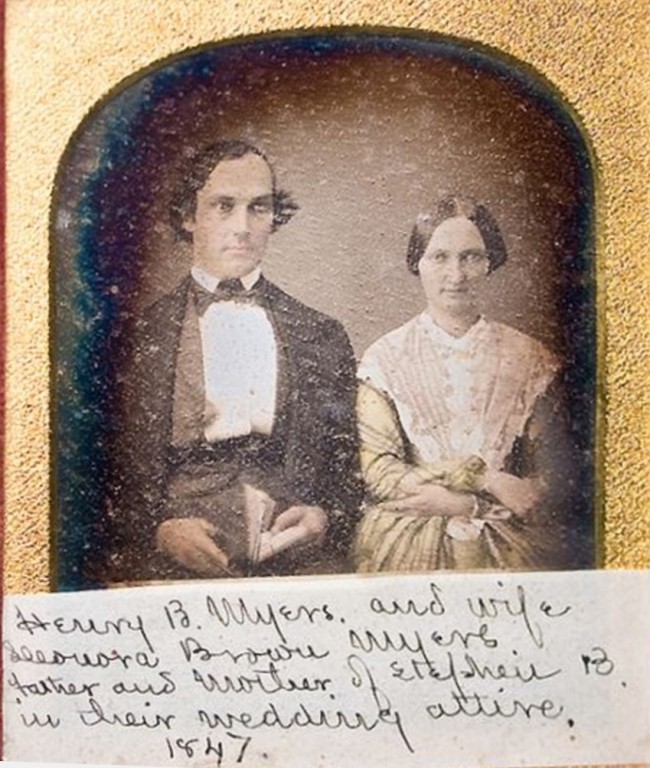