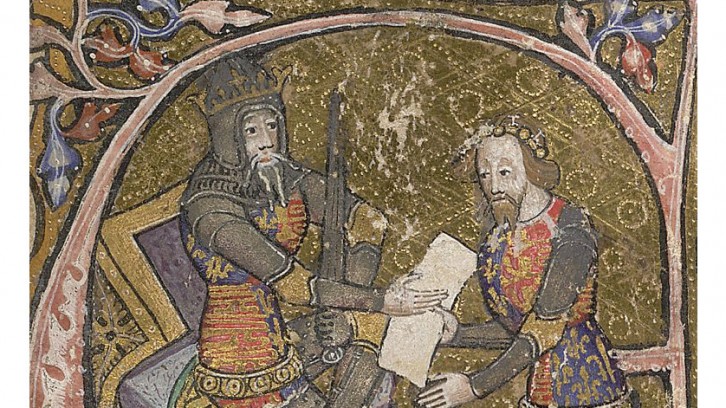 No close family anniversaries. Not with documentation, anyway. But our anecdotal 19th great-grandfather died in London, England, on this date in 1377. I refer to King Edward III of England. Depicted above making a presentation to his son, Edward the “Black Prince.”

Edward III was crowned at age fourteen, after his father was deposed by his mother and her lover Roger Mortimer. At age seventeen he led a successful coup against Mortimer, the de facto ruler of the country, and began his personal reign. Edward’s mother, the wife and mortal enemy of his father, Edward II, was Isabella of France, known as “the she-wolf.” Read more … 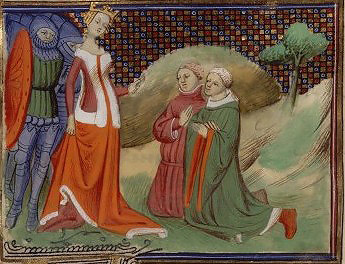 Edward III also had the misfortune to be king at the time the Black Death struck England. In fact, his own daughter was one of its first victims in 1348.