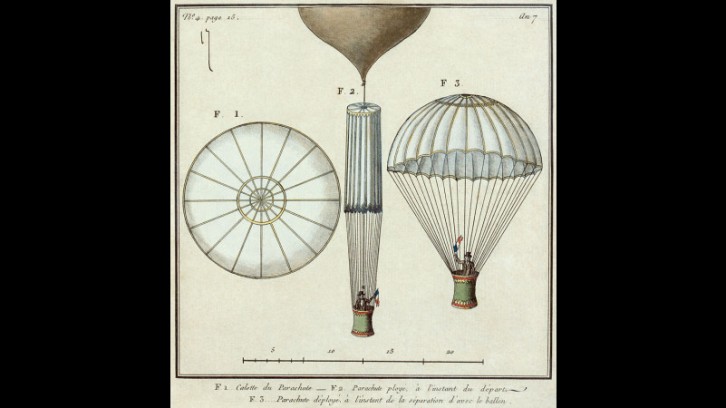 On this date in 1797, André-Jacques Garnerin made the first high-altitude descent in a parachute. The contraption is depicted in the schematic diagram above, dated from the early 1800s, and below, in an illustration from 1870. Garnerin descended from a hydrogen balloon at about 3,000 feet above ground. He was shaken but not injured upon landing. The illustration appears to show the balloon malfunctioning, but that is not a known fact. 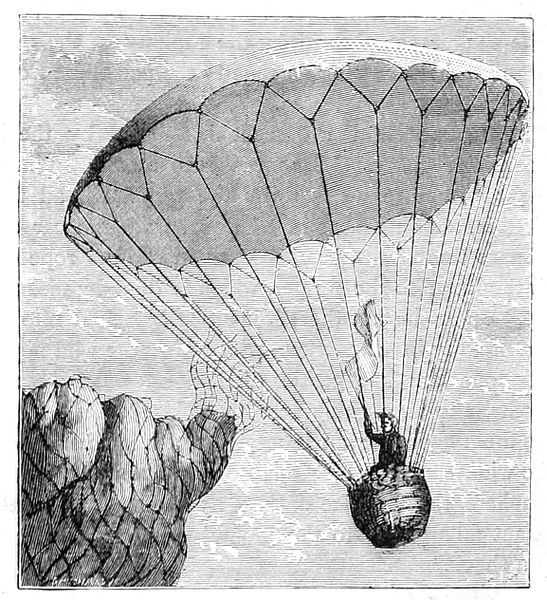 Married in Vernon County, Wisconsin, on this date in 1919: Albin Julian Erickson and Myrtle Samuelson. An interesting matchup, as the bride and groom, while not related to each other, were both first cousins of my grandfather. Thus, their descendants are my (distant) cousins, twice over. We have remarked on this oddity several times, most recently on 18 February and 12 May.