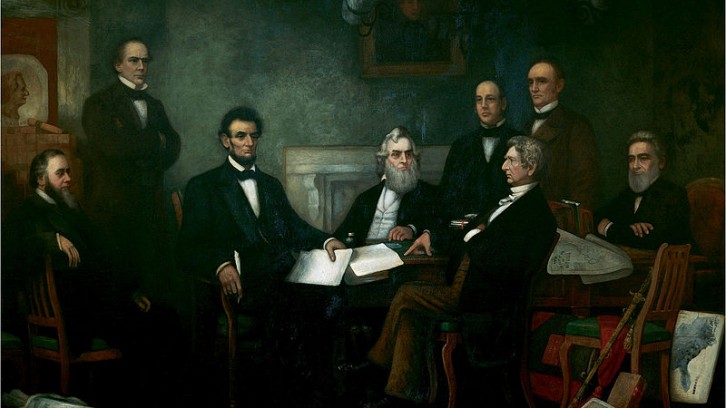 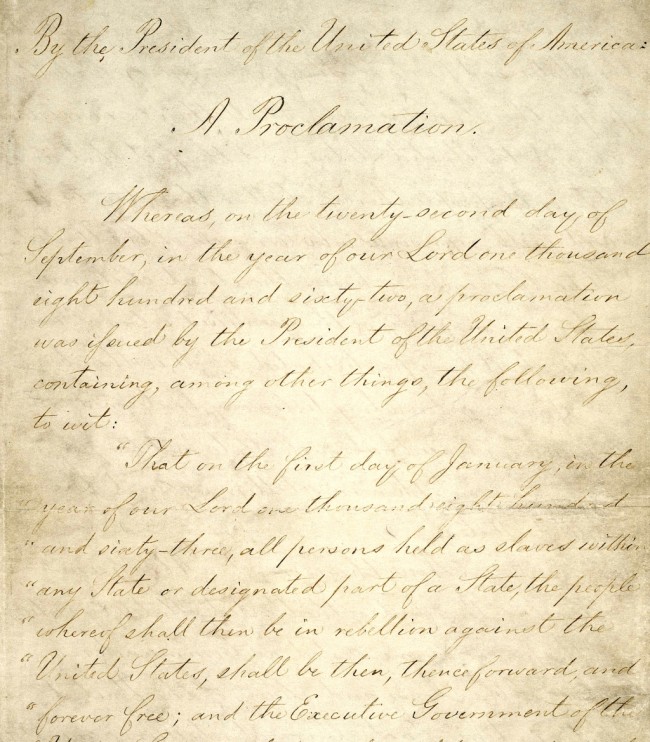 The proclamation was limited in scope; it freed only those slaves held in states that were still in rebellion, with several other constraints. Its symbolic power, however, was sweeping, inspiring, among other things, this untitled painting (c. 1863) by Henry Louis Stevens, depicting a black man reading a paper with headlines announcing the proclamation. 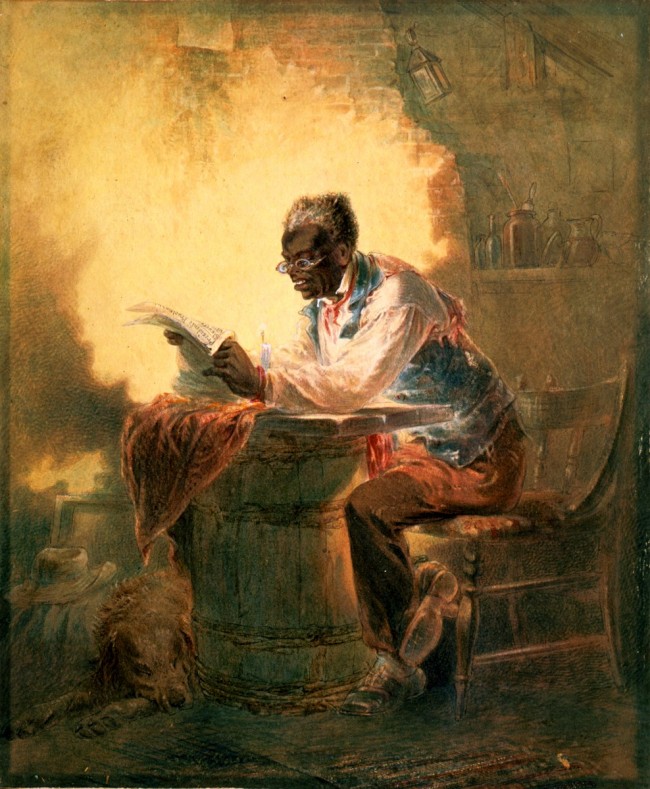