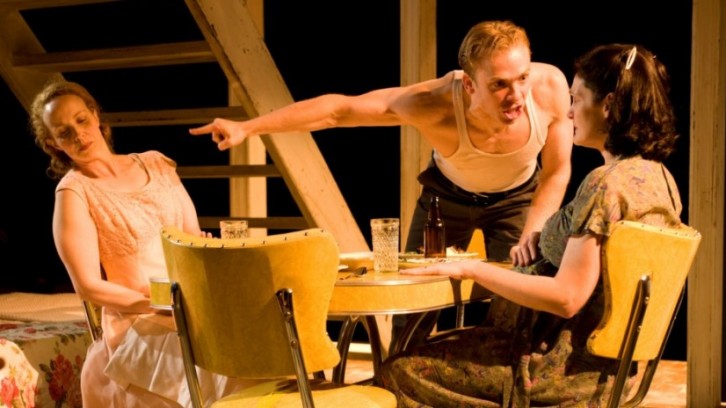 No close family anniversaries. On this date in 1947, the play, “A Streetcar Named Desire” opened on Broadway (top photo is not from the original production). It was a great hit, and also ground-breaking for its realistic portrayal of sexuality and domestic brutality. The drama, written by Tennessee Williams, was a smash hit, and propelled the 23-year-old Marlon Brando into instant stardom. While the 1951 hit movie,  also starring Brando and Vivian Leigh, was “sanitized” in some respects, the clip below conveys some of the edge that early 20th-century audiences must have felt.