Born in Mainz, Germany, on this date in 1759: the patriarch of my mother’s clan, Philip Myers. He came to America as a seven-year-old with his parents, who are as yet not positively identified. He grew up in Maryland, fought in the Revolutionary War, and later settled in the pioneer community called the Wyoming Valley of Pennsylvania. Philip’s life and family are well documented in history books, and on this site. He is buried at Forty Fort Cemetery, Luzerne County, Pennsylvania. 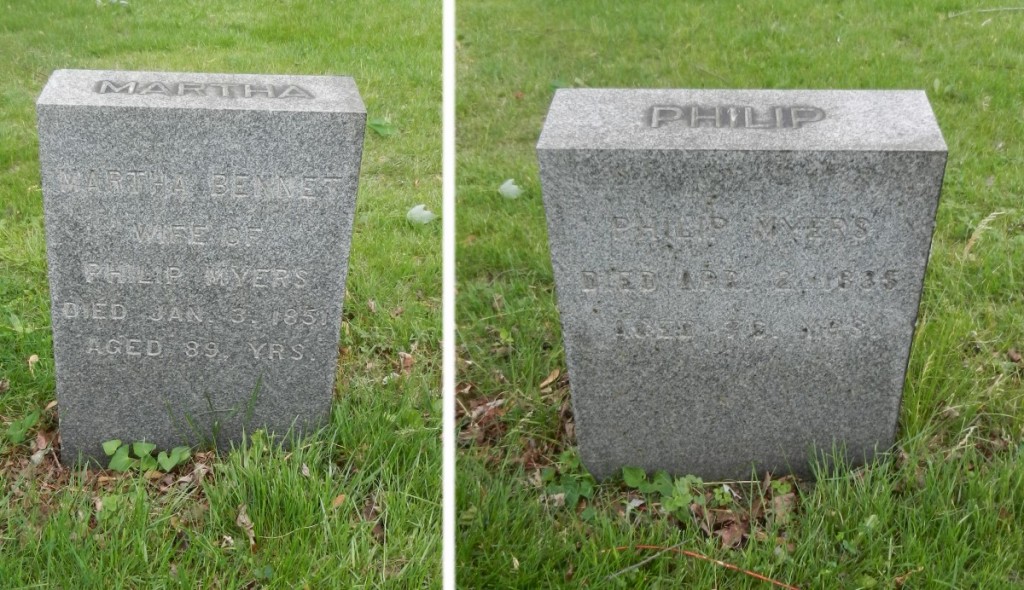 I am still investigating whether his actual grave, and those of his wife and two brothers, are marked by the monuments standing today, or whether those stones were placed after more than 1,000 graves were destroyed — washed away — in the catastrophic flood of 1972. After the flood, hundreds of unidentified, recovered caskets were reburied in a mass grave with a large monument, some distance from the current Myers stones. 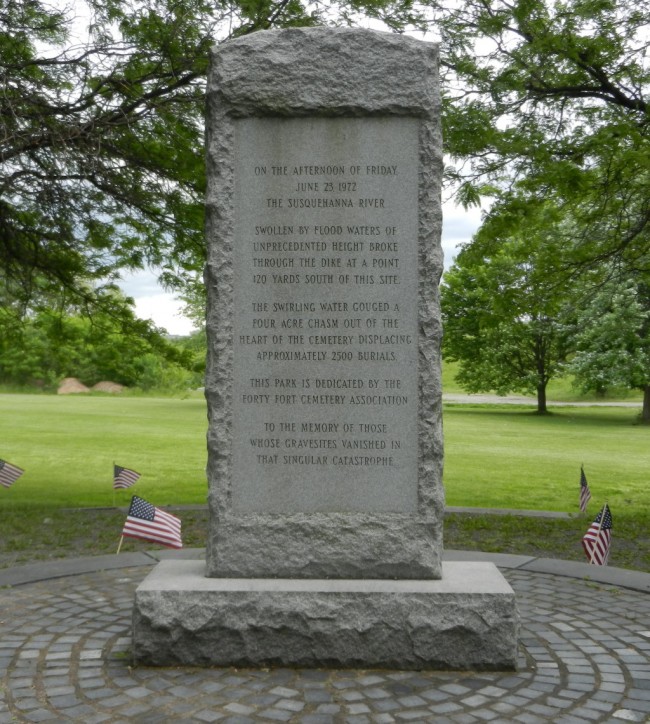