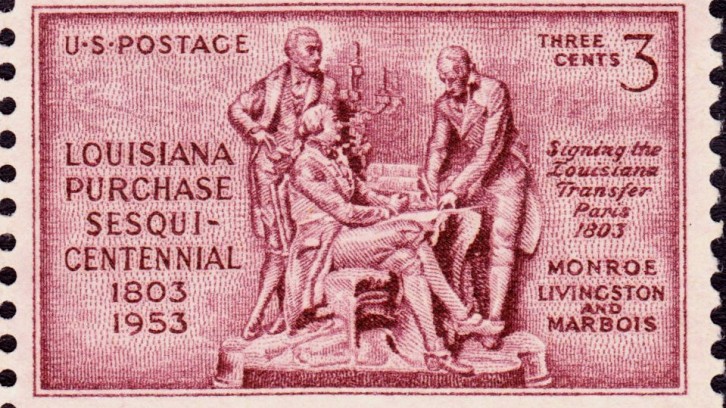 No close family anniversaries. On this date in 1803, negotiations were concluded for the United States to purchase the Louisiana Territory from France, more than doubling the land area of the US at the time. The signing, depicted above, took place a few days later, but the document was antedated to 30 April. Shown below: the land purchased, superimposed on a map of the modern United States. 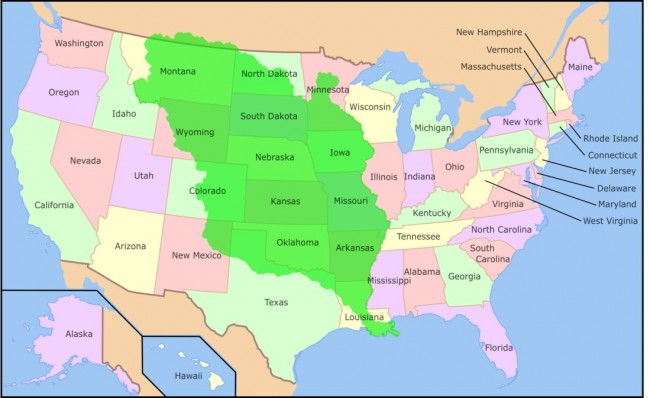