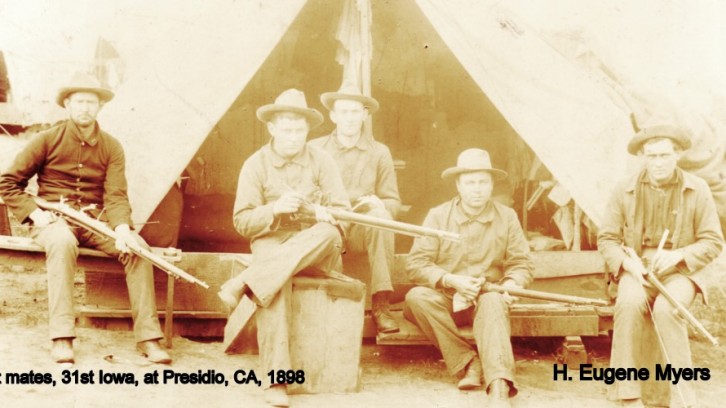 Buried in Luna County, New Mexico, on this date in 1912: Granduncle Harry Eugene Myers. His birth date was noted on 31 May. Cousin Paula Howell located his grave at a military cemetery in New Mexico, inscribed “civilian.” Paula protested, offering proof that Uncle Gene saw combat with the 31st Iowa regiment in the Phillipines during the Spanish-American War. While the authorities acknowledged that she was correct, they declined to replace his grave marker.