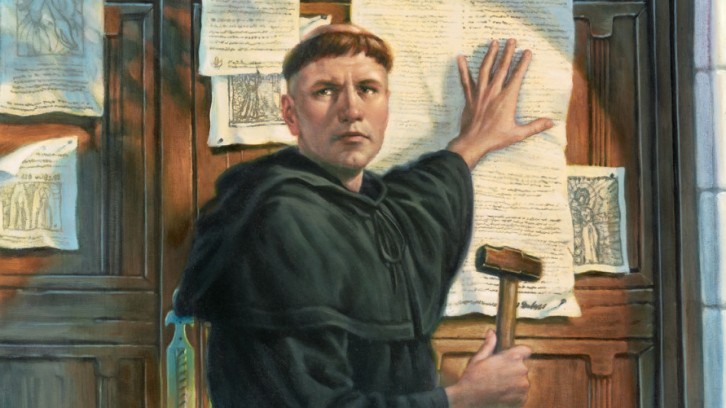 No close family anniversaries. On this date in 1517, in Wittenberg, Saxony (a part of present-day Germany), a disgruntled young monk named Martin Luther posted his “95 theses” — criticizing a certain practice of the Roman Catholic Church — on the door of the palace church. This event is generally regarded as the beginning of the Protestant Reformation in Germany. However, recent scholarship has cast doubt on whether the document was actually nailed to the church door. In any case, it was widely circulated, and set in motion events which could hardly have been predicted, and almost certainly were not intended by Luther himself.