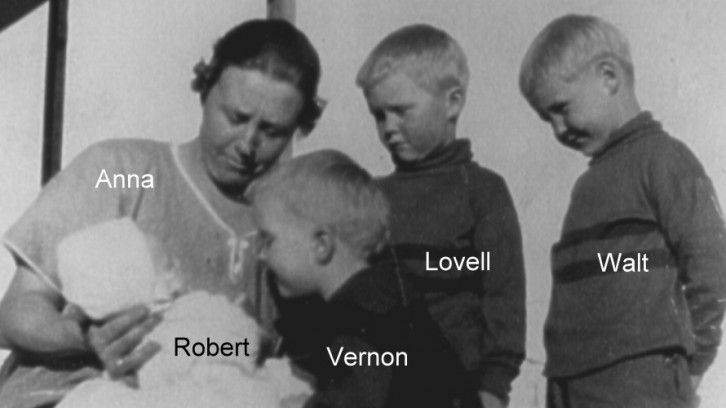 Born in Sidney, Montana, on this date in 1919: Uncle Robert George Larson. I don’t know where his middle name was from, but it was the inspiration for my own first name. Uncle Bob was a sailor in World War 2. 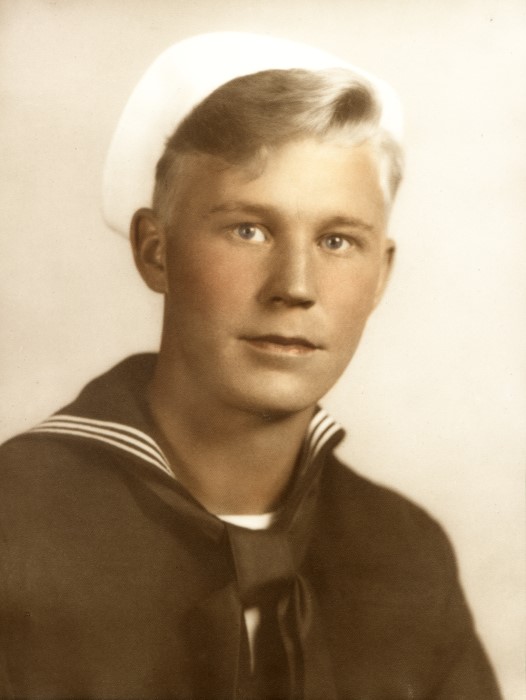 Afterwards he became an aeronautical engineer, working on top-secret defense projects during the Cold War. He and Aunt Bernie raised seven children. The eldest five are pictured below, around 1960. 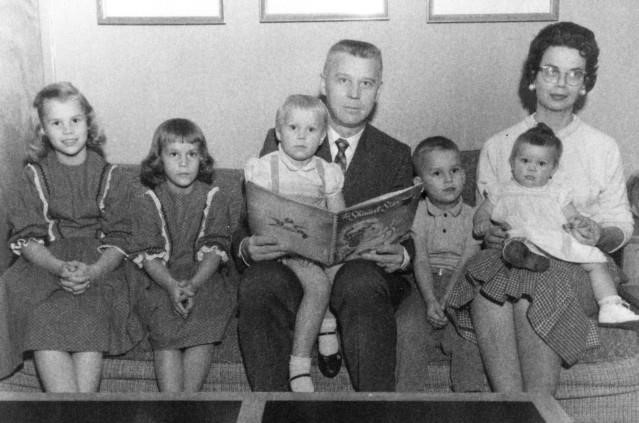