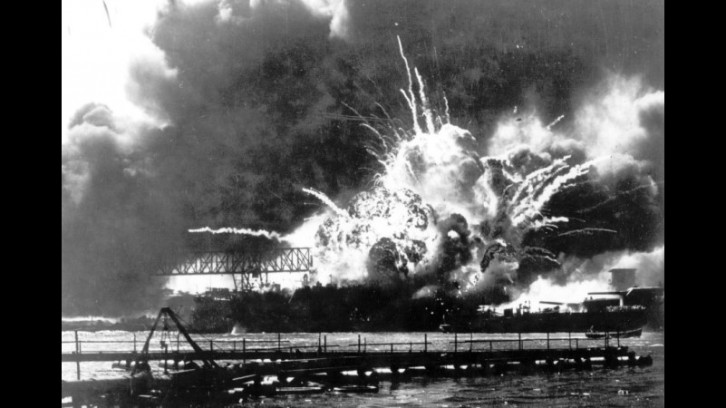 No close family anniversaries. Of course today marks the “day of infamy,” as on 7 December 1941, the Japanese air force attacked Pearl Harbor, Hawaii, plunging the United States headlong into World War 2. Top photo: explosion of the destroyer USS Shaw. Below: the same area from a different angle, after the attack. 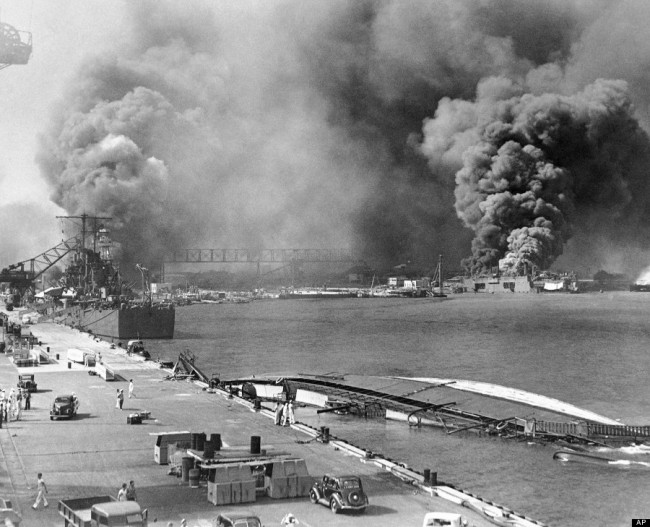 In this image provided by the U.S. Navy, a pall of smoke filled the sky over Pearl Harbor, Hawaii on Dec. 7, 1941, after the Japanese attacked. In the foreground is the capsized minelayer, the USS Oglala, and to the left appears the moored USS Helena, 10,000-ton cruiser, struck by a bomb. Beyond the superstructure of the USS Pennsylvania, and at the right is the USS Maryland, burning. At right center the destroyer Shaw is ablaze in drydock. (AP Photo/U.S. Navy)