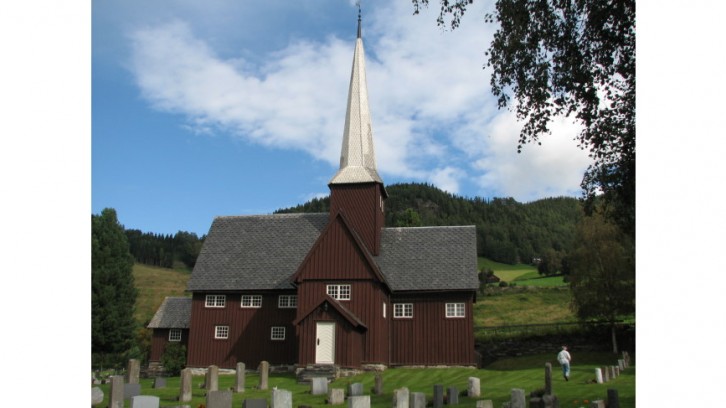 My paternal great-grandparents (parents of my father’s mother). Gunder Torgersen Moen was born in Faavang parish, Norway, at the farm Opsalhaugen. Top photo: Faavang Church. The stone fence around the churchyard was built by his father, Torger Gundersen, who at the time was residing at a place called Stenumgardskleven, hence the initials T.G.S. etched in a gatepost stone. 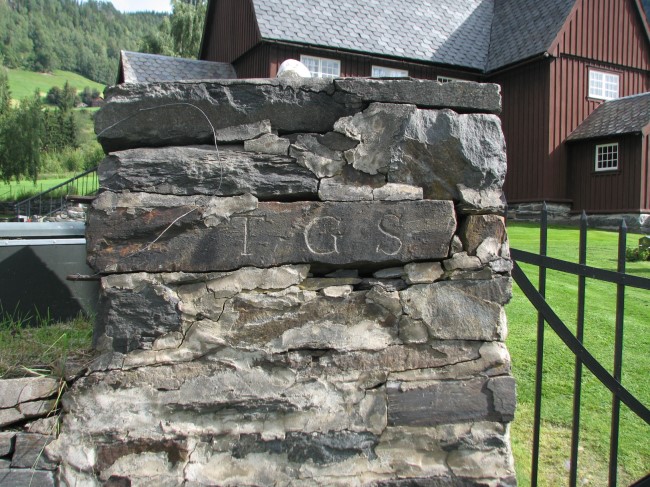 Gunder came to Coon Prairie, Wisconsin, with his parents in 1877, at the age of ten. They apparently adapted their surname, Moen, from the last farm where they lived, Rørviksmoen.

Marie (alt. Maria) Volden was born in Coon Prairie in 1858, the year after her parents immigrated from Sør-Fron parish, The Volden farm is only a few kilometers from Skurdal, where Ole Larson was raised. I found no evidence the two families knew each other, but it is quite possible. Of my father’s four grandparents, Marie is the only American-born.

Below are Gunder and Marie with their three eldest children, Tom, Alma, and Alfred. My grandmother, Anna, was the next born (1888), probably not long after this portrait was taken. 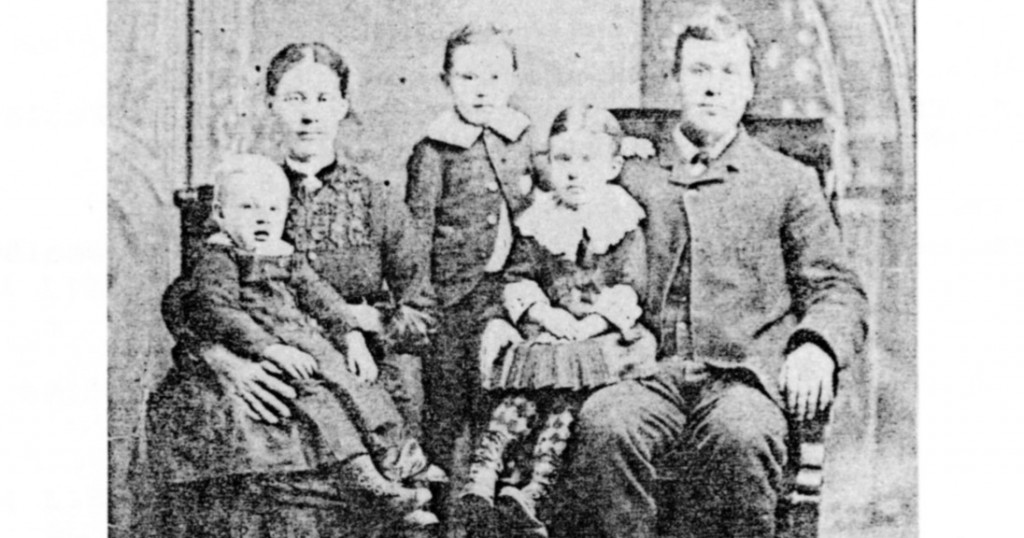 The only other photo I have of Gunder and Marie was taken years later. It includes two of their younger children, and Gunder’s parents and elder brother. 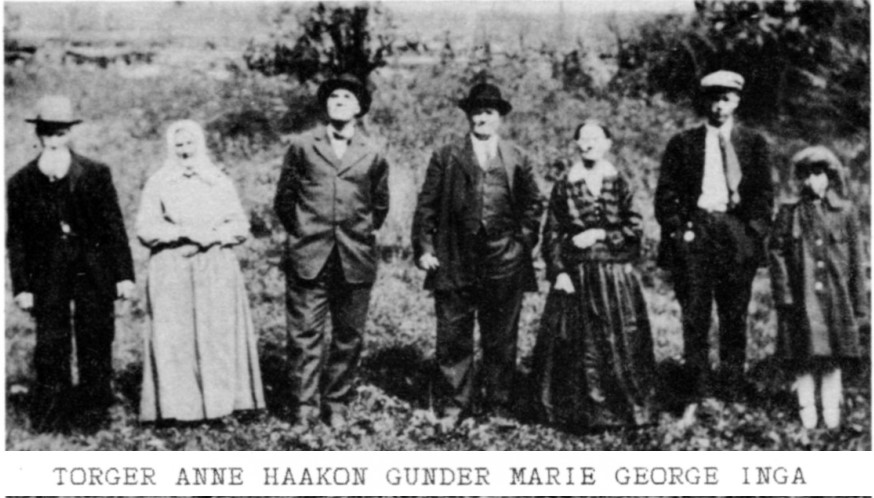 Gunder and Marie are buried at Brush Creek, along with so many of my ancestors. 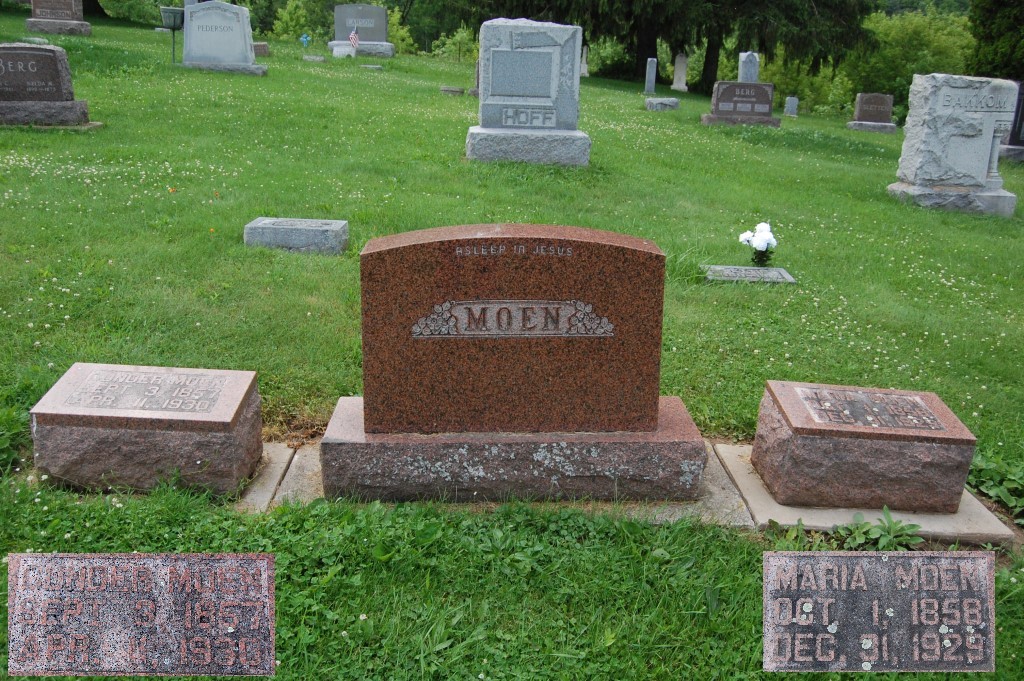