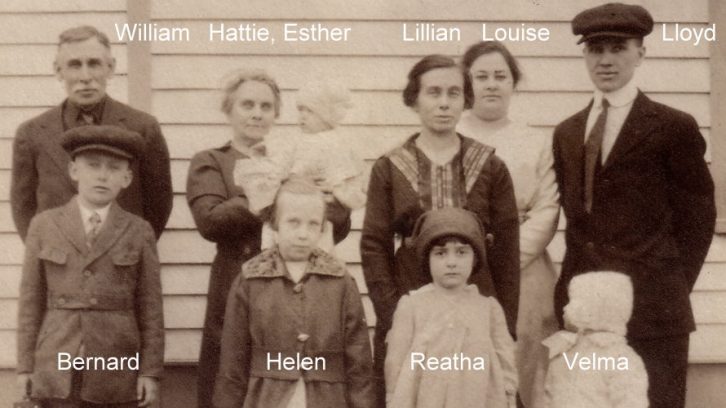 My maternal great-grandparents; that is, parents of my mother’s mother. William Theodore Drayer was born in Kankakee County, Illinois, on 24 August 1859. His parents had come from Ohio and Maryland.

Hattie (alt. Hannah) May Sprung was born in Huron County, Ontario, Canada, 24 January 1861. She was a daughter of Richard and Anna (Hudye) Sprung. Her family appears, with some name discrepancies, in the Canada censuses of 1851 and 1861, and US censuses of 1870 and 1880. Richard’s father was David Sprung, an early resident of Prince Edward County, Ontario, where his father, Gabriel Sprung, was a bona fide pioneer. Click here for Gabriel’s story. Sometime during the next several years, her family immigrated to Illinois, where she eventually met her future husband. They were married in Kankakee County  on 7 May 1884.

Hattie’s parents later moved to Lincoln, Nebraska, and William and Hattie settled and raised their children in Frankfort, Spink County, South Dakota, where they operated a meat market (or, a general store that included meat sales). Like so many extended families, the Drayers were expanding west with each generation.

I have only a few pictures of William, all from his later years. The top photo is from around 1920, and includes both of the Drayer children, and the first five of Grandma Lillian’s six (including my mother). Below are two photos taken on the Drayers’ 50th anniversary in 1936. 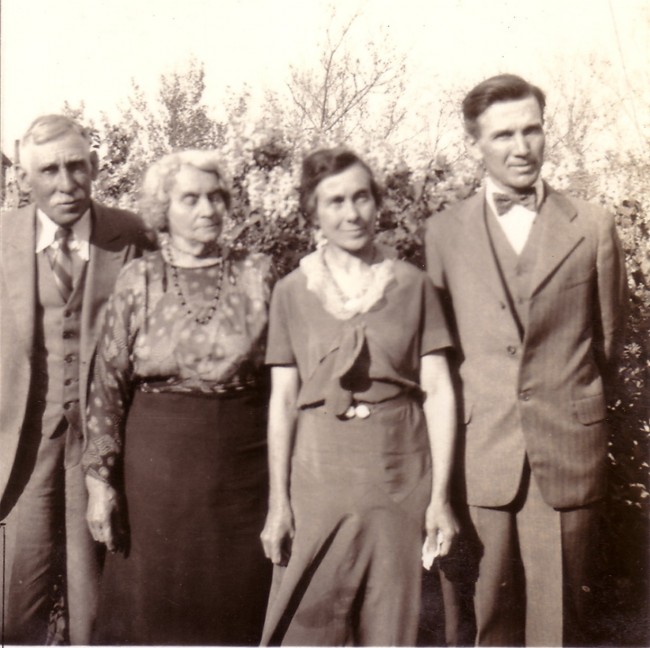 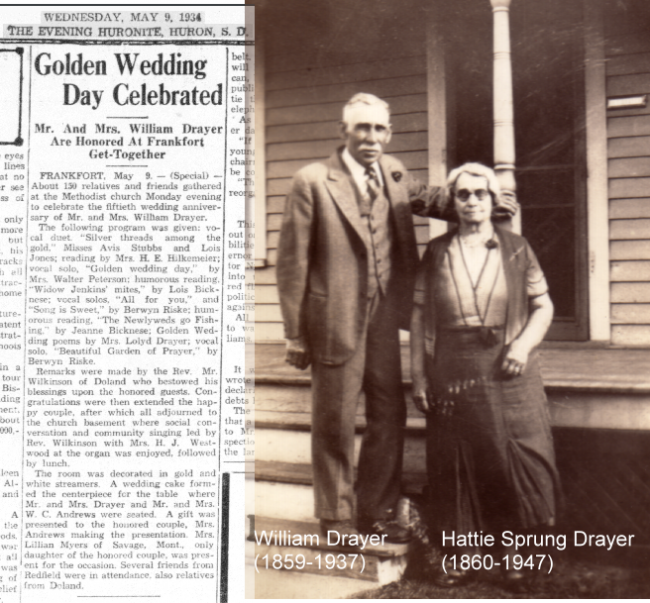 There are more photos of Hattie, including a darling portrait with her little daughter. In Lillian’s old age, some of the grandchildren called her “Baby Grandma,” because of her petite stature. But here she is when she really *was* a baby. 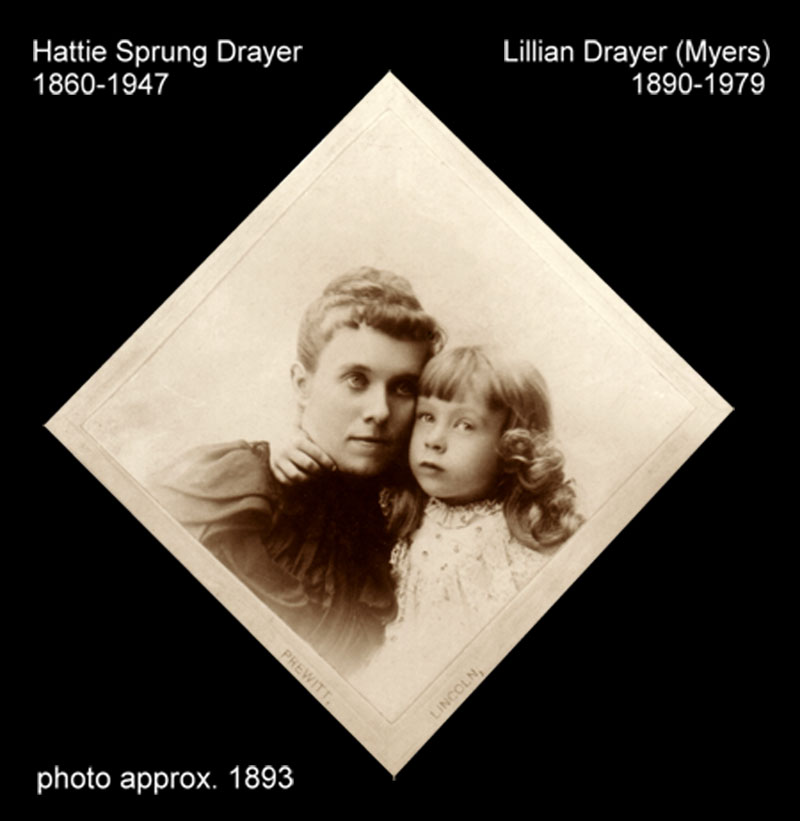 Hattie was the last great-grandparent to pass, just five days after I was born, in 1947. William and Hattie are buried in Frankfort’s town cemetery. 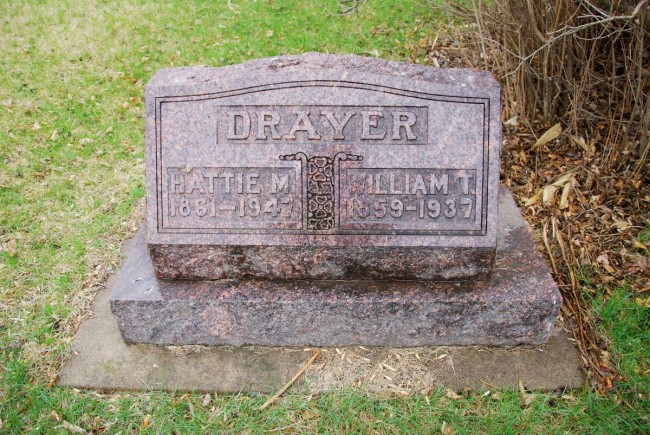